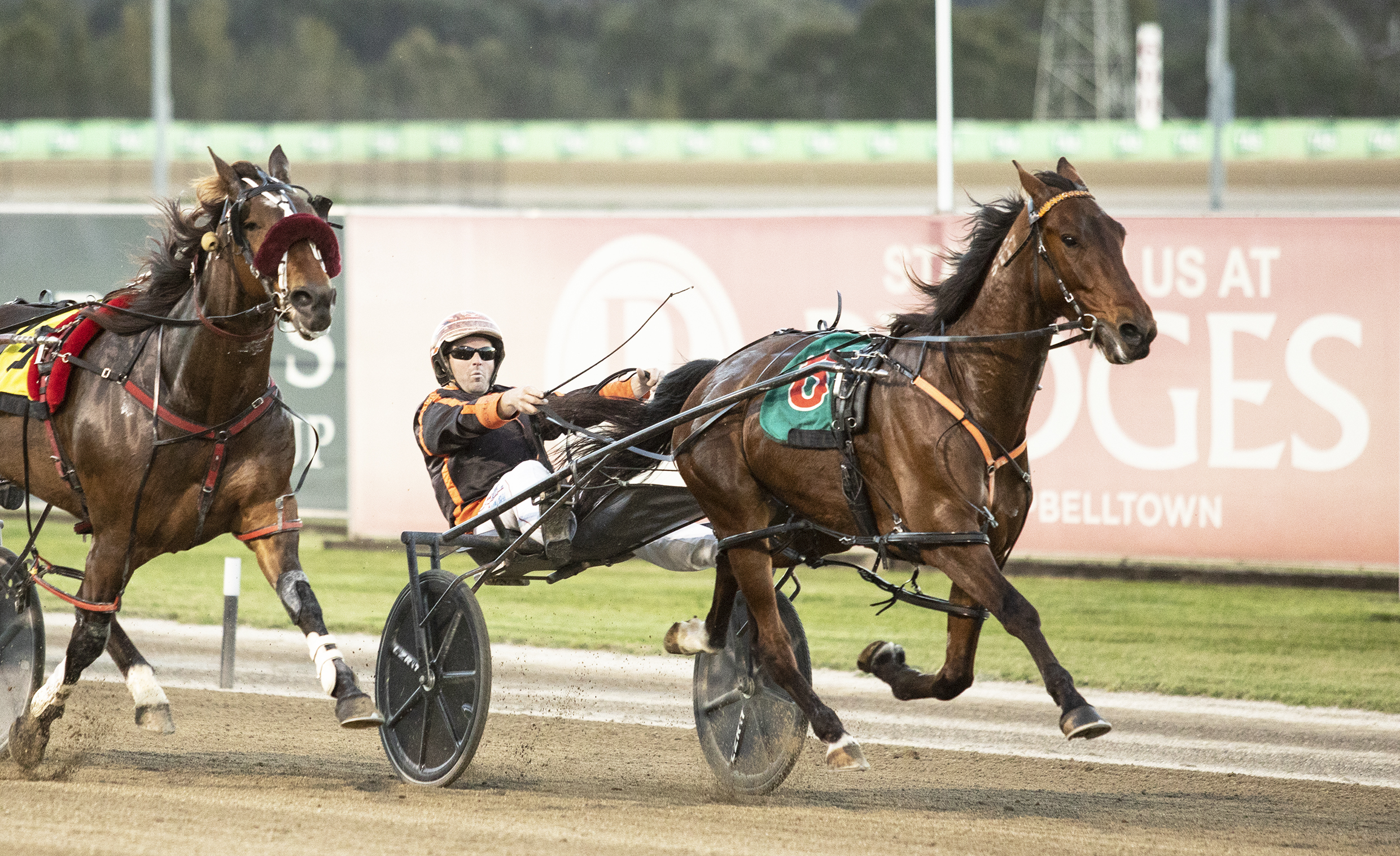 Moka1 Penrith17
MINI-TROTTING has given many fine young drivers the harness racing ‘bug’ and brought a lot of new faces into the sport. And that ‘link’...

MINI-TROTTING has given many fine young drivers the harness racing ‘bug’ and brought a lot of new faces into the sport.

And that ‘link’ could be the reason another former mini trot driver Seaton Grima scores with a former Kiwi pacer at Penrith tonight when the unusually-named Gimmefiveminutesmore goes around in Race 3.

Cranebrook trainer Jacqueline Graham admits she has no idea how Gimmefiveminutesmore got his name, but he is already shaping as the best horse she has prepared . . . after just one Australian start.

And she has her fingers crossed the gelded son of Christian Cullen can add to that record at Penrith tonight, where he has been installed as a $4.50 early favourite.

“When I looked at the breeding I had no idea how they came up with that name,” she laughed.

“A friend found him and we had been looking for one from New Zealand and saw him advertised on the Trading Ring; We looked at his replays and decided to go for it.

“He’s a lovely horse, so fingers crossed, we’ll be right.”

Graham describes herself as a hobby trainer but has loved the sport all her life and after buying some land at Cranebrook a few years back decided she’d give it a crack.

“We fast work at Hawkesbury and I drive them myself.”

Graham is the secretary of the Penrith and Nepean Mini Trotting Club and saw Seaton Grima caught her eye when driving the ‘minis’.

“He drives well and when he moved up to the bigger horses I was happy to give him a drive,” she said.

Graham said Gimmefiveminutesmore had good gate speed and would be improved by his run when a three-metre second placing behind the talented Its Mesmerise at Penrith last week.

“That was his first start over here and drawing seven he really had nowhere to go,” she said.

“Hopefully tonight he can go forward and Seaton can make a decision on what to do and make his own luck,” she said.

Like most in the Cranebrook (Penrith) region, Graham has been adversely affected by the smoke and nearby fires and has already had to evacuate her stables twice in recent weeks.

“I don’t muck around and the smoke has been really bad. The first fire probably came as close as about a kilometre away and I certainly wasn’t prepared to risk it, so we got them out,” she said.

On a bumper nine-race card at Penrith tonight, one of the better bets on the program appears to be the KerryAnn Morris-trained I Am Serengeti, who will have the services of stable driver Joe Moka in Race 3.

The veteran gelding ran a close second at Penrith last week and although Moka has driven him in a lot of his trackwork, this will be his first race drive on the gelding.