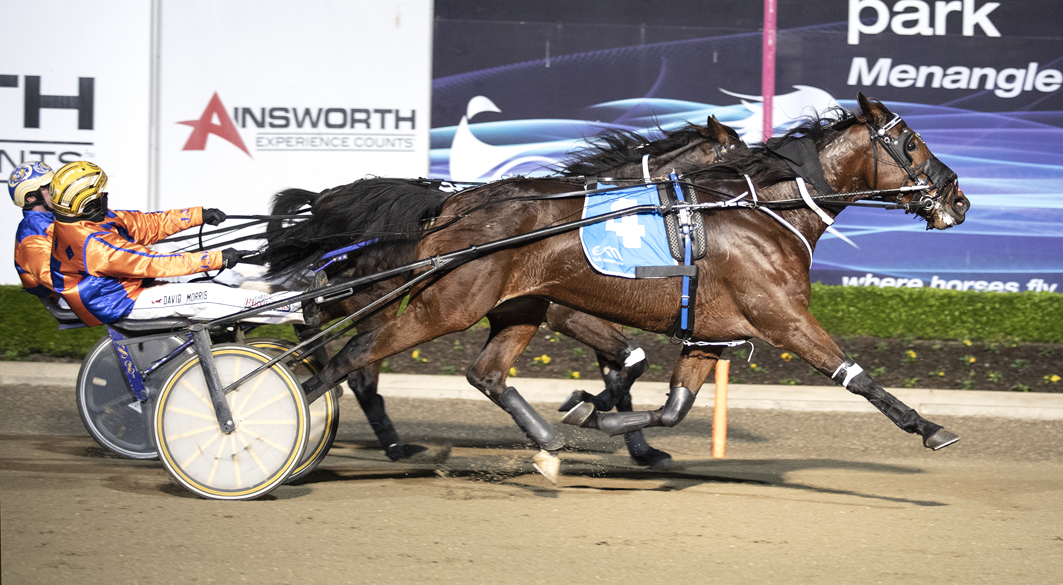 ROMPERS MONARCHY on the outside - Photo Laura Lebedeff

With multiple entrants in the Yamamoto Trotters’ Mobile, the Randos prepared the first four runners across the finish.

Having filled the quinella with stable representatives “plenty of times” it is the first occasion the pair has provided the trifecta.

“The closest we have come to having the first three home is a second, third and fourth,” Joe said. “We’ve run the quinella plenty of times with pacers and trotters but haven’t been able to get a trifecta.

“To have the four of them finish like they did is almost a perfect result.”

Naturally thrilled with their haul, Joe’s “almost a perfect result” remark stems from him finishing fourth, with the winner driven by David Morris.

After enjoying the run of the race behind the leader – Kowhai Monarchy – the mare sprinted to a 1:55.7 victory over a mile.

“Mary said she felt Rompers was the one to beat going on the way she’d been working,” Joe said. “David, Cameron Hart and Luke Alcorn could not have driven those three better.

“It would have been nice if I got the win though.”

Due to return to Menangle next weekend, the squaregaiter stablemates will then be sent for a short spell.

“There is a stand for them next week,” Joe said. “After that there isn’t much for them because of the Breeders’ Challenge races so they will have a break.”