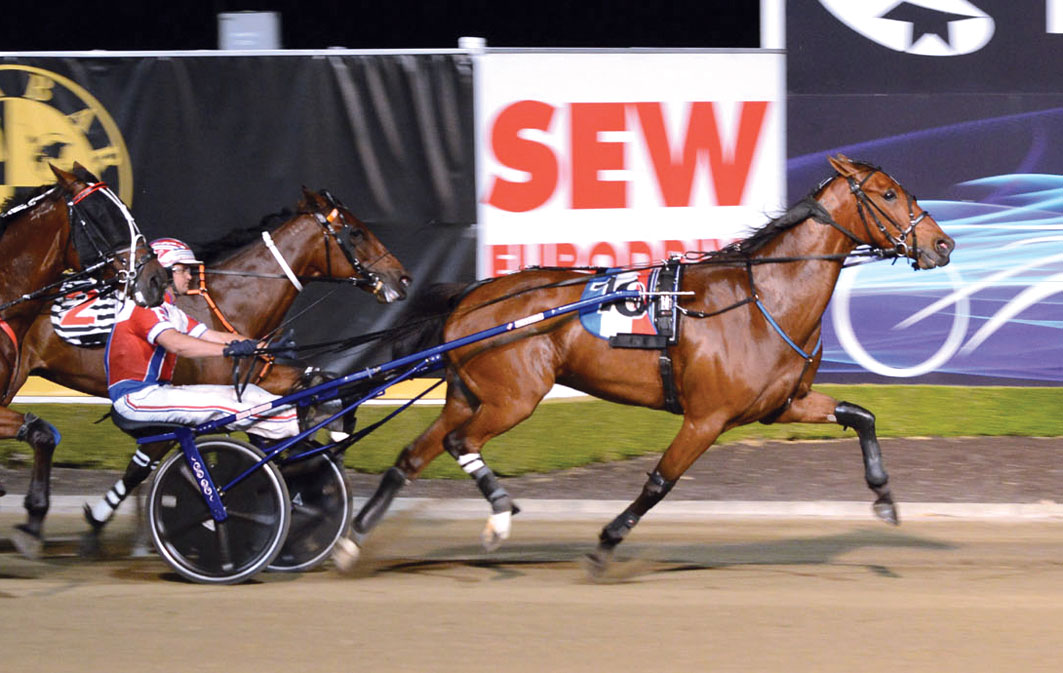 TASMANIAN horseman Todd Rattray got ‘one up’ on his famous father when he registered a couple of personal milestones in Launceston last night. Training...

TASMANIAN horseman Todd Rattray got ‘one up’ on his famous father when he registered a couple of personal milestones in Launceston last night.

Training his maiden quartet, Rattray’s haul included Our Summer Vacation, which also provided the young mentor with his first victory with a trotter.

Despite achieving everything possible in his home state during the past few decades, Rattray’s ‘old man’ Barrie is yet to train a squaregaiter.

In Barrie’s defence, trotters only returned to the Apple Isle this month after a nine decade absence.

“Dad’s had a lot of success in his career, so has my grandfather for that matter, but I’ve got one up now,” Rattray said.

“I’ve driven four winners at a meeting before, but it was also the first time I’ve trained four.”

Kick starting his evening with Koolaz Elvis, Rattray was then triumphant with Fortino, Yatsenyuk Leis and Our Summer Vacation.

Overcoming a 40-metre back mark, Our Summer Vacation accounted for All The Way Mae and Ten Caisses in a track record 2:06.3 over 2698 metres.

“He went well,” Rattray said. “He copped a check, which added 20 metres to his mark, but did a great job to recover,

“He got a good run after that and was too quick in the end.

“I was pleased with his first run in Hobart a couple of weeks ago and expected him to be hard to beat.

“There are no big plans for him, just keep racing in the trotters’ races when they are programmed until he eventually gets handicapped out of them here.”