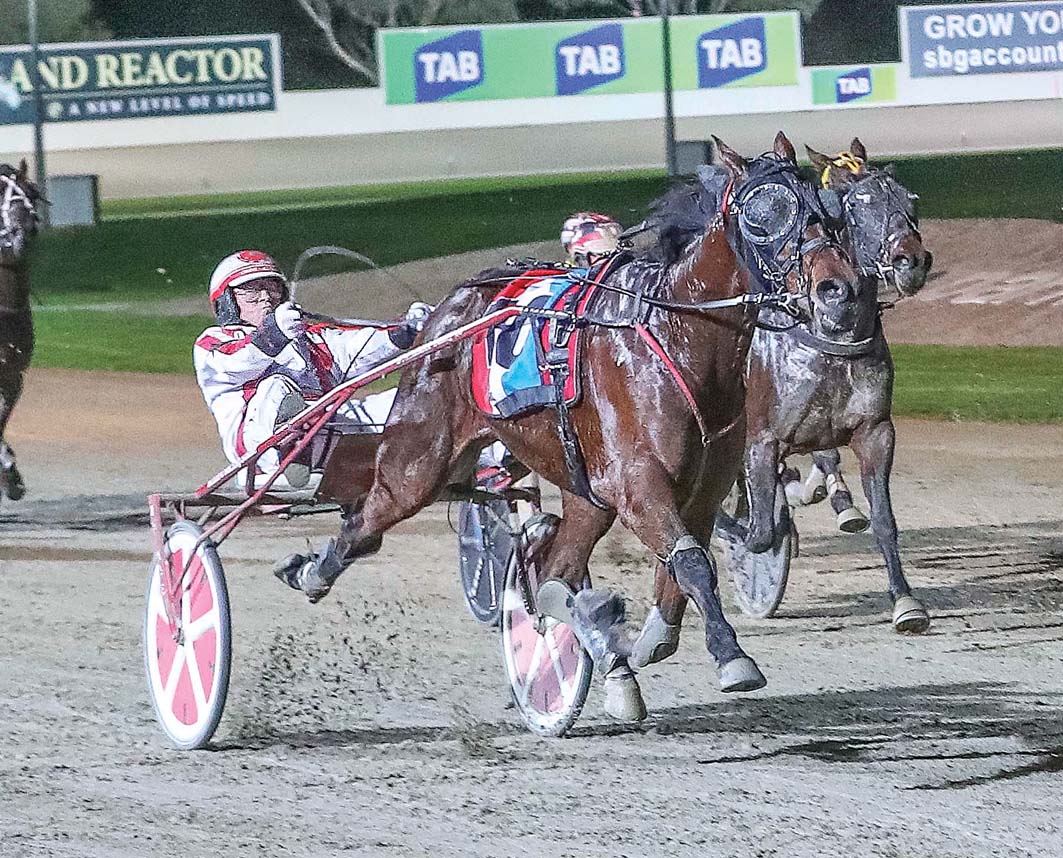 PREMIER reinsman Chris Alford made the most of a ‘pick up’ drive at Tabcorp Park Melton last night. In what turned out to be...

PREMIER reinsman Chris Alford made the most of a ‘pick up’ drive at Tabcorp Park Melton last night.

In what turned out to be a highly-successful evening, Alford won five races on the 11-event card, including The Holmfield with Anywhere Hugo.

It was Alford’s first drive behind the son of Majestic Son, which caused an upset in the feature.

Trained by Chris Svanosio, Anywhere Hugo was travelling towards the tail of the field around the final bend before unleashing a scintillating sprint along the home straight.

Grabbing the lead in the last stride, Anywhere Hugo scored by a half-neck from his stablemate, Kyvalley Fin, with Princess Mila a head away third.

“That was a great result for the stable,” Svanosio said. “I knew they would run a good race, but I was more hopeful than confident.

“The speed was on early, which brought us into it and give us a chance, and they were able to make the most of it.”

Rating 1:59.1 over 1720 metres, Anywhere Hugo has had three starts for Svanosio, which have netted two wins and a second.

“He has been a terrific addition to the team,” Svanosio said. “He’s obviously got a lot of ability and Scott Dyer did a good job with him.

“He had issues as two and early three-year-old, but everyone has been patient with him.

“Hopefully he can keep racing consistently through the next few months as we aim at the Vicbred, Derby and Breeders’ Crown.”