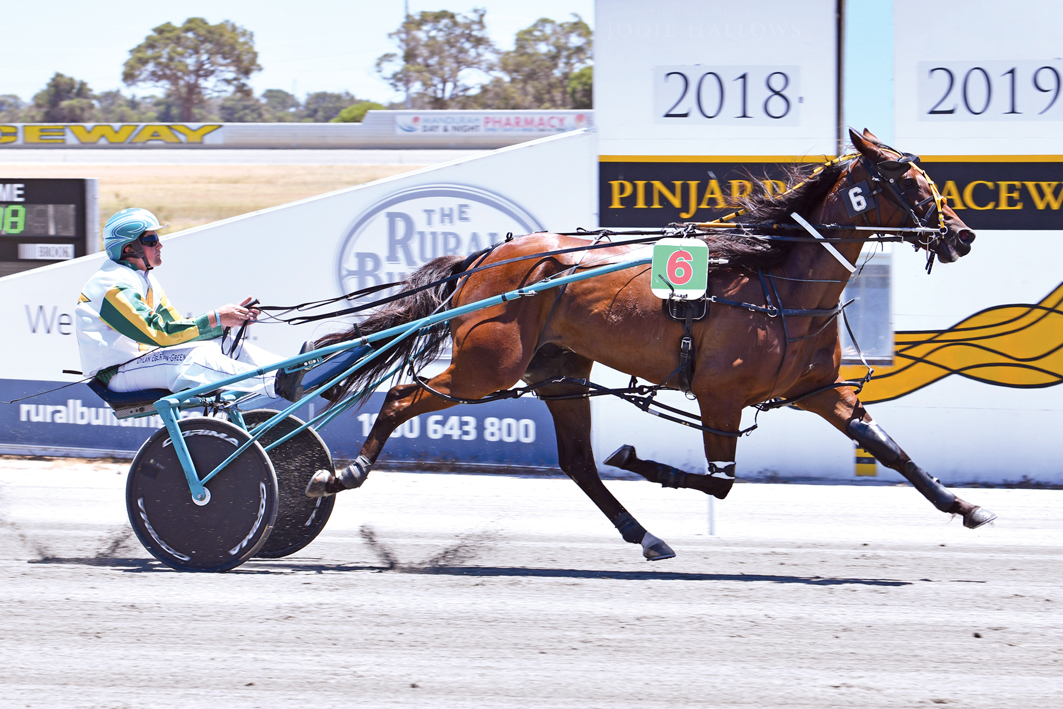 Piranha to put the chomp on rivals

EXCITING youngster Patrickthepiranha doesn’t have to look far for his biggest threat in tonight’s APG Sales Classic at Gloucester Park. A $2.40 favourite for...

EXCITING youngster Patrickthepiranha doesn’t have to look far for his biggest threat in tonight’s APG Sales Classic at Gloucester Park.

A $2.40 favourite for trainer Colin Brown, Patrickthepiranha is looking to return to the winners’ circle after having his streak broken at his previous start.

Successful in his first seven outings of the season, the three-year-old finished third in his heat after dragging a flat tyre.

“He pulled up better than expected,” Brown said. “His heart rate was fine and he was bright the next day.

“If anything, he has improved from the run.”

To be driven by Dylan Egerton-Green, Patrickthepiranha has drawn awkwardly in barrier five.

As for Patrickthepiranha’s biggest threat, it comes in the form of his stablemate Its Rock And Roll.

Runner-up in his heat at his first start for nine weeks, Its Rock And Roll is expected to be a “major improver” from barrier four.

“Rock hadn’t had run for nine weeks and will benefit from the run,” Brown said. “I thought he was the better of the two early on, then Patrick improved at rapid rate so I thought he was better.

“Then Rock stepped up again…there is not a lot between them it’s just different stages of their preparation.

“I expect Shockwave to lead and that makes him the biggest threat to my two, but I’m going into tonight very happy.”

Should Patrickthepiranha perform to expectations, he will contest next week’s Gateway Classic followed by the Western Australia Derby according to Brown, who played a role in naming the gelding.

“The boys were at the stable one morning talking about Lennytheshark,” Brown explained.

“Lenny, which is also by Four Starzzz Shark, had just run an enormous race the night before and they were crowing about him.

“This bloke’s stable name at the breeder’s place was Patrick and as a throwaway line I said ‘don’t worry about Lennytheshark we’ve got Patrickthepiranha’.

“The boys loved it and went with it. So I guess in some way he is named after Lenny!””