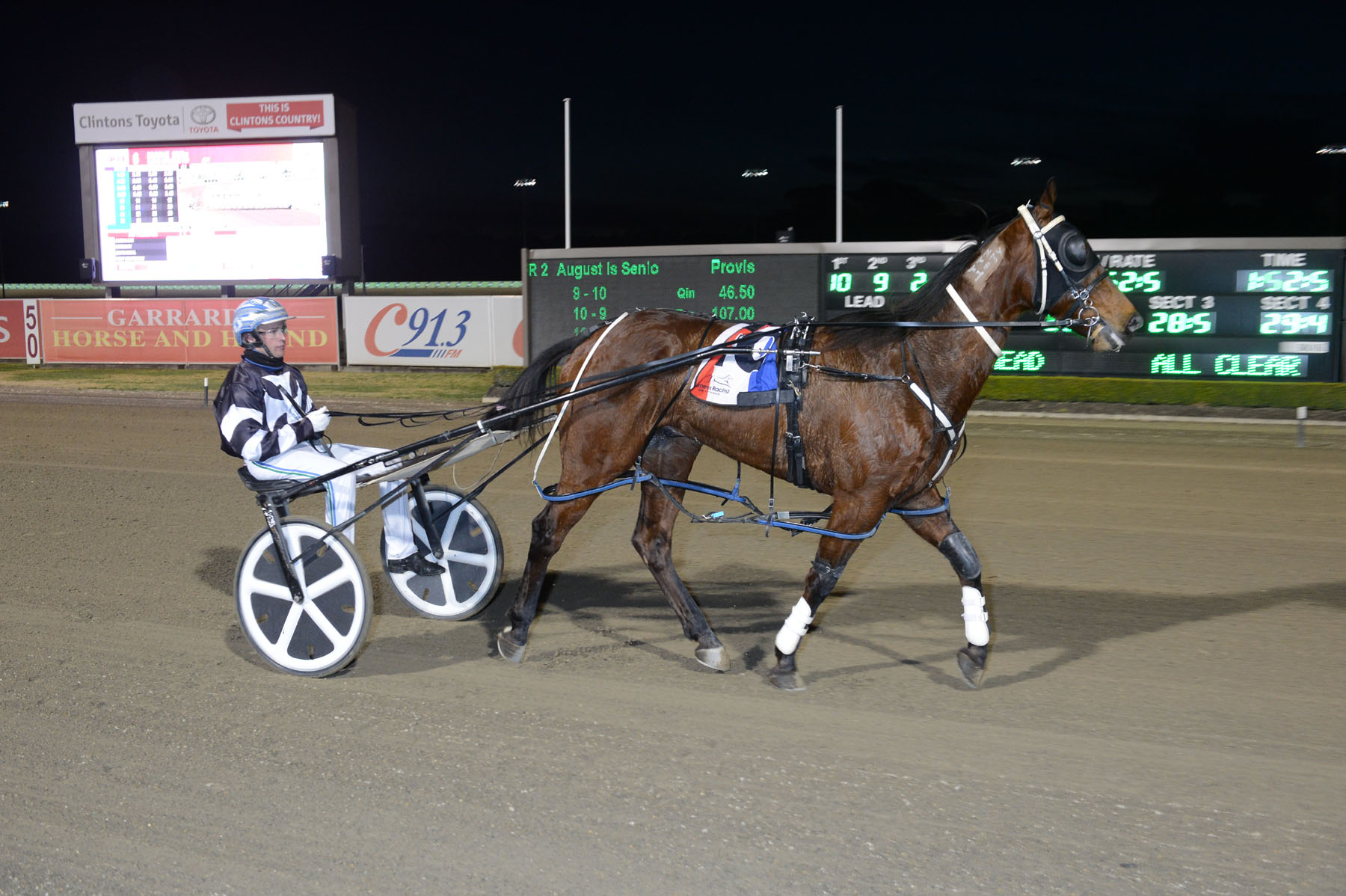 Egodan ($2.80) started the winning spree for Pizzuto, giving him the first leg of his treble in the opening race.

The five-year-old son of Sportswriter came wide off the final turn and held on to win by a head from runner-up Early Decision.

The pair backed up with Lets Cut Loose ($9.60) in the following race.

Starting from a wide draw, Lets Cut Loose drew away from the pack in the final 200 metres to win by 1.8m.

Code Black’s win gave ($8.30) gave Turnbull a double on the night as she had won earlier with the $2.60 favourite Parramatta. 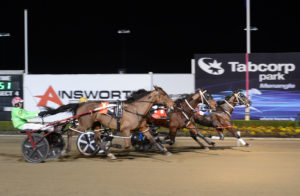 The five-year-old settled towards the rear of the field for most of the race, before grabbing the lead coming off the final turn and holding off the challenge of the fast finishing Match Point to win by a neck.

Meantime, the partnership of Robbie Morris and KerryAnn Turner continues to churn out winners with the trainer and driver adding another two winners to their tally.

The veteran Condagen ($12.90) handed the pair the first leg of their double when prevailing in a tight finish.

The eight-year old sat behind a wall of horses approaching the home straight and forced Morris to come out wide to run down the leaders and win by a head.

Morris closed the meeting, winning with Redbank Blaze ($9.20) in the last race.

The favourite Takara Truffle galloped at the start of the race allowing Morris to take an early lead with Redbank Blaze.

Winning by a half-neck, the three-year-old broke through the $100,000 prizemoney barrier when he held off Trickys Beaut who was flying towards the finish.