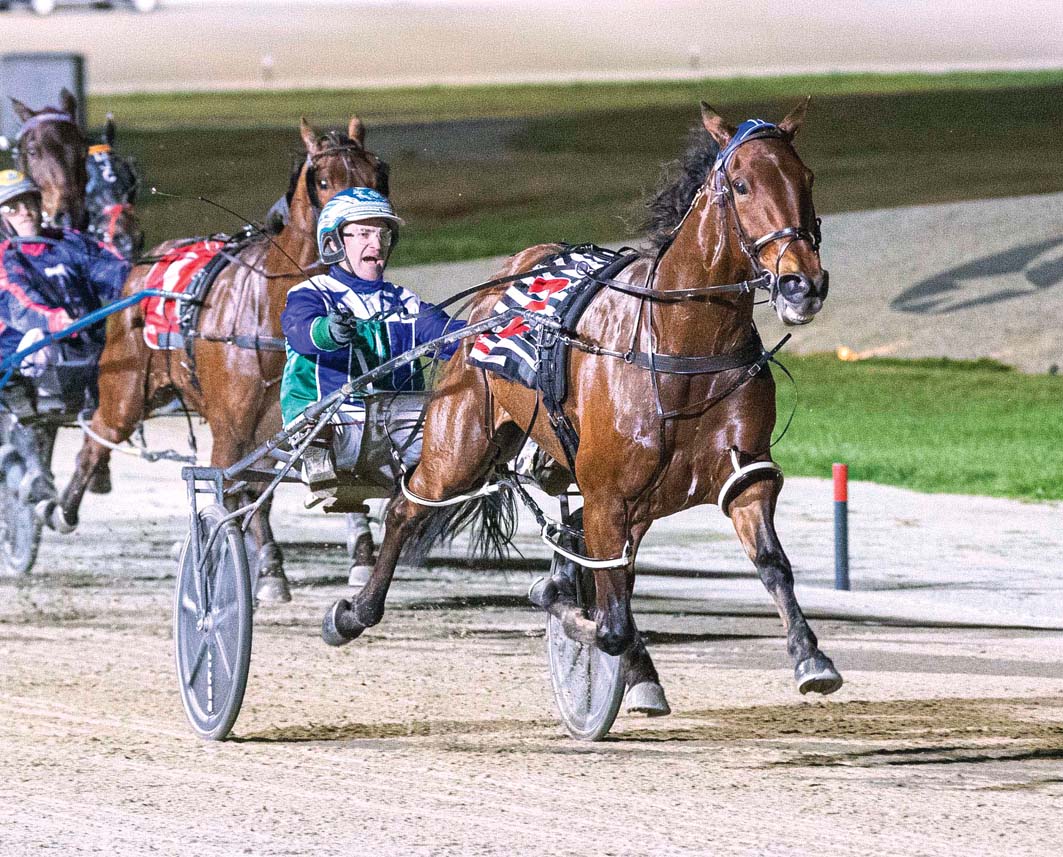 Led by comeback hero Bling It On, Cross is looking to have up to five starters in the opening leg of the Grand Circuit.

Bling It On returned from a 15-month retirement with a scintillating 1:50.2 triumph at Tabcorp Park Menangle last week.

Despite being first-up, the nine-year-old recorded the quickest time of his career!

Bling It On will be joined in the nominations by his stablemates Alta Orlando, Benicio, Cullenburn and Cash N Flow.

Benicio put himself in contention for the Group One with a Menangle win tonight, while Cullenburn and Cash N Flow were successful in Melton this evening.

“Bling It On and Cash N Flow will certainly be heading to the Victoria Cup,” Cross said. “I may also nominate Benicio, Cullenburn and Alta Orlando.

“We’ll just have to wait and see. They can certainly be nominated, but whether they get a start is another story.”

Cash N Flow sealed his Cup berth by capturing the Group Two Smoken Up Sprint with Luke McCarthy in the cart.

Leading throughout from barrier two, the son of Mach Three cruised to an impressive nine-metre win from Wrappers Delight, with My Kiwi Mate a metre-and-a-half away third.

Rating 1:50.8 over 1720 metres, Cash N Flow’s time was just a tenth of a second outside Cruz Bromac’s track record.

“That was his first run in 11 weeks and he went terrific,” Cross said. “He’d trialled well, so I knew he was ready to run a big race.

“I felt he could go 1:50 if pushed further up the straight.”

Along with Benicio, Cullenburn and Cash N Flow’s wins, Cross was also victorious with Wrangler for a treble in Melton and Our Millwood Maizie for a double in Menangle.

“What a great night for the stable,” Cross said. “Three in Melton and two closer to home is a terrific result.

“Be nice if those kind of nights happened more often.”