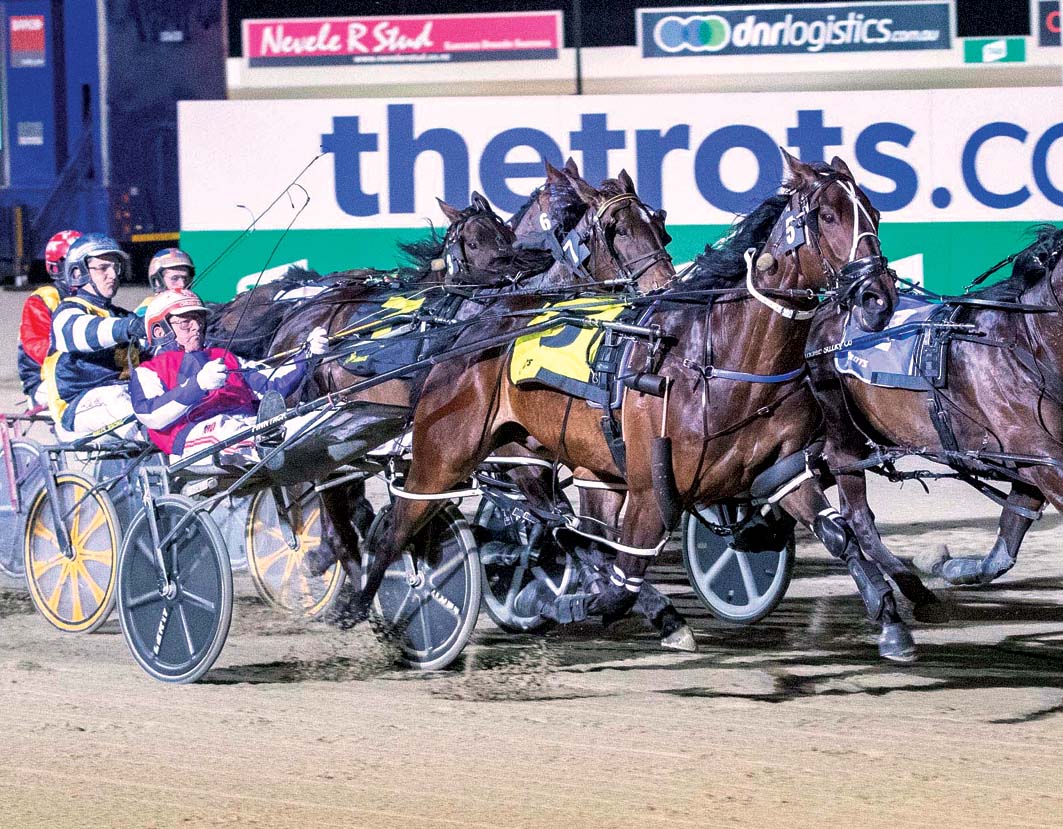 Pleased with the sparingly-raced gelding’s progress, Gary explained Glenledi Boy will continue to be eased through the grades.

“He has plenty of ability but just needs the manners to go with it,” Gary said. “He does go well but has to get a bit better in his gait.

“At this stage there are no big plans set out for him, just race him along so he can gain experience and become more of a genuine racehorse.

“He may even have a short break now and get going again in a few weeks.”

Forging his way to the front halfway along the home straight, the son of Somebeachsomewhere scored by a metre from Delwyns Son, with Gilty Hanover a metre-and-a-half away third.

“That was a good run from him,” Gary said. “Sitting in the breeze is not really his go.

“He is a lot better off the pace, which is how he will have to be driven as he gets up in grade.

“I’ve got no doubt he can get through the metropolitan classes as he goes along.”

Looking to rectify blotch on Tara’s record
It’s not ‘ego’ if you can back i...
Win puts son on Dad’s Christmas naughty list
Aussie horseman dominates Minnesota meeting
About author