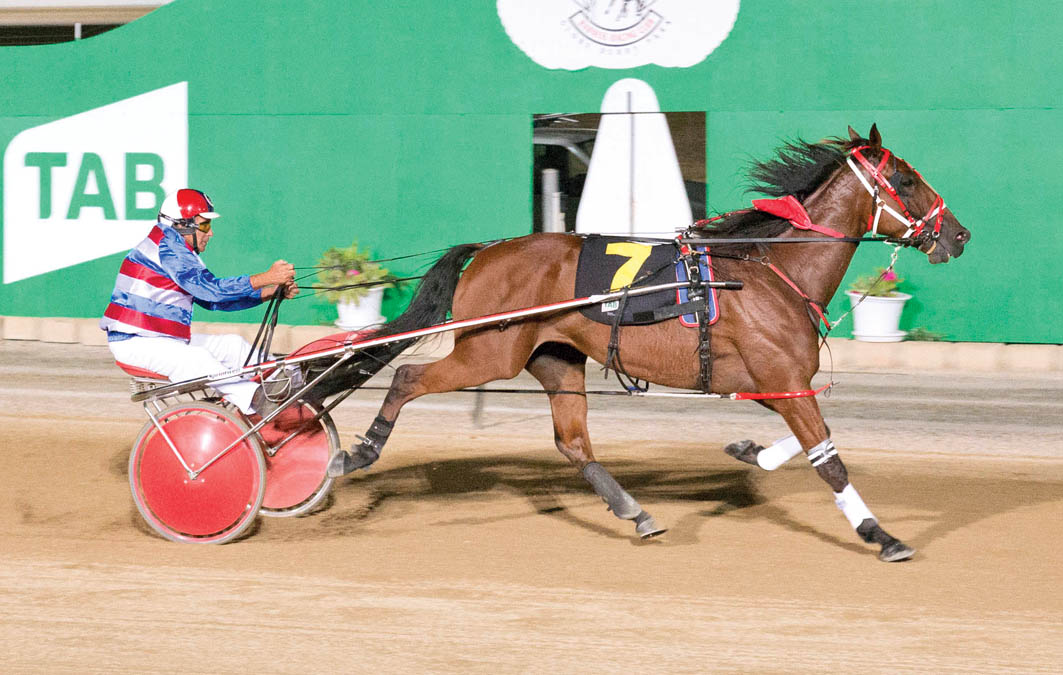 PLANS for classy squaregaiter Heezaladiesman are uncertain despite his impressive win in last night’s Port Pirie Trotters’ Cup. Although “rapt” with the four-year-old’s performance,...

Although “rapt” with the four-year-old’s performance, trainer Lane Johnson is less impressed with Heezaladiesman’s recovery.

With Heezaladiesman off his food today Johnson will wait until later in the week before making any plans with the son of Majestic Son.

That includes scratching Heezaladiesman from his engagement at Globe Derby tomorrow.

“He hasn’t eaten all that well today,” Johnson explained. “He has picked at his food and that’s about it.

“Last night’s run might have taken a bit out of him.

“I will scratch him from tomorrow and monitor him for the next couple of days before making any decisions on where I might head with him next.

“Should he bounce back I think he will, I will look at a trot during the Mildura Carnival in a few weeks.”

The sole starter from the front line, Heezaladiesman began solidly to lead as the field was strung out during the early stages.

After bunching the pack during the middle stages, Johnson allowed Heezaladiesman to stride clear along the back straight, opening a 25-metre gap on his rivals.

With Johnson sitting quietly in the cart, the gelding completed a 47-and-a-half metre from King Of The Roses, which came from the 50-metre back mark.

“I am rapt with his run,” Johnson said. “He prefers to run along when he’s out front and I was just the co-pilot enjoying the ride really!

“He is in great form with wins from his last three starts, but I have to admit, the difference last night was being given a 50-metre head start by King Of The Roses.

“I don’t think we could have won if we were on equal marks.”