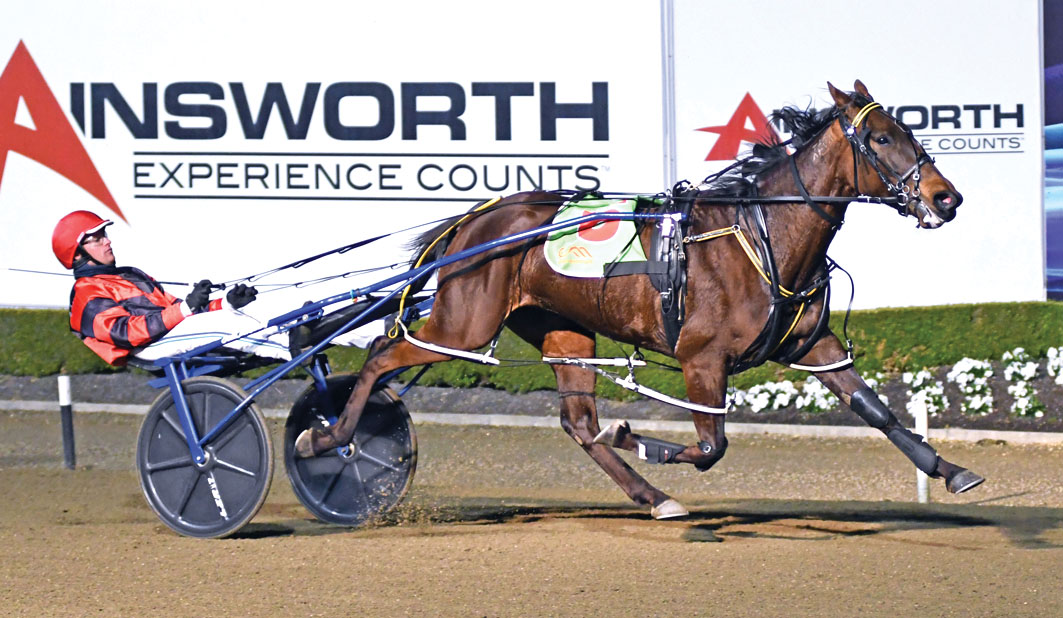 Despite Power Surge’s seemingly effortless transition through the grades, trainer Mark Callaghan has no major plans in mind for the four-year-old.

“She’s a nice mare in pretty descent form and has done a good job since we got her from New Zealand,” Callaghan said.

“I’ve given her nine starts for six wins and two placings so she’s certainly proving to be a good buy.

“I’m very happy with her run last night but I haven’t go any real plans for her. I’ll just see how she pulls up and go from there.”

Driven by Todd McCarthy, Power Surge crossed to the pegs from barrier six to gain the perfect trail behind the leader, Killara Koas, which began brilliantly to lead from seven.

Angled into the clear at the top of the home straight, the daughter of Changeover sprinted to a nine-and-a-half metre win from Killara Koas, with Harrys Delight nine metres away third.

“Killara Koas has been going well, but Power Surge has got good speed and I felt if she got right run close to the lead and right on the tempo she would be hard to hold out,” Callaghan said.

“That’s the exact run she got and she was able to come away with a nice win.”

Covering the mile in 1:54.9, Power Surge provided McCarthy with the final leg of a treble and ultimately the Metropolitan Drivers’ Premiership.

McCarthy went into the meeting locked with Lauren Tritton on 42 wins, with his brother, Luke, poise to strike on 41.

With Tritton and Luke registering doubles, McCarthy grabbed the title with 45 wins to Tritton’s 44 ad Luke’s 43.

Sitting on 162 state wide victories, McCarthy is destined to claim that premiership as well.