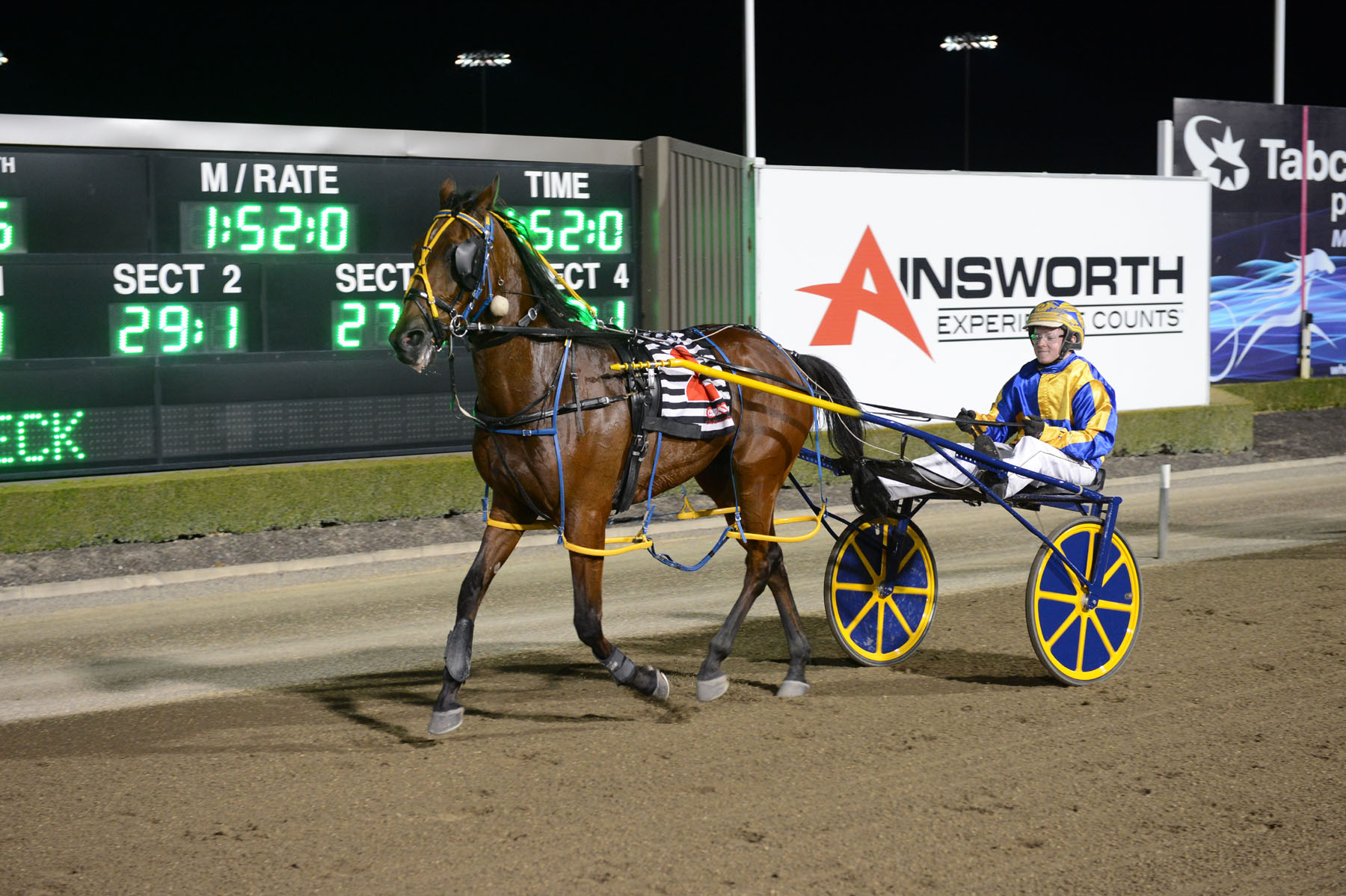 Elders all Smiles after winning the Simpson Memorial

Plenty of Energy in the Simpson Memorial

Reinsman Todd McCarthy opened Saturday’s Club Menangle meeting by recording the fastest time of the meeting when he guided Monifieth ($9.60) across the line in 1:50.9 seconds in the first race.

McCarthy backed up in the following race to seize his double with Crockets Cullen ($8.60).

Both horses won by large margins with the veteran gelding Monifieth finishing almost eight metres ahead of his nearest rival.

Driving Monifieth from a wide gate for his father John, McCarthy gave the field a head start as he settled in at the back of the pack. 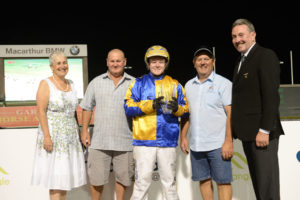 Elder’s all Smiles after winning the Group 3 Simpson Memorial

Coming five wide around the home turn, Monifieth, a son of Christian Cullen, produced a burst of speed to hit the front at the 100m mark and shot away to record a comfortable 29th career win.

Grabbing his double with another son of Christian Cullen, McCarthy used Crockets Cullen’s speed to shoot to an early lead and dictate the pace of the race right from the start.

He had the field strung out coming down the back straight and opened up a handy break nearing the final turn.

The result was never in doubt in the home straight as McCarthy had enough time to have a look behind him as Crockets Cullen completed an annihilating display to win by almost 18m.

Meantime, the feature race, the Group Three Club Menangle Simpson Memorial was a much tighter affair with only a head and a half-neck separating the first three placegetters.

Bright Energy hit the front near the line and held off the challenge of the fast finishing runner-up The Black Prince to win by a head and claim his first win at Group level.

The victory was the three-year-old gelding’s fifth win from just nine starts.

Bright Energy has now won four from six races since finishing ninth in a field of 10 in last season’s NSW Breeders Challenge 2YO Colts And Geldings Final.