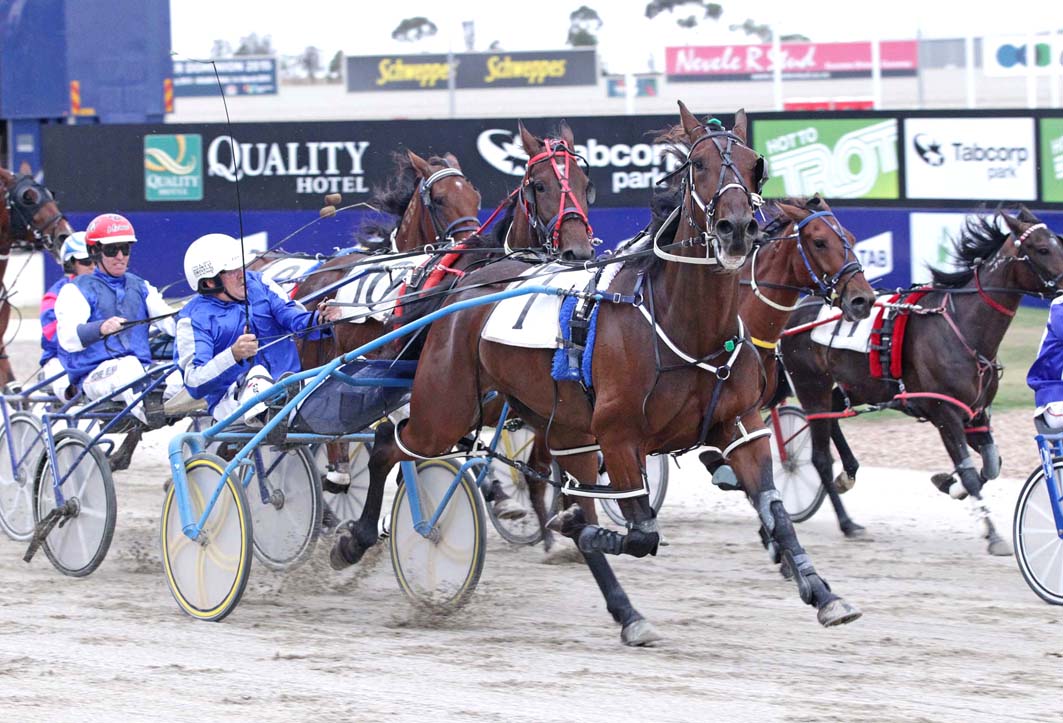 HE’S not among the best pacers to grace the track – or even Lance Justice’s stable – but Love Ina Chevy has certainly developed...

HE’S not among the best pacers to grace the track – or even Lance Justice’s stable – but Love Ina Chevy has certainly developed into one of the most popular.

A promising newcomer to the team in January 2016, Love Ina Chevy is now a loved battler thanks to his hard fought battle “to be alive, let alone racing”.

Just to recap, Justice found Love Ina Chevy collapsed in his paddock as the result of a suspected snake bite.

Although no snake was spotted, Love Ina Chevy had puncture wounds in his mouth and was deteriorating rapidly.

Staff battled for three days to stabilise the son of Jeremes Jet, with the major operation including placings blow-up mattresses under the gelding, a make shit tent placed over him and constantly being massaged – even during an overnight thunder storm!

Seven months later Love Ina Chevy was at the trials and since then he has won 17 races, including last night’s Ararat Cup.

“He’s just a marvel to get as far as he has considering he had no right to survive,” Justice said.

“He has never really reached the potential he showed before the ordeal, but he has done a marvellous job considering he shouldn’t be alive, let alone racing.

“I couldn’t be prouder of a horse!”

Driven confidently by Justice, Love Ina Chevy was pushed forward from barrier six to test the pacemaker, Perspective, from the ‘death seat’.

Forging his way to the front at the top of the home straight, the seven-year-old accounted for Perspective and Dikerry in 1:57.5 over 2195 metres.

“I only put him in the race because there is no free-for-all in Melton this week but it turned out perfectly,” Justice said.

“I wasn’t worried about being in the breeze and he fought to the line brilliantly.

“At this stage there is nothing picked out for him, but I will search the program and may even look for another country cup that suits him.”

Even ‘the King’ turns it on for the tr...
Modest plans despite impressive return
Classy pacer sent for a spell
Hill at the top of premiership table
About author