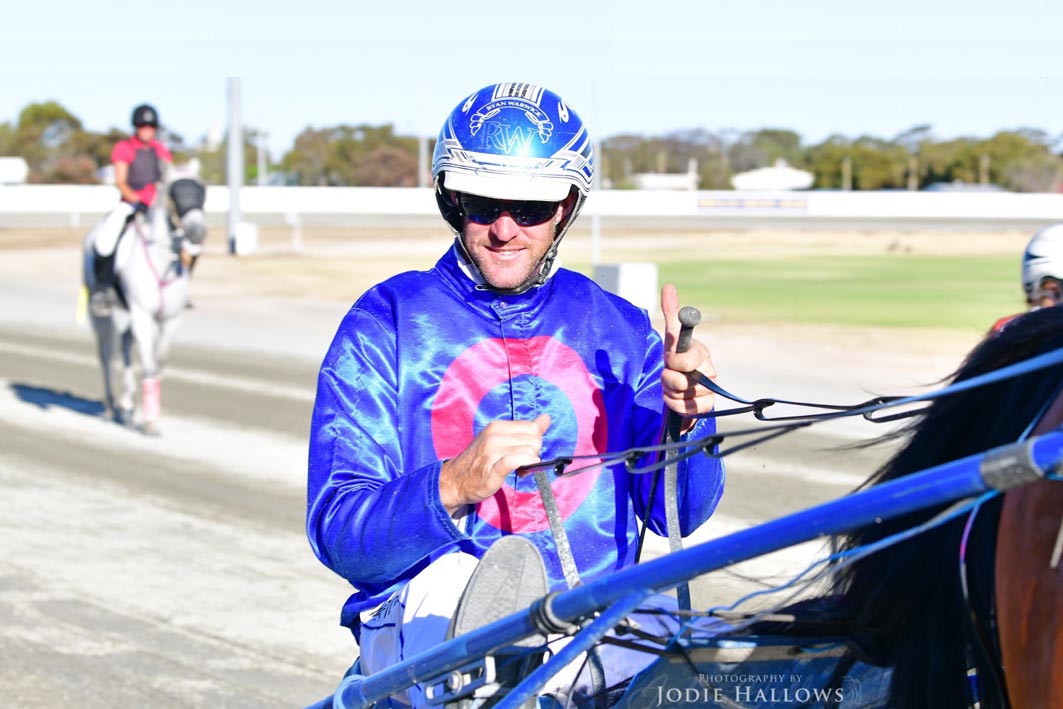 In doing so Warwick became just the 22nd driver to achieve the feat since Robert Orr set the mark in Flemington on April 16, 1864.

What makes Warwick’s feat a cut above the rest is there were only six races on the card.

As such Warwick has become the first person to win every race at a meeting.

“I never realised no one had done it before,” Warwick said. “I felt I had a reasonable book of drives, with the last two my best chances.

“To be told I’ve achieved something like that is quite surreal.”

Warwick’s “last two” were Taroona Bromac and The Bird Dance for co-trainers Greg and Skye Bond.

Taroona Bromac’s victory was in the main event of the day – Merredin Cup – with the son of Western Ideal accounting for Affluent Bell and Ariki in 2:01.1 over 2130 metres.

Warwick also combined with the Bonds to score with Our Bon Cheval, Weewah and American Colt.

“They all went very well,” Warwick said. “Going into the meeting and looking at the form, I felt a couple were in danger if they didn’t put in their best or things didn’t quite go their way.

“Thankfully they all got the job done in what was a day I will never forget.”

Premier meeting brings glaring concern back into f...
HRSA announces stakes increase
One of the best in the modern era
Kiwi prevents clean sweep
About author