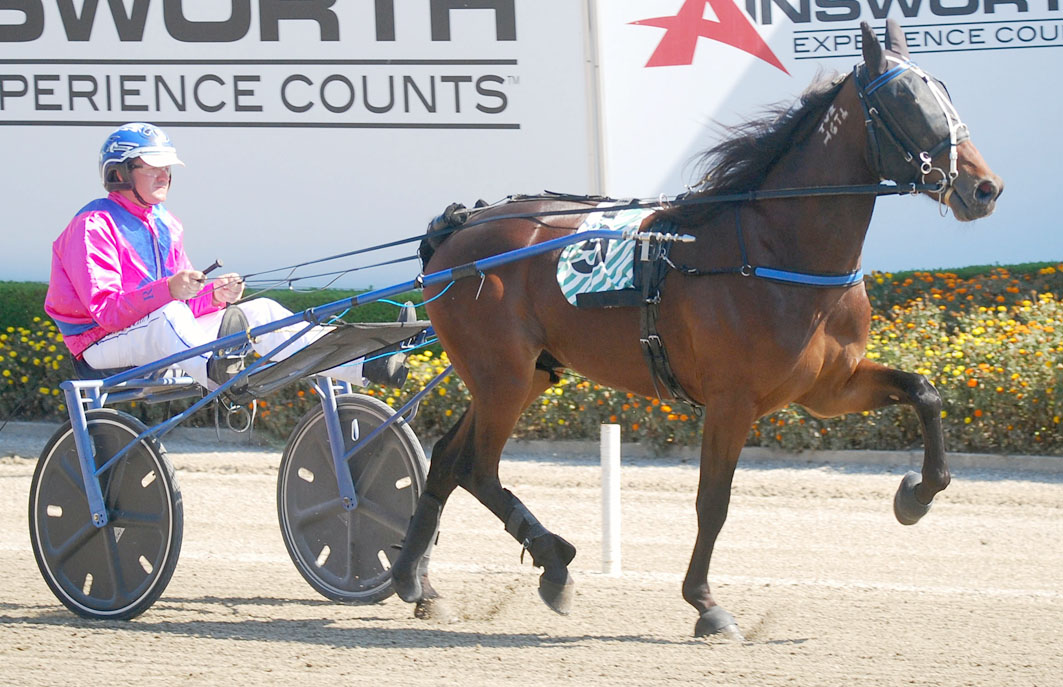 Potential bargain on the market

FOR those who showed initial interest, and those who are now interested, a potential bargain is still for sale. Advertising an unraced trotter via...

FOR those who showed initial interest, and those who are now interested, a potential bargain is still for sale.

Advertising an unraced trotter via social media, astute horseman Rickie Alchin received “a few inquiries” but no serious offers for the youngster.

With the son of Majestic Son remaining in his stable, Alchin debuted the two-year-old at Tabcorp Park Menangle yesterday, with the squaregaiter producing a tough performance on his way to victory.

Racing as Majestuoso, the colt settled three-back in the running line as the field, led by The Reaper, travelled in ‘Indian file’.

Angled away from the pegs to test the leader from the breeze along the back straight, Majestuoso forged his way to the front turning for home before completing a three-and-a-half metre win from Hillstead, with Aurora Sunset 13 metres away third.

Owned by Alchin, Majestuoso covered the mile in 2:01.5.

“That was a nice first-up run,” Alchin said. “Heading into the race I was confident of his ability, but in a field of 10 which were all having their first start, you can’t be sure what’s going to happen.

“He had a few quirks early in the piece, but he’s really put it together and has always been a natural trotter.

“He has a lot of bottom to go with his high speed.”

Should Majestuoso continue to be in his care, Alchin will aim him at the Trot NSW Final at Menangle on May 26.

“At this stage I will just keep racing him, but he is on the market,” Alchin said. “I purchased him from the Alabar Weanling Sale in New Zealand, so to get him over here, break him in and win first-up is pretty satisfying.

“He is also Breeders’ Crown, so that is on the cards later in the season.”