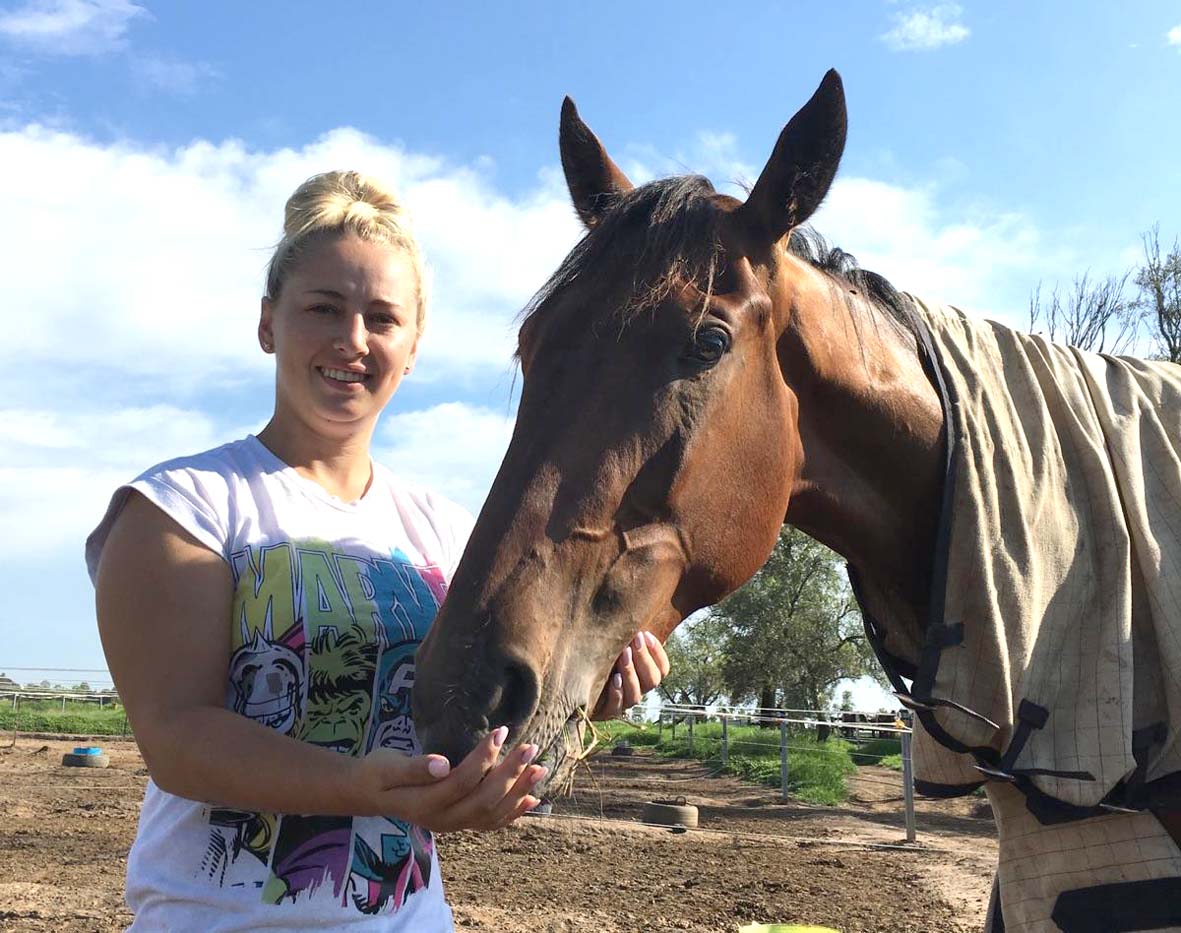 PREMIER reinswoman Lauren Tritton is recovering from a her “strange night”. Ready to drive in the second event at Tabcorp Park Menangle last night,...

PREMIER reinswoman Lauren Tritton is recovering from a her “strange night”.

Ready to drive in the second event at Tabcorp Park Menangle last night, Tritton felt a sharp pain, which she suspected was a bite.

Calling a track attendant for assistance, Tritton discovered she had been bitten by a redback spider, which had taken up residence in her silks.

Rushed to the hospital, Tritton was treated and monitored for several hours before being released.

“They watched her for a few hours, checking her heart rate and so on,” Tritton’s husband, Shane, explained. “They’ve given her anti infection stuff and antibiotics, but she is going back this morning.

“She is in a lot of pain in her arm and chest, which is expected to last a few days.

“It’s just a matter of waiting for the venom to get out of her system.

“We washed her colours and hung them out on the line, so the spider must have snuck in at some point.”

With Tritton a late scratching, Anthony Butt was called upon to drive Eh Ef El, which scored in 1:51.5.

Butt also deputised for Tritton behind Mach Beauty, which was success when covering the mile in 1:51.6 in the final event on the card.

“It’s not the first time Anthony has been a fill in for me and won,” Shane said. “Lauren won’t drive for a few days, but hopefully be back by next weekend.”

Young guys ready to fill the void
Boom town for teal
Who is the Fastestgirlintown?
Another interstate major on the radar
About author