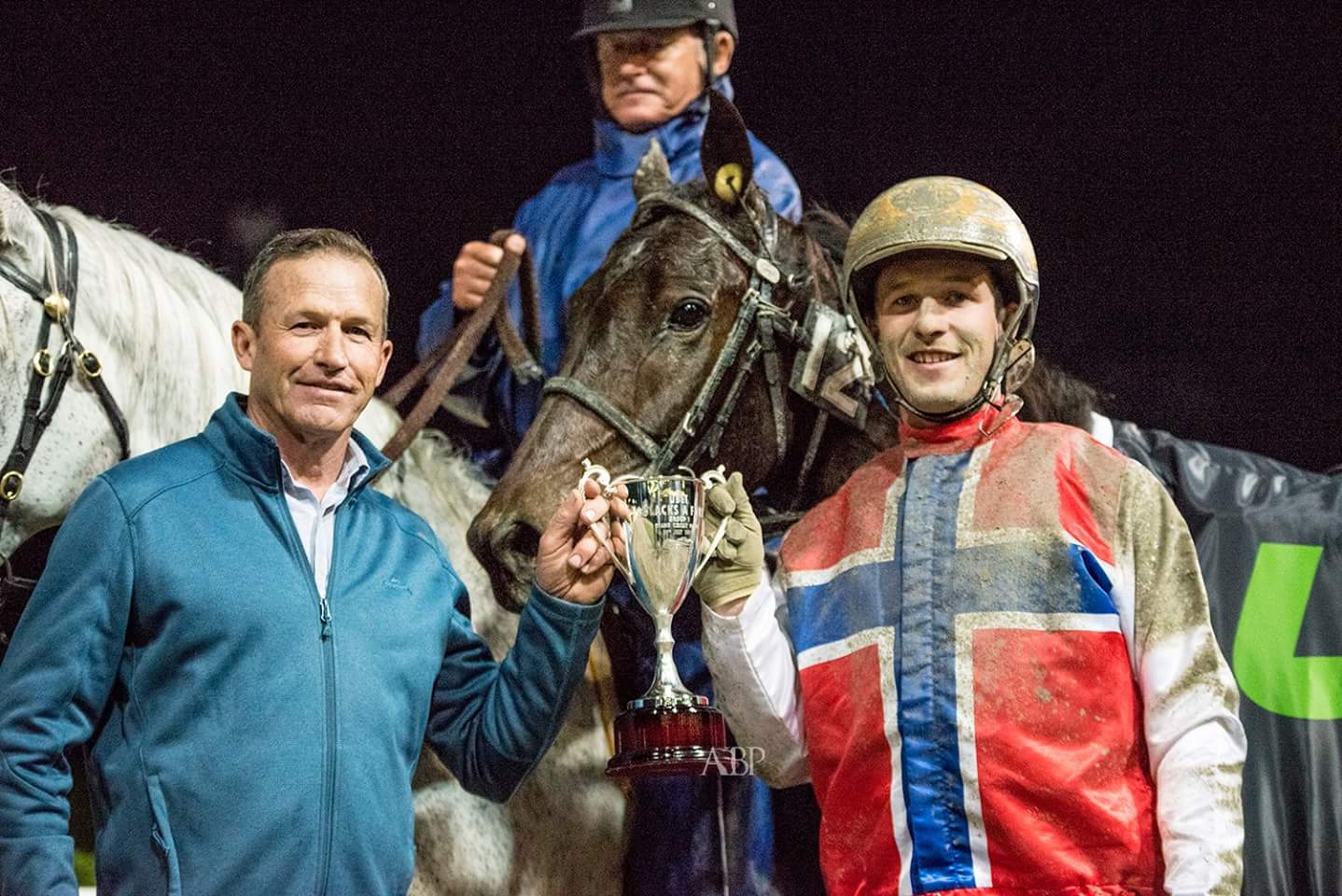 GREAT TEAM: David and Josh Aiken have been operating in two states in recent weeks.

David Aiken4 Menangle136
FORMER premier Sydney trainer David Aiken has been enjoying a working holiday campaigning at Menangle in recent months. And while he uses a variety...

And while he uses a variety of drivers on his horses, he’s also happy to jump back in the sulky when it suits and still retains an excellent strike rate in his 60s.

Aiken will drive a couple of outsiders at Menangle today, the handy square-gaiter Twixten in Race 1 as well as The Longest Day in Race 5 although admits his thoughts are now beginning to contemplate a return to his training base at Avenel in Victoria.

His son Josh has been steering the ship down south while David and his wife Colleen have been campaigning with a team of about nine in Sydney.

“We’ll probably go home in about three weeks,” he said.

“We were only coming up for a little while, to see the family, including my 92-year-old Mum.

“We got away for the winter and also brought a couple of youngsters to educate.

“Another reason we knew the fast-class horses like Luke and Belinda’s McCarthys would be away in Queensland.

“We also split the team up a bit and it’s been a wet winter in Melbourne so we took the opportunity to qualify a few horses and educate them.

“At one stage we did consider coming back permanently as we do love it here and there’s so many family up here . . . and the winters are a bit better.

“We’ll definitely be back next winter and also hope to return for the Inter Dom in November.”

Aiken said he had some good free-for-allers that might be nominated for the Inter Dom – although he regretted there were no horses like his former champion Lennytheshark among them.

The veteran horseman says his body is holding up well and he still does a lot of shoeing and remains pretty fit.

“The enthusiasm is still there and I don’t mind a drive now and again either,” he said.

“People like Robbie Morris, Jack Callaghan and Ash Hart have all been a big help to me as I haven’t really driven that much in the last 10 years.

“And the fact that due to COVIT we haven’t been able to go anywhere has meant we could spend a bit more time working with the young ones.

“We left about 20 at home with Josh who’s done a great job with the rest of the team.”

Mike Ko’cass with all the winners for Tabcor...
Four ‘good things’ for Menangle today
Unhoppled . . . and ready to strike
Saturday Specials for Menangle, Melton
About author