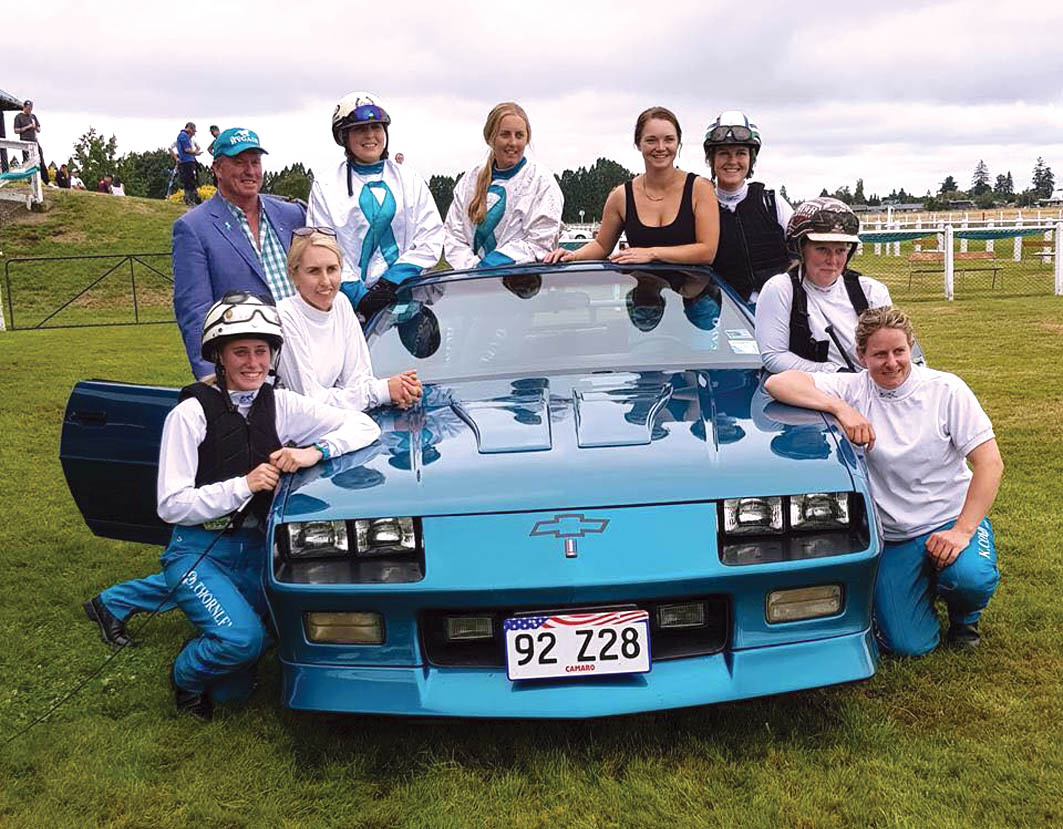 Prepare yourself for a teal onslaught

IF THE past two seasons are anything to go by prepare yourself for a teal onslaught. As of tomorrow Australasia’s leading ladies will don...

IF THE past two seasons are anything to go by prepare yourself for a teal onslaught.

As of tomorrow Australasia’s leading ladies will don their specially designed pants as part of the Teal Pants Campaign.

With the campaign going national in 2017 teal pants made their way into the winners’ circle on 288 occasions across the 39-day campaign.

A special hint for punters during this period – back everything Dani Hill drives.

In 2017 the South Australian wonder led the team with 32 wins before repeating the dose in 2018!

Money is raised via each win between February 1 and March 10 – the day after the Australian Reinswomen Championship night in Queensland.

Each state’s governing body will donate a set amount per victory, which will be matched by the state’s major wagering company.

The Teal Pants Team originated in Victoria as the brainchild of Michael Taranto and Duncan McPherson in honour of McPherson’s wife, Lyn, who lost her battle to ovarian cancer in 2010.

“It is fantastic to have all the reinswomen jumping on board with the help of administrators, making my wife’s wish continuing to come true,” McPherson said.

“To have each state and New Zealand embracing the Teal Pants concept is beyond description.

“It goes further than just raising money, which is needed to research and care, it lifts the awareness of ovarian cancer as well.”

For Young, it’s a marriage made in Heaven
Group One winner primed for racing return
Horseman chasing sentimental win
A race-by-race guide to all the winners at Menangl...
About author