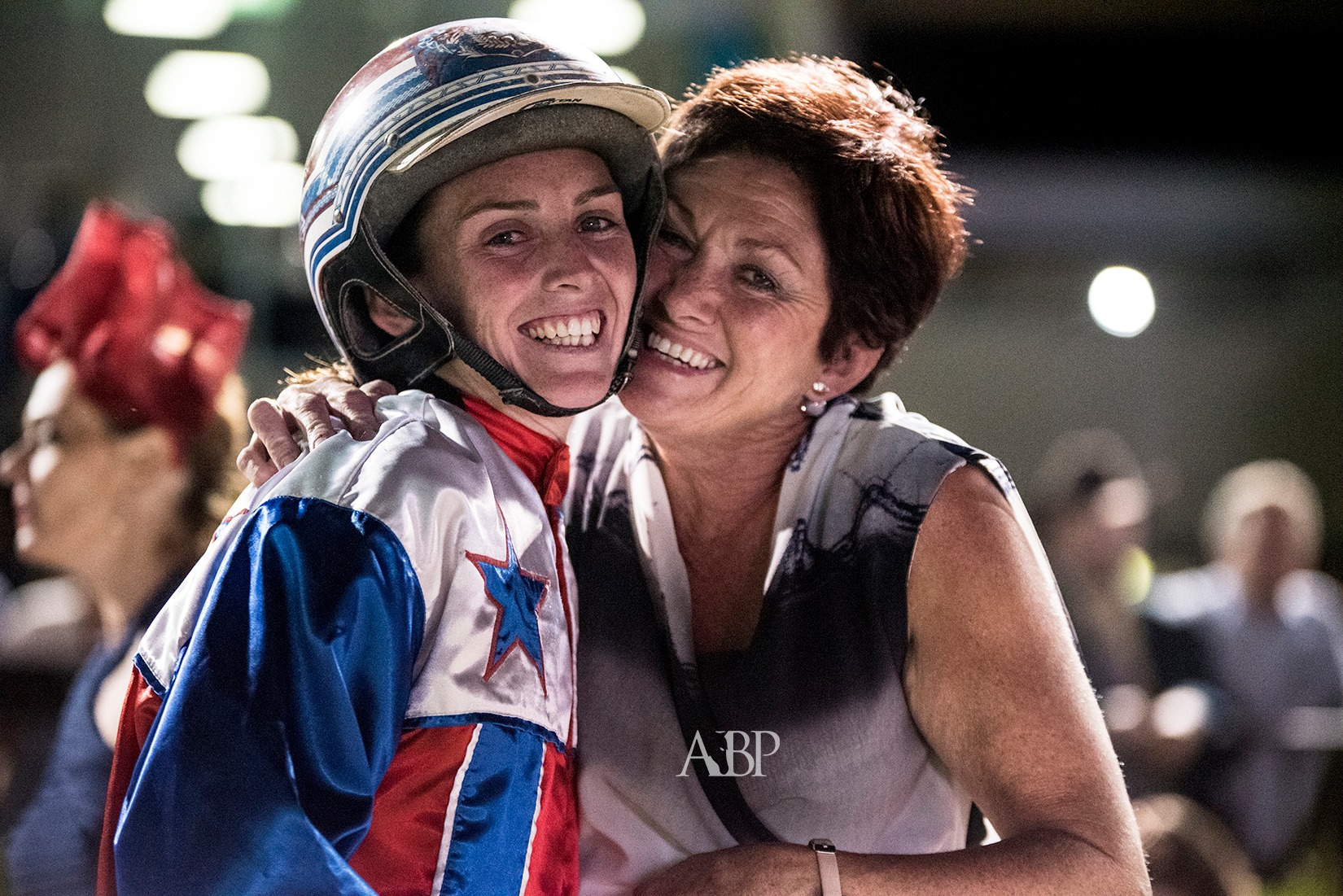 GREAT TEAM: Amanda Turnbull will team up with her mum Jenny and Perfect As I Am at Bathurst tonight.

Amanda2 Bankstown3 Treble1 Turnbull2
Turnbull after another treble   FRESH from a winning treble at Bathurst on Wednesday night, Amanda Turnbull will head for Bankstown tonight confident of...

Turnbull after another treble

FRESH from a winning treble at Bathurst on Wednesday night, Amanda Turnbull will head for Bankstown tonight confident of more success.

The well-performed daughter of Art Major has won her past two starts in impressive style, including a career-best 1:53.2 win at Menangle two starts back before putting paid to a similar field to tonight’s final when successful at Bankstown last week.

On that occasion she beat Lovin Miss Daisy and That’s My Money Honey by almost six metres after showing plenty of gate speed, finding the front and leading all the way.

Turnbull holds a massive lead in the NSW drivers’ premiership with 177 winners and is more than 30 clear of her nearest rival Chris Geary.

And with less than two weeks of the season to run, it may be a bridge too far, but she is closing fast on that magical mark of 200 winners for the season.

“I can’t explain it, but horses just travel better for her than any of us,” says her father Steve, a former Miracle Mile and Inter Dominion winner himself.

“You think a horse is going well and when Amanda hops in the bike, sometimes I just shake my head how much better they will travel for her, she’s amazing.”

Certainly Amanda was at her competitive best at Bathurst on Wednesday night, scoring with Dream To Share ($1.50 favourite), Miss Vera Mac ($1.20 favourite) and Our Apachee Miss ($1.30 favourite).

Indeed she left the track a shade disappointed after Alex Pollizzi ($2.80 favourite) couldn’t give her four for the night when she was beaten by Madama Leza in the last.

It will be almost as busy at Bankstown tonight where Turnbull has four starters of her own, including Our Apachee Miss (Race Eight) and Quaint Glen (Race Two), who’ll back up from Bathurst while Mister Clooney (Race Four) and Tact Rousey are also drawn to be prominent in their races.

Amanda will take one of her rare outside drives when she handles the improving Trickys Beaut for leading trainer Kevin Pizzuto in Race Three.

A winner at Newcastle five starts back, Pizzuto has had a frustrating run with this Christian Cullen-bred gelding, who has since run second four starts in a row.

Pizzuto has used star reinsmen Todd McCarthy and Chris Geary on Trickys Beaut at his past four starts.

So he will test Steve Turnbull’s theory to the max by putting Amanda on for tonight’s race and after drawing gate four in tonight’s C0 affair, he’ll be hoping she can extract that extra metre or two from Trickys Beaut and get him home first.

Pizzuto could also be in for a big night as he has Sir Macador (Mitchell Reese) and Jakes Sportswriter (Ellen Rixon) drawn to fight out the finish of the opening race after drawing the two inside marbles.

He also has The Golden Cross (Reese), who is certain to start favourite and be the one to beat in Race Four.

Catching up with some ‘in-form’ Turnbu...
Hart in demand after another night to remember
The ‘Green’ light for a fine future
Turnbull glad he drove on through the rain
About author