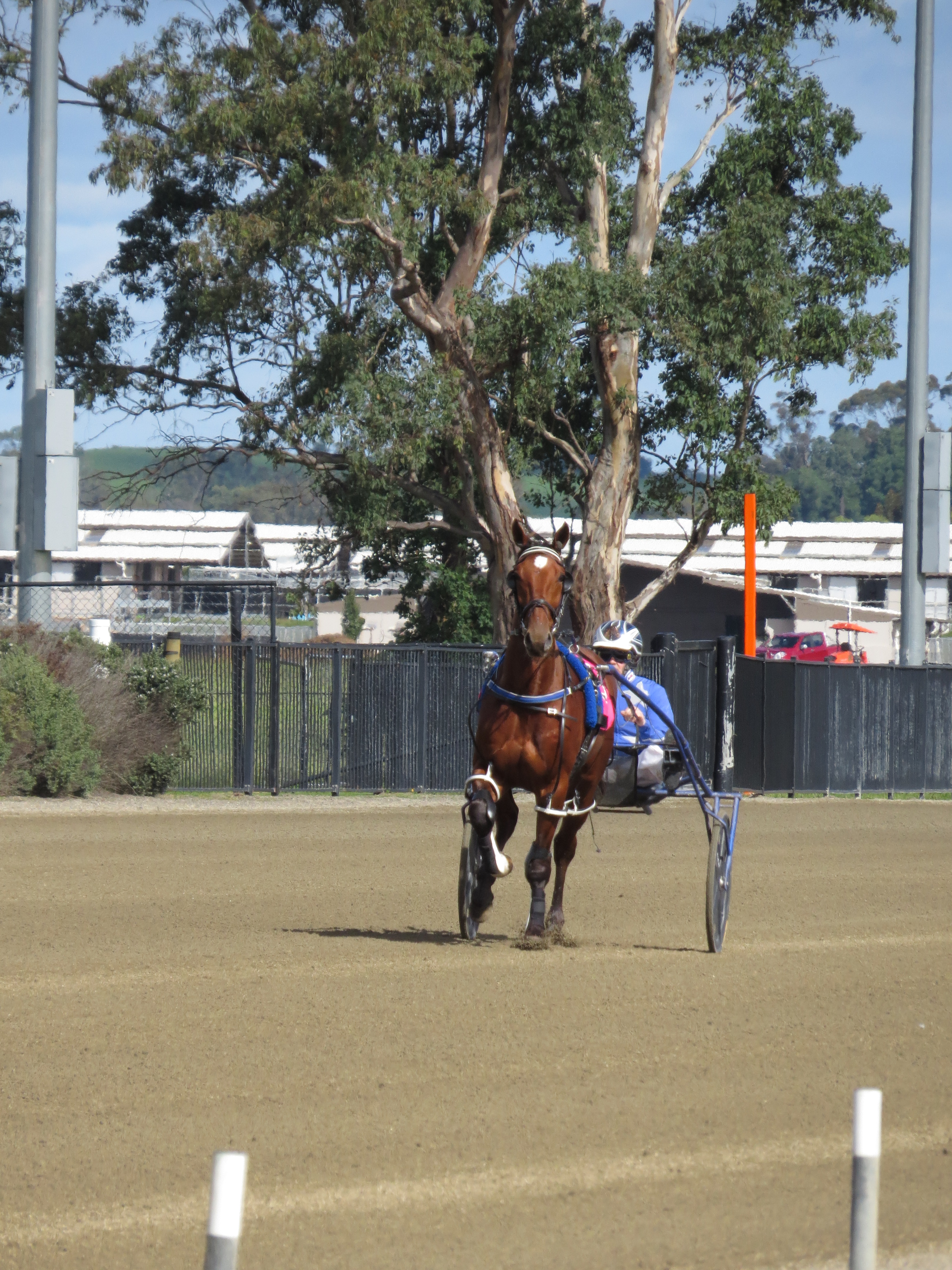 ON TRACK FOR HIS BIGGEST WIN: Sicario

Luke ready to show his class

TODAY’S Breeders Crown day at Melton in Victoria is the showpiece of harness racing and Sydney’s “big race” driver Luke McCarthy will be a dominant factor.

The three–time premiership winning Menangle driver is expected to share in the rich spoils with seven drives on the 10 race card, highlighted by seven Group One events.

Luke will drive in five of “the majors’’ as well as two in Group Two features with Real Stride and Just Rockon Bye.

His three biggest hopes The More The Better, Partyon and Sicario all hail from the “All Stars” New Zealand stable of Mark Purdon and Natalie Rasmussen.

The Kiwi training partnership has made this day their own in recent years with their superstars and are on track to do it all again.

Their best chance undoubtedly is polemarker The More The Better, who is odds-on favourite to win the $190,000 G1 three-year-old final for colts/geldings.

Racing three-wide before working to the lead at the 1600m, The More The Better kicked around the turn and was nailed on the line by Our Little General.

“Looking back I think I erred by letting him stride when I did,” McCarthy told National Trotguide.

“If I had it over again, I’d have held him a bit longer.

“He’s got the gate speed to use the pole and I think her will be very hard to beat,” he added.

Sicario led throughout to win his semi beating boom Victorian Poster Boy but unfortunately his chances received a dent when he drew the back row for the Final.

“I wish he drew the front. I can’t see how they would have beaten him,” McCarthy added.

“He’s put on at least 15kg since the Australian Gold. He’s a different horse.

“It’s going to be hard from the draw, especially if King Of Swing leads easily, but I think he can make a great race of it even if I have to come around and sit parked.

“He and Partyon have peaked at the right time,” he added.

Partyon will also have to overcome the back row against the long odds-on favourite Petacular.

“Most would say the draws have given the race to Petacular  but I’m not so sure,” McCarthy said.

“I fancy my chances of making it a real race or maybe even beating her.

“This is the best I’ve seen her and I said after trackwork on Tuesday how great she felt.

At last, Luke gets time to savor that historic win
Star shines
Marshal to lay down the law
Luke happy to take a back seat to this dynamic duo
About author