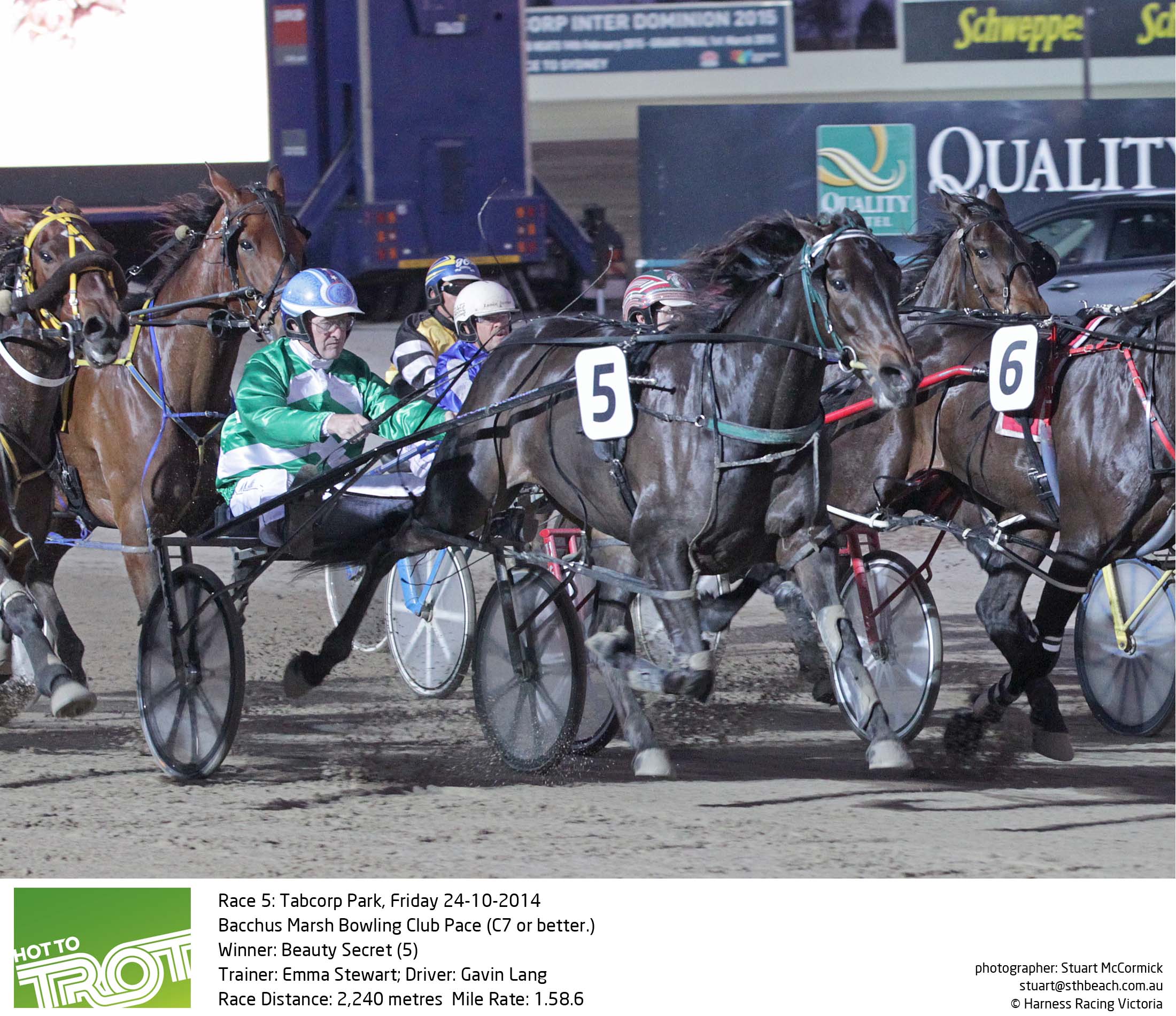 Beauty Secret1 Globe Derby8 Larrakeyah lady1 Peter Gleeson1 SA4
LARRAKEYAH LADY is the gift that keeps on giving…. That was the sentiment from prominent breeder-owner Peter Gleeson as the grand producer is...

LARRAKEYAH LADY is the gift that keeps on giving….

That was the sentiment from prominent breeder-owner Peter Gleeson as the grand producer is poised to provide another feature winner – or two!

Although no longer used as a broodmare, Larrakeyah Lady’s daughters and granddaughters are continuing her amazing legacy, with several of her descendants engaged at Globe Derby on Saturday night.

In fact, two are favourites in their Southern Cross Finals, while a third is the second elect behind her stablemate.

Gleeson part-owns the trio with his breeding partners Bruce and Craig Cameron, while racing shares of the youngsters on lease.

“Larrakeyah Lady is the gift that keeps on giving, and now with her daughters and granddaughters producing good winners,” Gleeson said. “With the way the breed is going, I can’t see any reason why it will stop.

“That’s the one thing about this bloodline, while the colts have done well, the fillies by far been the better.

“She is still alive and enjoying herself in a paddock with her friend. She has to have a friend with her or she goes nuts.

“She has the most beautiful nature and will stand there with you for hours if you have the time. If you’d let her, she’d walk in the door and watch television with you.”

As for her contenders this weekend, they include Our Celebrity, which won her heat last weekend when first-up for 11 month.

Winner of last season’s edition of the futurity, Our Celebrity is a $1.30 favourite to successfully defend her title after drawing barrier five.

Punch Line and Lovelist, which hail from the same clan, secured the two-year-old divisions in 2014 and 2015.

Also triumphant in her heat, Perfect Look – a close relative of Our Celebrity – will begin from gate nine.

The daughter of Art Major has won her last two starts following a debut sixth.

“I’m very happy with the way they won their heats and they’ve been working well since,” Stewart said. “The draw has favoured Our Celebrity, but Perfect Look is the main danger despite the second row.”

Larrakeyah Lady’s third descendant is Thats Perfect, which has drawn to lead throughout from two.

Also prepared by Stewart, the two-year-old has won his last three starts in stylish fashion.

Thats Perfect is by Art Major from Perfect Life, making him a brother to Perfect Look.

“He is racing in great form and has drawn ideally,” Stewart said. “He is going to be very hard to beat.”

Like her sensational family, Larrakeyah Lady is a Sires’ Stake winner, capturing the 1989 Victorian division at Moonee Valley.

“I bought her dam Hot Foot, ironically from Adelaide, and when Larrakeyah Lady came along, I offered Bruce and Craig Cameron the chance to buy into her as an unbroken yearling and we’ve been going ever since,” Gleeson said.

“She wasn’t the greatest racehorse, and was lucky to win the Sires’, but has been amazing in the breeding barn.”