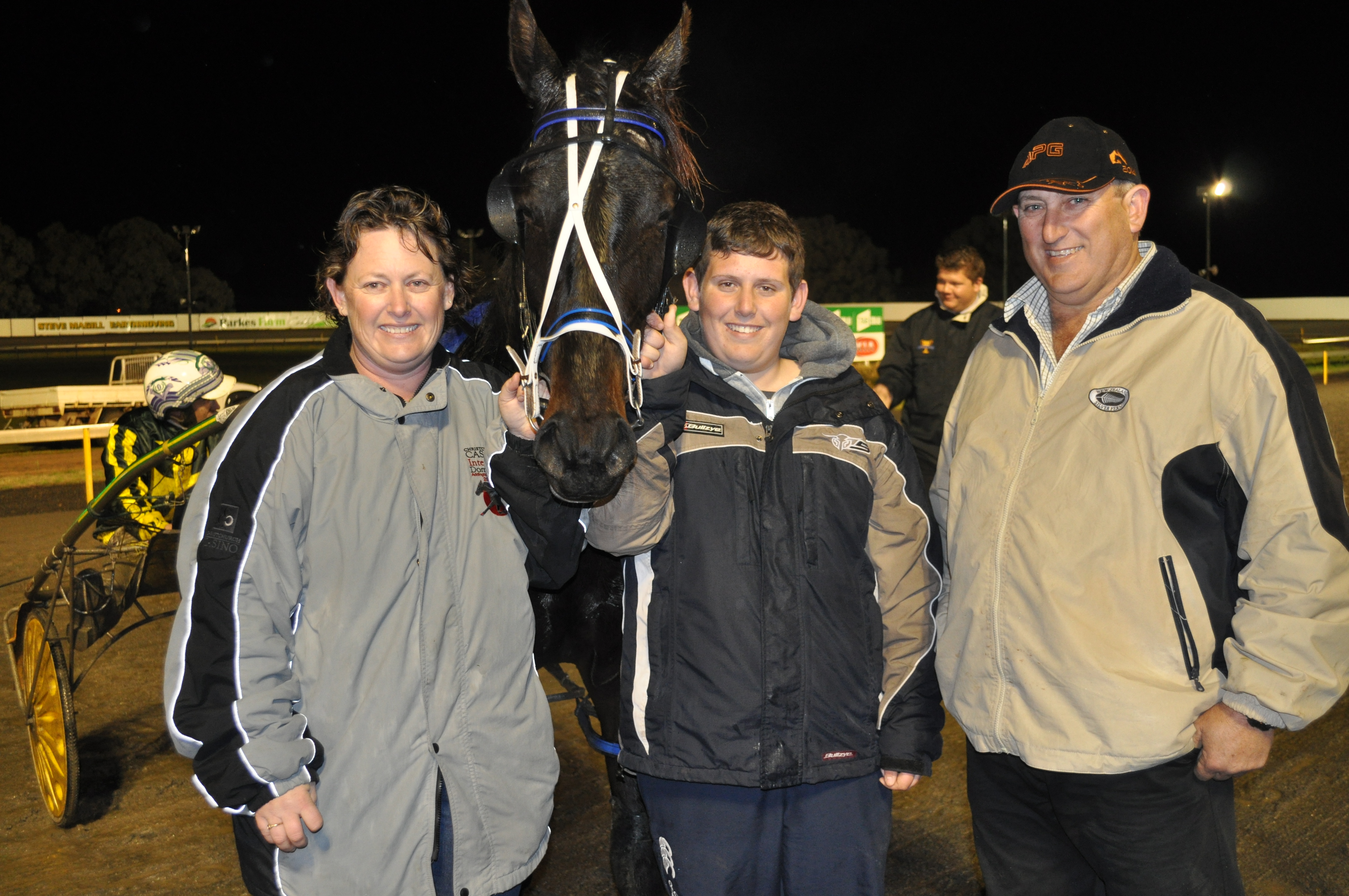 Blake after triple treat at Leeton

YOUNG’S in-form trainer David Micallef will call on his latest stable star to keep the momentum going when he heads for Leeton for tonight’s big nine-race program.

His teenage son Blake has a love of harness racing that’s hard to resist and David has handed him three plum drives tonight as Blake looks to start his second full season in the sulky with a bang.

And a sign that Blake’s driving is becoming more consistent is evident with his booking by leading Wagga trainer Paul Kahlefeldt to drive Norm’s Courage in the opening race on the program.

“Blake’s so enthusiastic, and that’s probably his biggest asset,” said his proud father David between working his eight-horse team at Young yesterday.

“He’d love to be driving the horses full-time and one day he might but his mother [Rachael] has insisted he complete an apprenticeship first and he’s six months into a carpentry and building trade so it will be good for him to have that behind him as well.

“The main thing is he listens to people like Amanda Turnbull and John O’Shea when they give him advice so that is helping improve his driving.

“He’s also getting into the placings more often and his confidence is improving so that’s a good thing.”

David is certainly doing his bit as most of his team is in good form at the moment and he rates all three of his Leeton starters as good chances.

“Crusty ran a good race to finish second at Young the other day and I’d expect him to be there at the finish again at Leeton,” said David.

“As for Rocknroll Queen, she went 1:58.4 at Young in finishing second last week and is going along OK as well. I’d expect her to be close to them again this time around.”

David also has a good opinion of Another Fireball, a horse he bought from leading Sydney trainer Blake Fitzpatrick.

“His first start for me he broke two minutes over 2155m at Wagga and he’s been racing in fairly good company but has had to put up with a few bad draws as well.

“He won’t disgrace himself at Leeton either.”

The Micallefs have six of their eight-horse team racing at the moment and all of them are competitive.

“We’d just like one or two more for Blake to drive,” said David.

“He’s actually also having a lot of fun with a little grey horse he part-owns named Our Apachee Miss, which Amanda Turnbull is training and driving for him.

“She won three straight there a couple of weeks back and is giving Blake a lot of enjoyment.

“Now he wants to drive a few more winners himself . . . and he’s going the right way about it.”

Blake happy to cover the kilometres for success
Here’s a home-ground advantage
Leeton Preview July 31: DIEBERT’S OUT TO KEEP REC...
He makes me look good, says Painting
About author