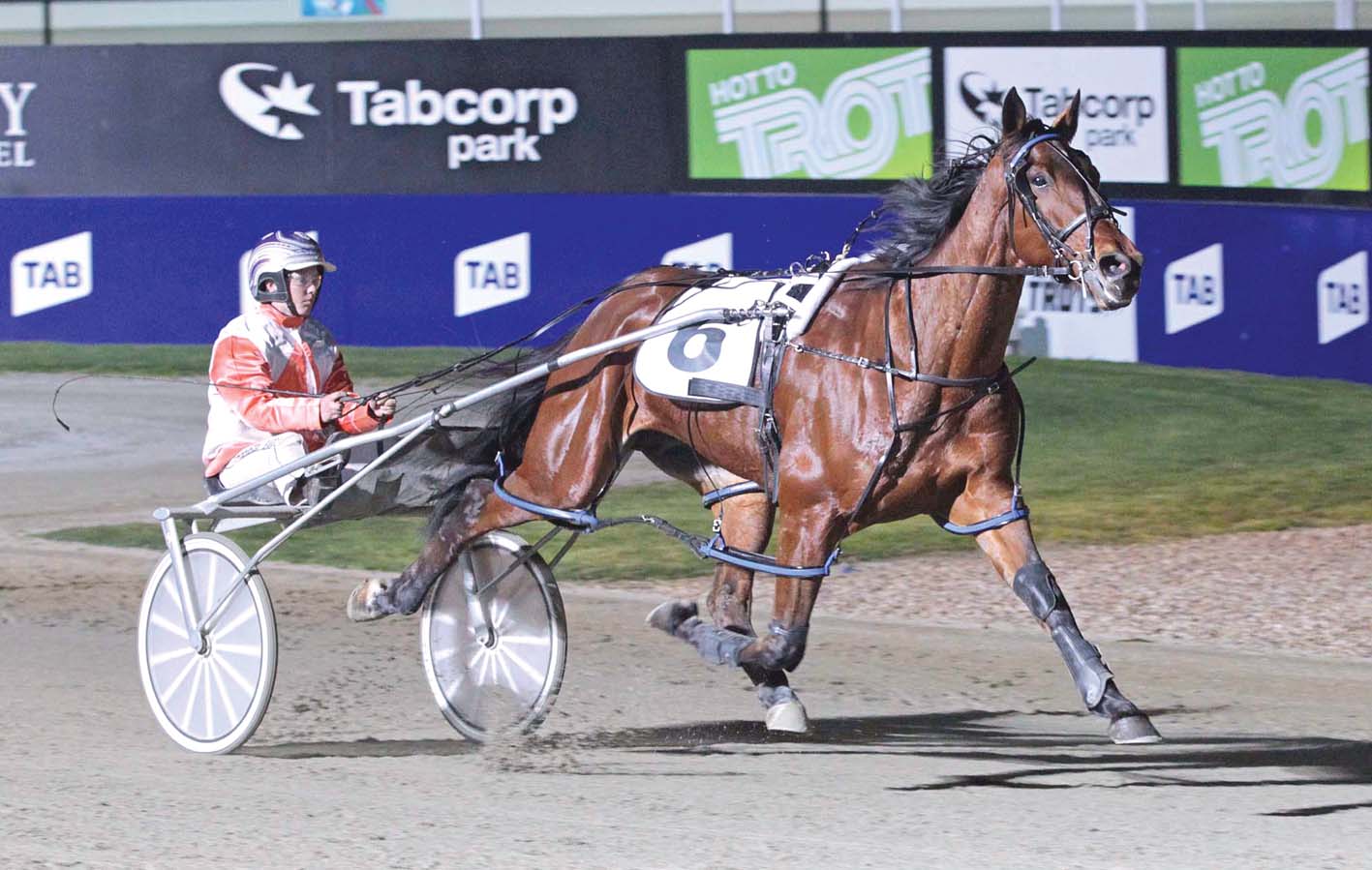 Melton14 San Carlo1 Steve O'Donoghue1 Tabcorp Park Melton20 Willem1
Inseparable stablemates IT WOULD appear Willem and San Carlo are forming a case of ‘whatever you can do, I can do too!’ Along with...

IT WOULD appear Willem and San Carlo are forming a case of ‘whatever you can do, I can do too!’

Along with being stablemates, the Steve O’Donoghue-trained pair have formed a unique matching in recent times.

Competing at Tabcorp Park Melton last week, the geldings draw the inside of the second row before registering impressive wins.

Set to return to the same venue on Saturday night, Willem and San Carlo will again begin from identical barriers.

Engaged in the second event on the card, Willem has drawn barrier three, with San Carlo also set to come from three in the Vicbred Championship.

“They both had barrier eight last week before winning and this time they’ve both got three,” driver Rebecca Bartley said. “Hopefully it is a sign they will keep doing everything the same and win again.

“All they need is a bit of luck for it to turn out like that.”

Pleased with Willem’s latest performance, Bartley is confident the son of Lombo Pocket Watch can claim the TAB Rewards Final.

“He has pulled up great and is feeling really good,” Bartley said. “His work has been terrific and he will be hard to beat.”

Regarded as one of Victoria’s brightest prospects, San Carlo is a short-priced favourite in the Group Three.

A lightly-raced son of Mach Three, the six-year-old has won nine of his 10 starts this season, for a record of 16 wins and a third from 18 outings.

“He is a very special horse and we are really excited with him,” Bartley said. “I can’t wait to see what the future holds.

“He got through his run in great shape and is feeling sensational. He had a canter yesterday and will hopple tomorrow, which will have him in perfect condition for the weekend.”