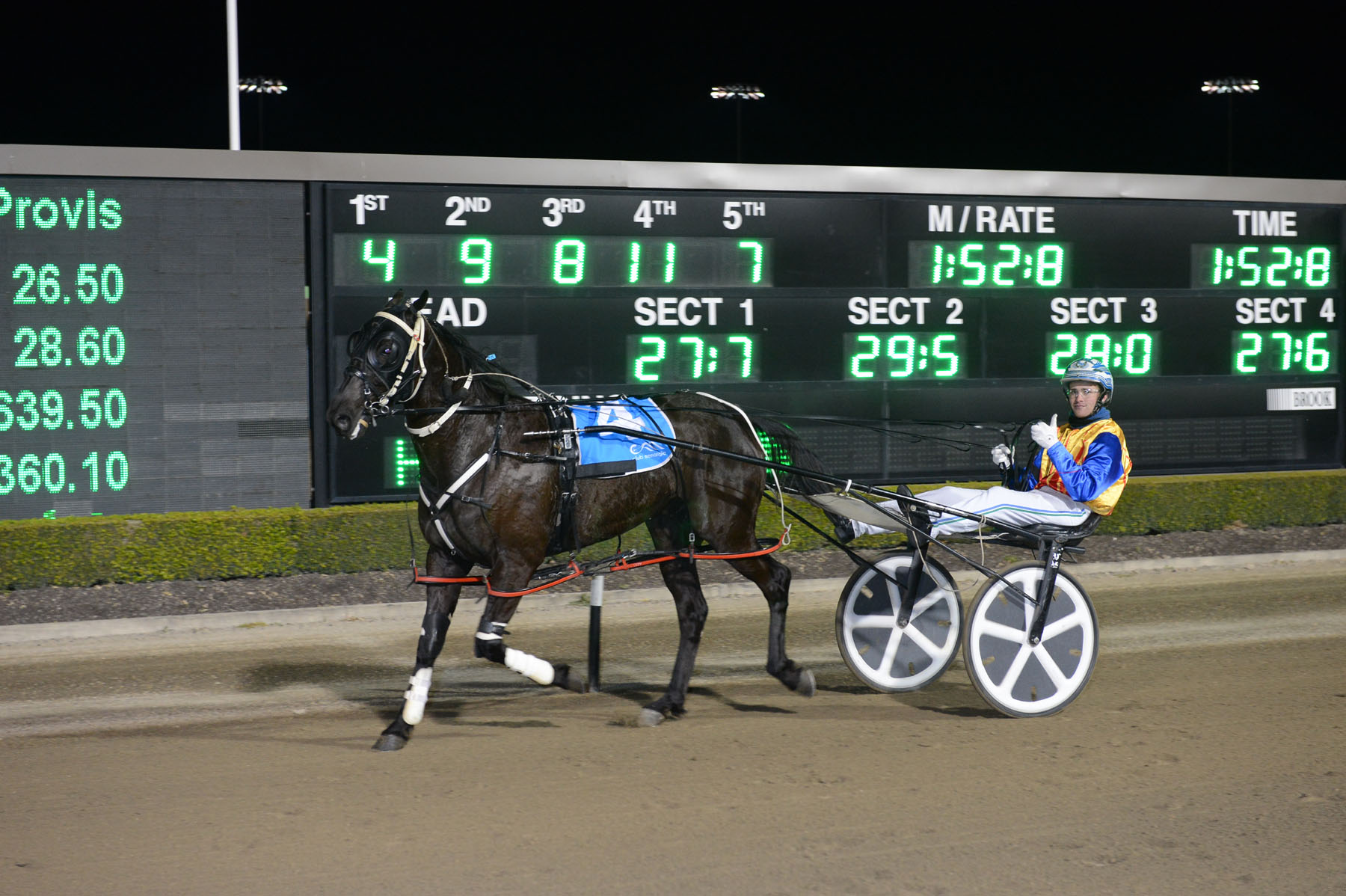 IN-FORM pacer Code Black doesn’t have to look far to find the biggest threat to his winning streak.

In fact, the Kevin Pizzuto-trained entire just has to glance to the paddocks either side of his to find the competitors ready to break his six-win sequence.

Engaged in the Group Three free-for-all, Code Black faces a difficult task after drawing wide in gate 11. The four-year-old slots into 10 with the removal of the emergency.

Pushing Code Black to a neck last week, Match Point is drawn to reverse the result from six.

“Not only is he racing well, on his work this morning, Match Point is ready to win.

“He was a little off a few weeks ago, and may have been a bit crook, but he is feeling terrific now.”

Thriving since joining Pizzuto’s team, Egodan has drawn in the middle of his stablemates as he takes a step up to open company.

The son of Sportswriter boasts three wins and a second from four starts for Pizzuto, including a slick 1:52.4 triumph last weekend.

“Egodan has been doing a terrific job since he got here,” Pizzuto said. “Having said that, he is up in class this time.

“This will be a big test for him, so we’ll just have to see how it pans out.

“Although Code Black is in a zone, Match Point is ready to knock him off his perch.”