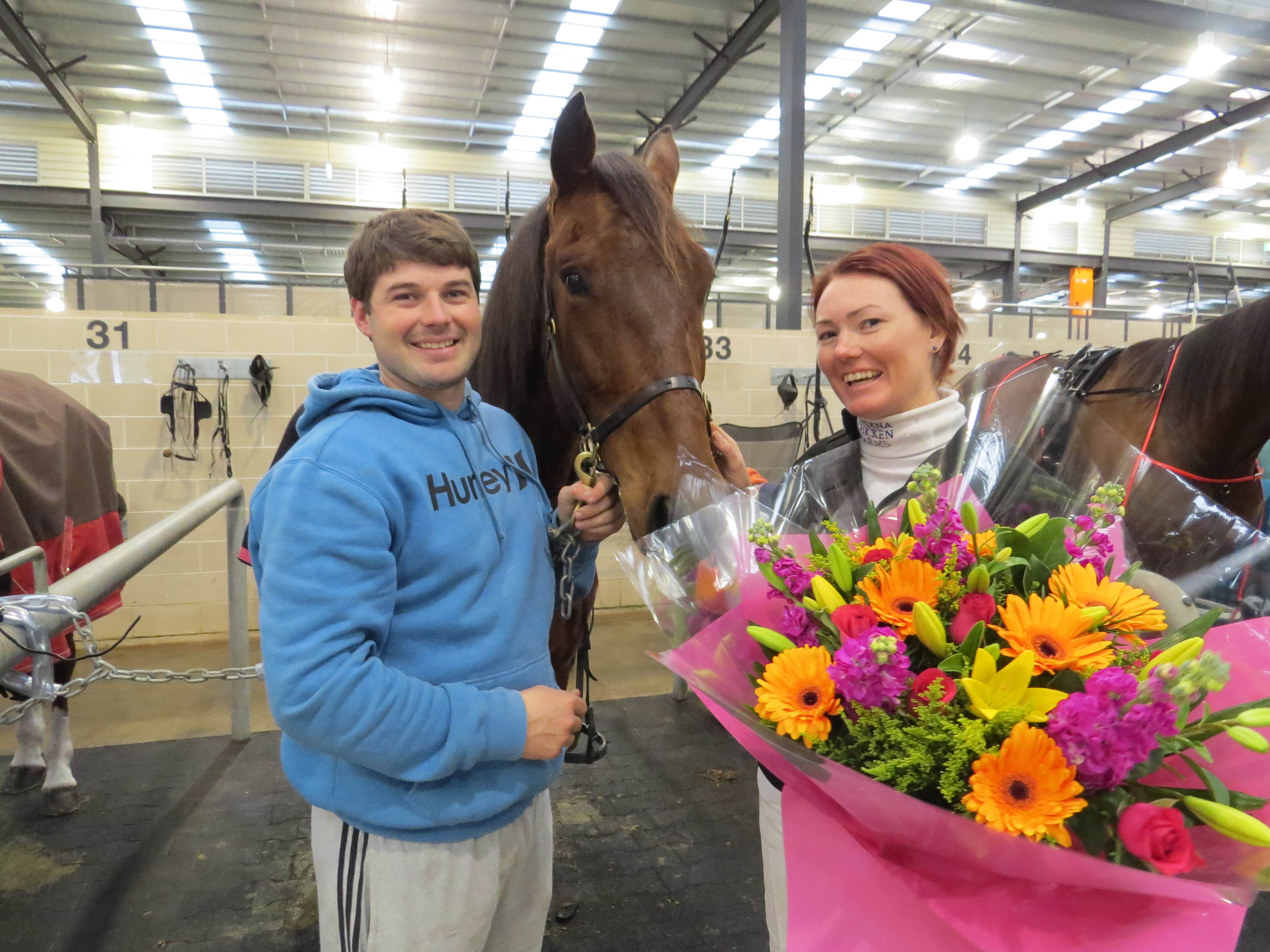 MORRIS, TURNER TO GO ON THEIR WINNING WAYb

TALK about a week to remember!

Star young Menangle reinsman Robbie Morris turned 26 last week . . . and he must have decided he’d aim for 26 winners to celebrate the occasion.

And at the end of an amazing week of harness racing, he won’t be all that far off it.

Winners have come thick and fast for the Menangle-based horseman and his trainer/partner KerryAnn Turner, who will this week end the series with a flurry of more wins – and you can bet on that.

The ace pair will have a big team of runners at Menangle today and also tomorrow as they look to end one of their best-ever seasons on a high note.

Turner will have five starters at Menangle today and at least four of them look likely to continue their run of dominance.

And there’s another four solid chances at Menangle tomorrow [Tuesday] which will round out an amazing season which has Turner poised on 130 training winners and Robbie on 113 driving winners. 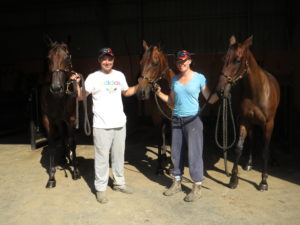 CAUSE TO CELEBRATE: Robbie Morris and KerryAnn Turner have had a week to remember with their stable mainstays.

Turner is second only to John McCarthy as the leading metropolitan trainer, while Rob trails only Todd and Luke McCarthy, Chris Geary and Amanda Turnbull in the metro drivers’ title.

Morris and Turner showed their versatility last week, KerryAnn trainer five winners at Menangle on Tuesday while Robbie drove four of them – on his birthday – and KerryAnn handled the other winner, Kleened Out, herself.

On Saturday night they won with Condagen at Menangle and also landed Dance For Glory a winner at Newcastle with Mark Callaghan aboard.

Callagan returned the favour by sending Lovin Miss Daisy down to Menangle and Morris duly got her home first as well with an exciting win.

The stable will go close to winning Race Two at Menangle today with Heavenly Shades, who has been racing consistently and is drawn to be prominent from gate four.

Sweet As also looks a good chance in Race Three if the mare can get the better of Kev Pizzuto’s polemarker Trickys Beaut (Chris Geary).

Promoted also looks the one to beat in Race Six – a race for horses that have won less than $3500 in their past four starts.

Ironically it is five starts since Promoted last won a race (at Maryborough) but the bay gelding has two Newcastle placings to his credit and this race looks ideal.

Turner will climb back into the sulky in Race Seven as she has two runners in the race, Glenferrie Bunter, which Robbie Morris will drive and Fioki, which she will steer.

Glenferrie Bunter has joined the stable from South Australia after Globe Derby wins at three of his last four starts there before heading ‘east’.

He galloped out of the gate in his first NSW start, at Newcastle when eighth but Turner will have him well schooled to improve on that effort today.