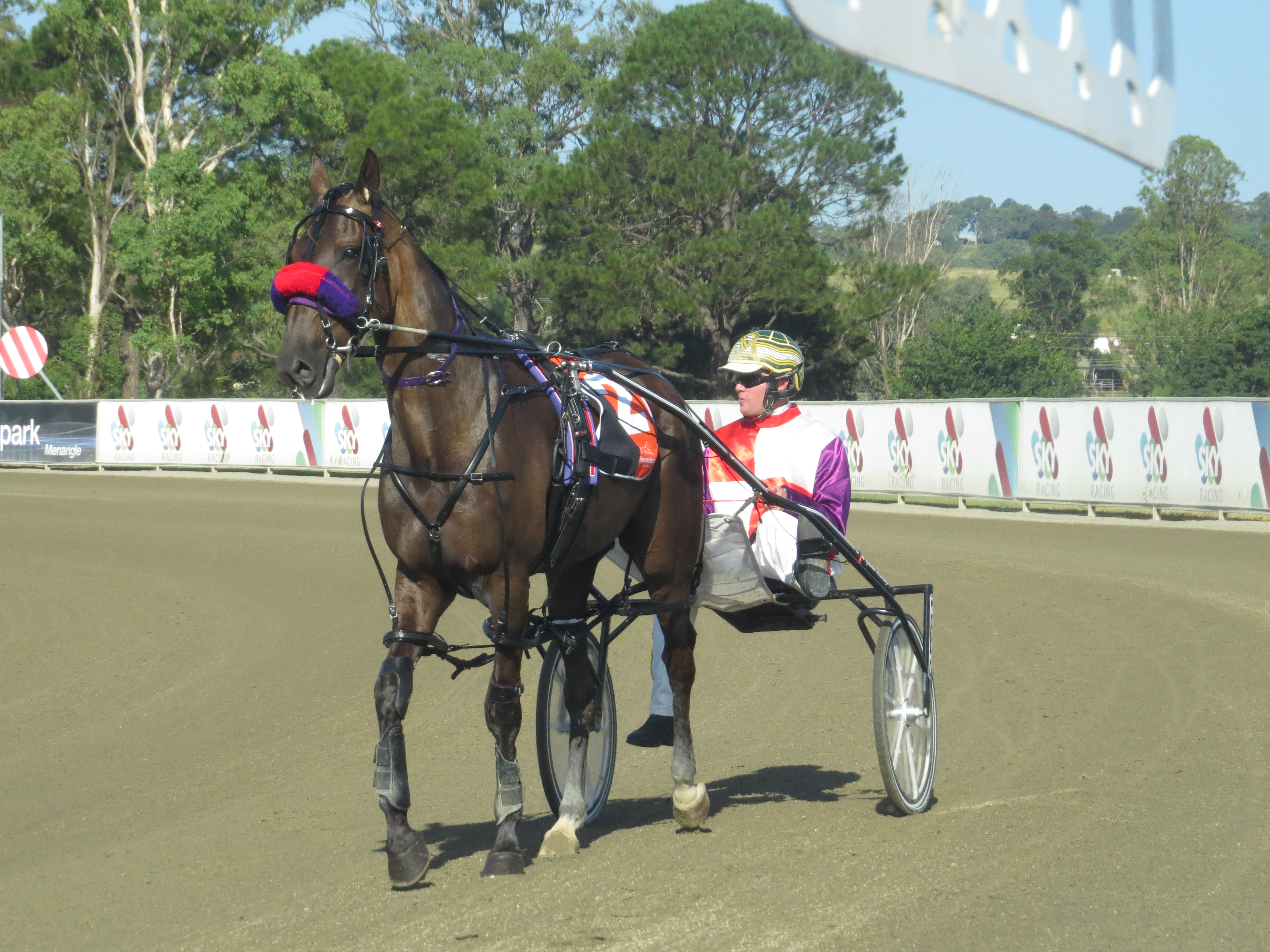 OUTSIDE CHANCE: Valoroso Hanover could add to Chris Geary’s tally.

Chris G1 Club Menangle36 Provincial Premierships1 Tabcorp Park Menangle34
GEARY COULD FINISH THE SEASON WITH A FLOURISH IT’S hard to believe that Chris Geary is still regarded as a junior in the driving...

GEARY COULD FINISH THE SEASON WITH A FLOURISH

IT’S hard to believe that Chris Geary is still regarded as a junior in the driving ranks, he’s been such a force in Sydney harness racing for so long.

And while the winners have flowed thick and fast this season – especially with the backing of the powerful Shane and Lauren Tritton stable, Geary is poised to finish the season with a flourish at Tabcorp Park Menangle today.

Several leading trainers have snapped up the 19-year-old for some plum drives at Menangle and Geary should have no problem adding to his tally of 148 wins so far this season.

Geary has six good drives on the seven-race card and could easily open with a win after co-trainers Joe and Mary Rando stuck by him for the ultra-consistent trotter Takin To The Max in the opening race.

With the gelding’s regular reinsman David Morris driving stablemate I Asked Nicely, Geary gets the chance to get the son of US sire Great Success back into the winners’ circle after a string of consistent efforts.

That includes placings at four of his past six starts, including three at Menangle as the unlucky pacer looks for a breakthrough win this season and his first success since January last year.

Another leading trainer Darren McCall regularly hands the reins on his stable hopes to Geary and he has stood aside again in Race Two so that Geary can steer handy two-year-old Ichiba Newy, who is perfectly drawn in gate one.

Ichiba Newy was just edged out by Rocknlachlan at Newcastle last week but the re-running of the race, after a fall early in the day caused it to be stopped mid-race, did not seem to help her chances.

Up against a field of fillies all looking for their maiden success today, Ichiby Newy should look for an all-the-way win for Geary.

Geary’s other great hope looks to be veteran gelding My Elusive Dream in the final race.

Racing in great heart at the moment for trainer Shane Sanderson, My Elusive Dream scored a strong win at Menangle two starts back [with Geary in the sulky] and despite drawing wide in gate seven today, looks a top chance of scoring his 30th win at his 188th start.

Geary will also drive outsiders Mind The Wire for Sanderson in Race Six, Valoroso Hanover for local trainer Richard Glide in Race Five and Our Leonardo, also for Darren McCall in Race Four.

For the record, this is actually Geary’s fourth season of competitive driving – and his tally has improved each season for a natural horseman, who first caught the eye when he began winning races with the mini trotters.

Since then Geary has landed 374 winners on tracks around the state and it’s a fair bet that sometime next year we will also be acknowledging his 500th winner.

And all before his 21st birthday.