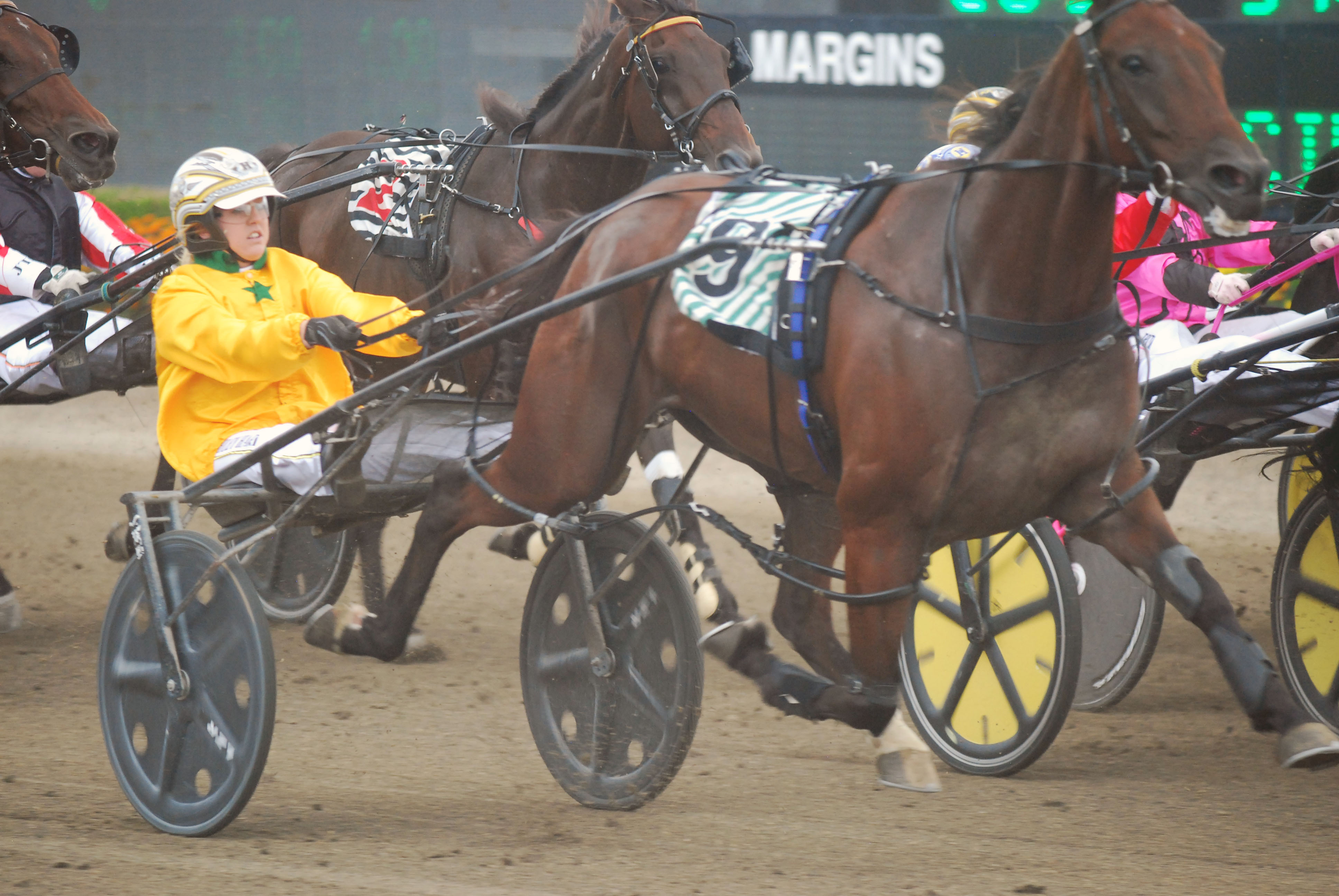 This Hart’s in the right place HE’S just turned 19 yet reinsman Cameron Hart already looks to have the harness racing world at his...

This Hart’s in the right place

HE’S just turned 19 yet reinsman Cameron Hart already looks to have the harness racing world at his feet.

Hart is relishing his decision to leave the Riverina and take up a role as stable driver for the Menangle-based Shane Sanderson stables.

It now has the young reinsman driving winners all over the state and even crossing the border to Queensland where he travelled to land a winning double for Sanderson at Albion Park on Saturday night.

Hart’s only temporary setback was at Menangle last Tuesday when he thought he was home and hosed aboard Mind The Wire before his big sister Ashley nabbed him right on the line with Epaulette in a rare brother-sister quinella.

“I am having a good run, for sure,” said Cameron.

“I knew it was close, last week, and I thought I had stolen a march but she got me fair and square,” he said.

“I worked to the top in the straight and got the shock of my life when she grabbed me right on the line. Ashley loved it, that’s for sure.”

Hart said his move to Sydney had been a great one and he was loving it as Sanderson had continued to build up a strong stable with some consistent performers.

“There’s a lot more meetings here and driving against the best drivers in Australia like the McCarthys and the Fitzpatricks week after week can only help your driving,” he said.

“You watch how those guys perform and you certainly learn a lot.”

Hart has four drives at Menangle today and all are rated some chances of collecting cheques.

“Aichbechateaunoir was a little disappointing at her first couple since coming to the stable but she was a lot better last start and she has worked well since,” he said.

“She is stepping up in distance so we’re not too certain how’s she’ll go with that but we’re hoping she’ll improve.

“Lucky Artist (Race Four) has put in two good efforts at her past couple and should go OK too.”

Hart will also be aboard Loorrim Creek in Race Five, which is shaping as one of his best chances on the day.

“He’s a nice little horse on the back of his effort at Penrith last week which was really tough,” he said.

“He has good gate speed and should be able to grab a nice position in the run.”

His final drive for the Sanderson stable will be Franco Revel in Race 10:

“He’s a consistent horse who just needs the right trip to be in the finish,” he said.

This ‘journo’ has found a happy home i...
All the Late Mail for Menangle today
Streisand to come out humming
Big guns return to happy hunting ground
About author