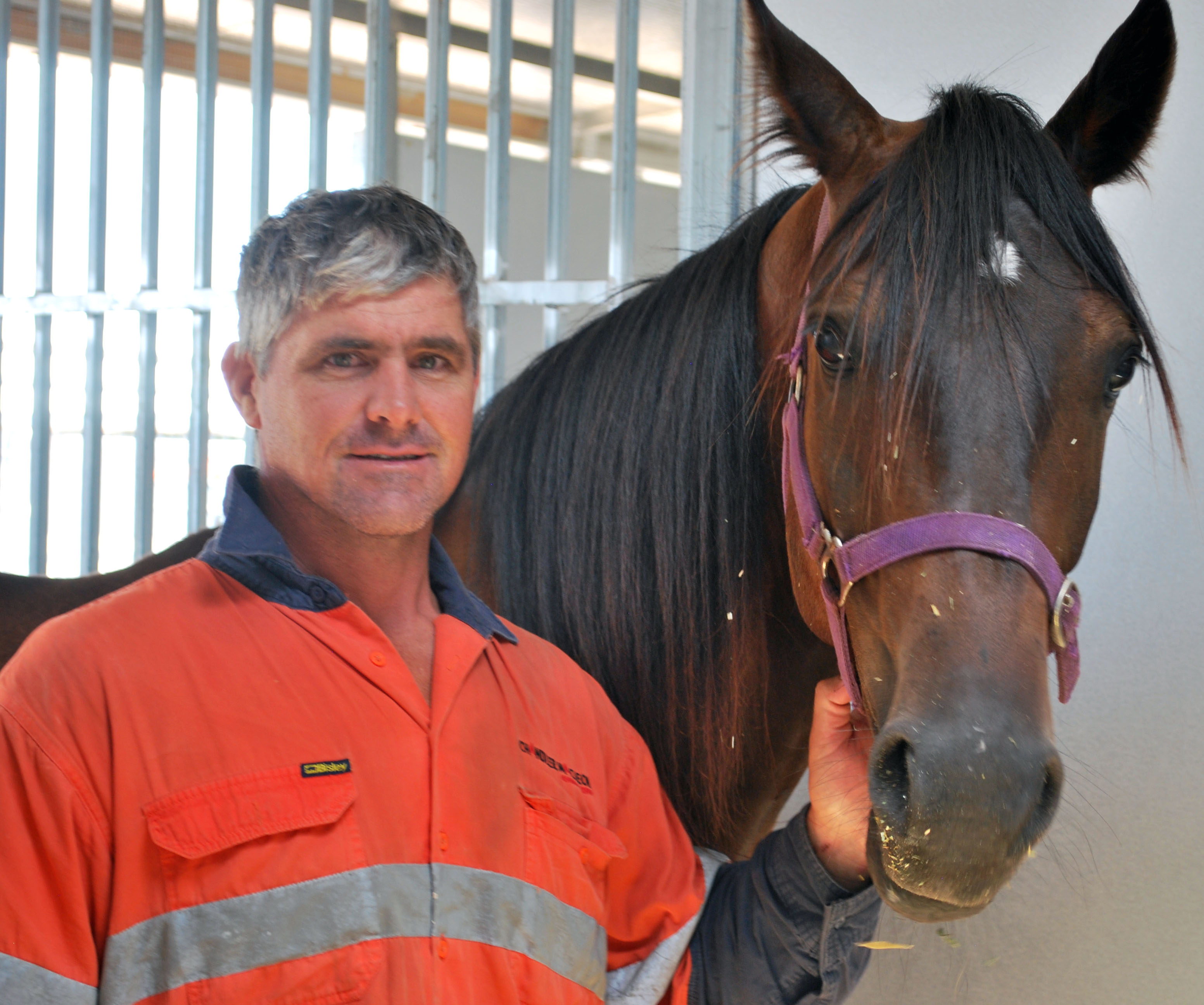 Sanderson the man to watch

FORMER Queensland horseman Shane Sanderson could be the man to follow at Menangle today with five genuine chances on the seven-race program.

Always one to keep the stable turning over their horses, Sanderson will make a rare foray into the ranks of the square-gaiters when he starts former South Australian mare Zaire Diva in the opening event, the Ainsworth Gaming Trotters Mobile.

“She looks well graded and should be competitive but I’m a bit new to the trotting ranks myself,” said Sanderson.

“But this mare came to us in good order and has settled in pretty well here and is coming along nicely.

“I do expect her to be competitive at Menangle, but we’ll still have to wait and see how she goes.”

Sanderson has a double-barreled shot at two races later in the program.

He’ll start another horse who is only a fairly new addition to the stable in Magic Oats in Race Six and the gelding, who has had 81 race starts, will race without hopples for the first time in a race with Blake Fitzpatrick taking the drive.

“He trialled nicely without the hopples and we are really happy with how he’s been going,” said Sanderson.

“I expect him to run a cheeky race first-up.”

Sanderson also has Change Of Mind (Jack Trainor) in the same race.

“He has loads of ability but he’s been pretty hard to catch,” said the trainer.

“On ability alone he would test this field but it’s not as simple as that and while he’s certainly capable of winning he keeps me guessing as he mixes his form a bit.”
Sanderson also has Saint Flash and My Elusive Dream in the final race of the program, the Bubba Gump Pest Control Claiming Pace.

“Saint Flash hasn’t had a lot of luck lately and has been caught without cover at his past couple of runs,” said Sanderson.

“Still the 2300m should suit him nicely and I expect him to be competitive.

“My Elusive Dream has been racing in great heart too and he’s always a chance in races like this.”

Sanderson splits most of his drives between Blake Fitzpatrick and Jack Trainor but explained that young Riverina-based reinsman Cameron Hart would also be joining his ‘team’ and could expect to steer a few of his leading chances in the weeks to come.

“Cameron’s suspended at the moment but can expect a few good drives because the other pair often have other engagements as well for bigger stables,” he said.

Sanderson has made a great fist of training since moving from Queensland when the Menangle Training Centre opened.

Rixon racing in the name of charity
Turnbull turns it up
ATOMIC RED
Race Preview: Menangle Tuesday December 5
About author