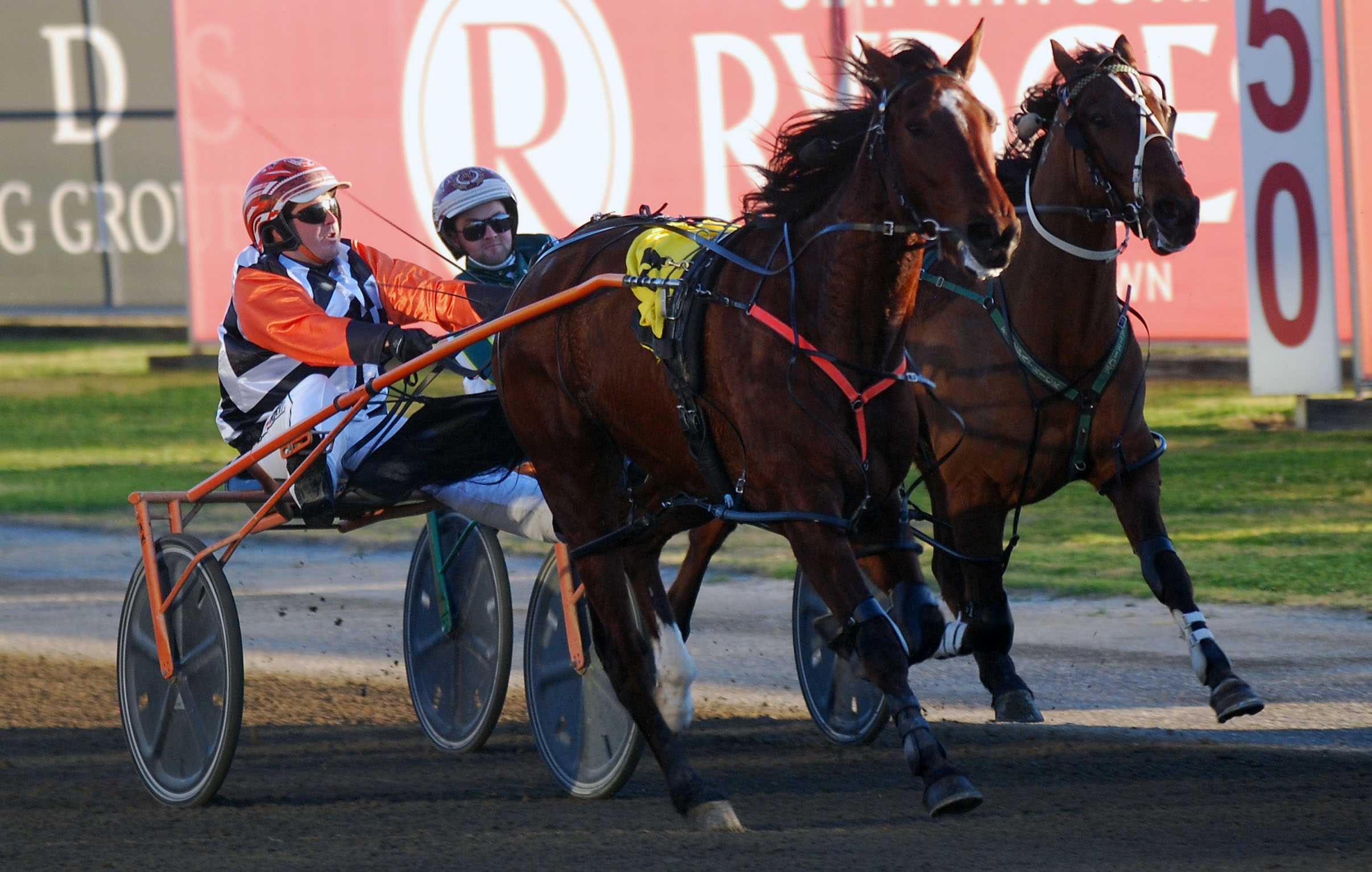 Club Menangle37 Preview4 Robert Morris6 Tabcorp Park Menangle34
Trotters in action in today’s opener at Menangle The first of a six-race card featuring the trotters will start all the action at...

Trotters in action in today’s opener at Menangle

The first of a six-race card featuring the trotters will start all the action at 2.37pm today (Tuesday) at Tabcorp @ Club Menangle.

Blake Fitzpatrick will be hoping Seven Secrets can back up from last Tuesday’s win at the track.

However, in an open race, Fitzpatrick will have to fight off a number of challengers, including All Royal Gal, Tough Monarch and No Trumps No Glory.

The second race looks to be between Jakes Sportswriter and New Zealand import Vasari.

Jakes Sportswriter has filled the minor places in his previous three starts while Vasari, a son of Art Major, is set to have his first race in Australia for trainer Paul Fitzpatrick.

Our Mels Dream can make the most of an inside draw in the third race but won’t have it all his own way with Our White Knight and Forever Texas in the field.

Both were runners-up in their previous races.

Cracka Star could take out race four to record his first win in Australia.

He has come close in his previous five starts at the Menangle track and could run a big race for Blake Fitzpatrick.

The three outside runners could hold the key to the penultimate race.

Eh Ef El, Stening and Celestial Arden should have enough speed to overcome their wide draws and fight it out at the finish.

KerryAnn Tuner has three entries in the final race but Our Quinn, who is bidding for three consecutive wins, looks to be her best chance.

In another open race, the inside drawn runners Trickys Beaut and Redbelly Jack will ensure Our Quinn knows he is in a race.