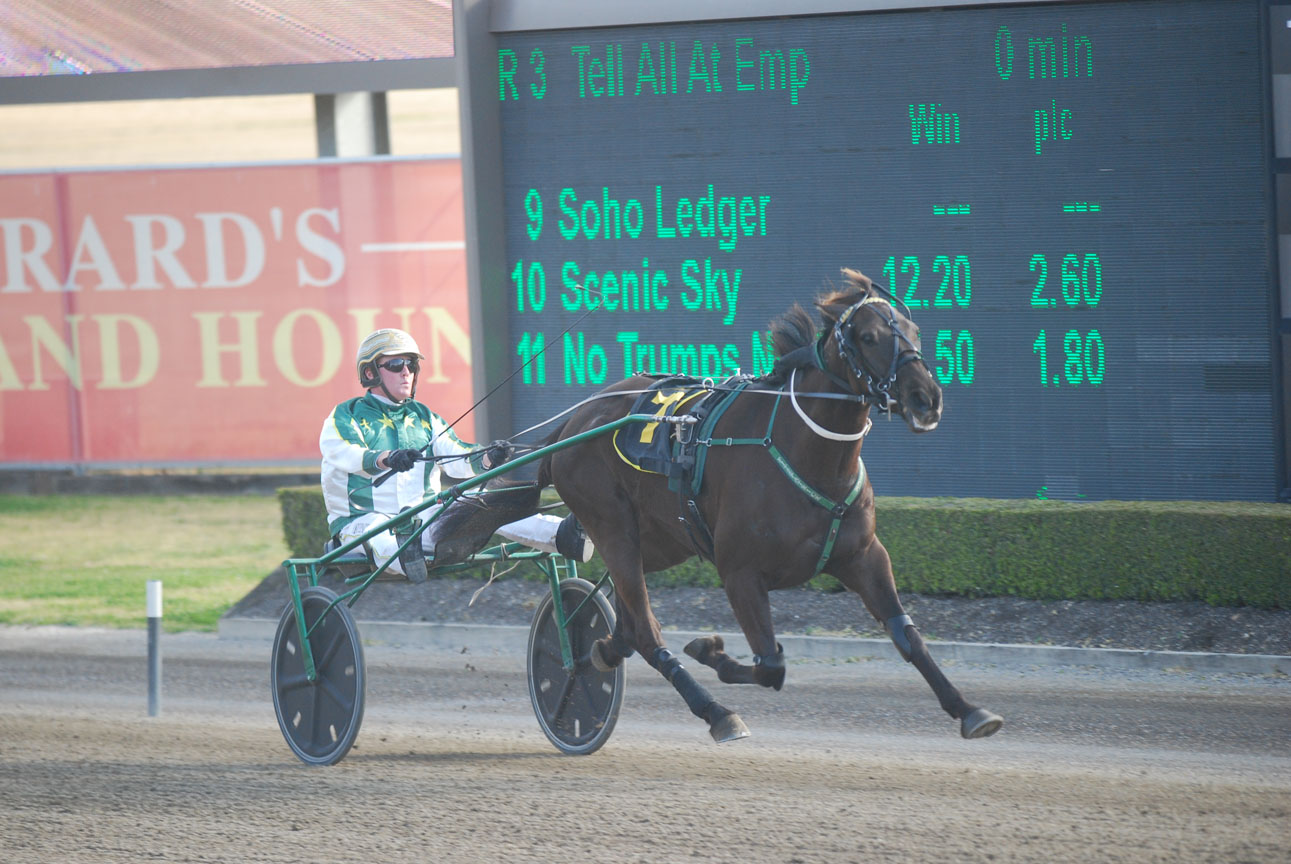 Tabcorp @ Club Menangle will host an eight-race card today (Tuesday) with the trotters on show in the opening two events, which will be run over 2300 metres.

Shane and Lauren Tritton are hoping their first timer Bold Hussy makes an impact on her debut.

However, regular placegetter Takin To The Max, who went down by a half-head margin to Seven Secrets last week, could pose a major threat to the Trittons’ horse recording a dream start to her career.

The Trittons’ New Zealand import Time Traveller ran a decent trial last week and could make his Menangle debut a winning one if he can hold off the challenge of trainer Joe Rando’s The Times A Changing.

Rando’s three-year-old gelding is seeking consecutive wins and should be ready to produce a big effort following his recent spell.

In an open race, Jakes Sportswriter might prevail in the fourth with Todd McCarthy in the gig.

The three-year-old colt ran a decent race when grabbing a third place at Menangle last week.

One of Team Tritton’s stars, Eh Ef El makes an appearance in the fifth and should start favourite.

A son of Christian Cullen, the five-year-old gelding is seeking five straight wins.

Trickys Beaut is on a hat-trick in the sixth race for trainer Kevin Pizzuto.

Having won his two previous starts, Trickys Beaut will have to be at his best as he faces last start winners, The Village Creep and Just Tootsie who will be the main dangers.

KerryAnn Turner’s Celestial Arden backs up from his win at Menangle on Saturday, but instead of Robbie Morris in the gig, it will be young driver Joshua Gallagher, who is still on a high from driving his first winner at Newcastle on Saturday.

Dillon, also a winner in his previous race at Menangle for trainer Peter Rixon, will push Celestial Arden all the way.

Pizzuto can add another winner to his tally with Jokers Tothe Right in the final race.

Jokers Tothe Right should start a short-priced favourite in his bid to win four consecutive races.

The first race is scheduled to start at 2.03pm.