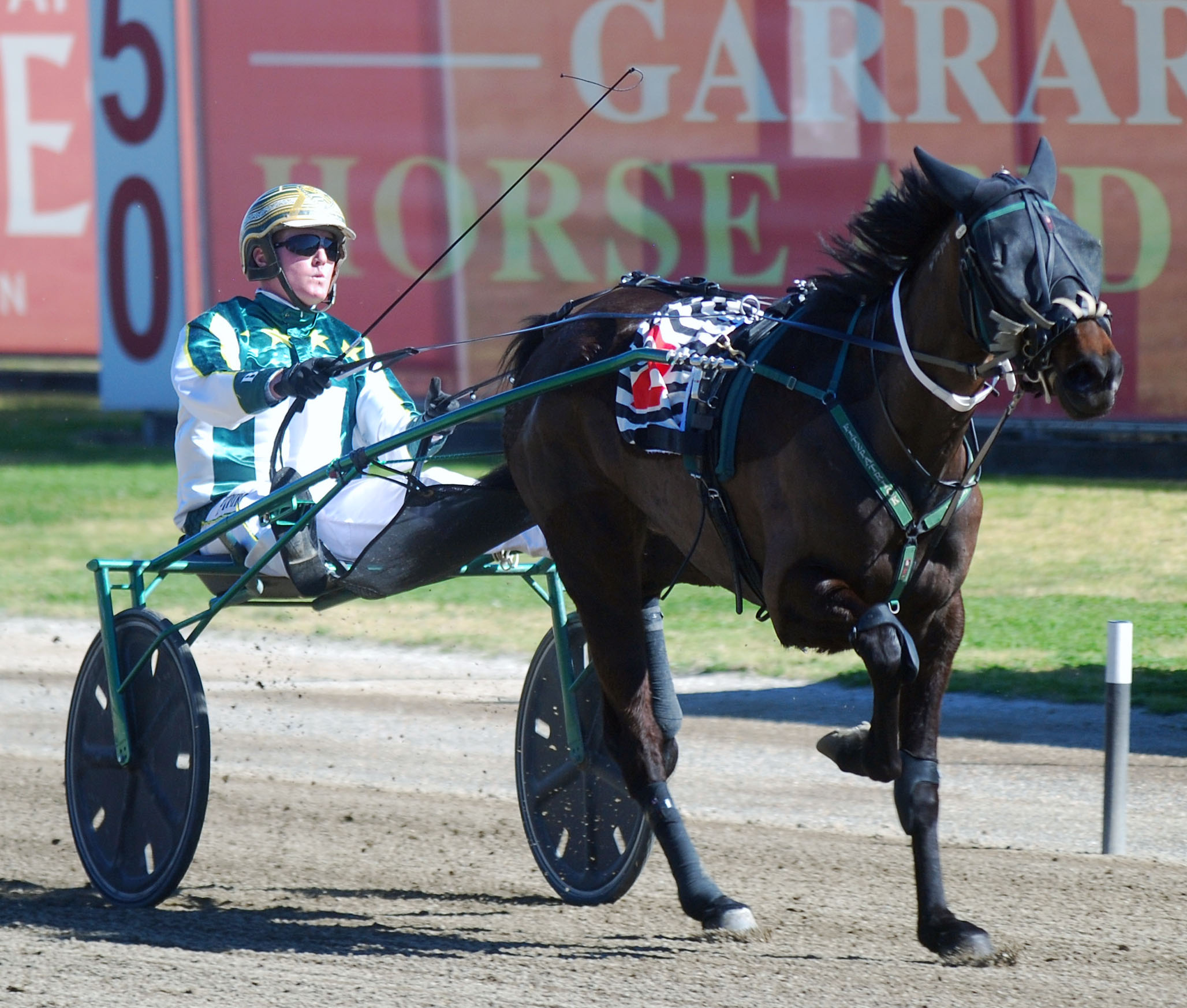 BLAKE Fitzpatrick will be hoping to repeat last Tuesday’s feat of winning the opening race with trotter Tuhimata Lass in today’s opener at Tabcorp @ Club Menangle.

Darren McCall could provide Fitzpatrick with a challenge with Five Card Trump, who finished runner-up to the talented War Dan Destroyer last week.

McCall holds the aces in the following race with Ichiba Newy, who can make the most of an inside draw.

In race three, Fitzpatrick can add another winner with Mistercool Sea Eyre, who lost last week in a protest to KerryAnn Turner’s No Trumps No Glory, who again poses a major threat.

Turner has entered Come Cullect, which has failed to win in her last 12 starts and last start winner Kleened Out, which faces a class rise in this event.

Blake Fitzpatrick’s Kayteeoh Denario and Craig Cross’ Bettor Together should fight out the finish in the fifth.

Bettor Together, with Todd McCarthy in the gig, is bidding for three consecutive wins.

Trainer Michael Doltoff’s My General Lee, who has had one run back from a spell, should start favourite in the sixth and be hard to hold out.

Jokers To the Right could notch his third straight victory for trainer Kevin Pizzuto in the final race.

Leon Jurd’s A Passion For Aces and Shane Sanderson’s My Elusive Dream both finished behind Jokers To the Right in their previous start and could fill the minor places today.

The first of the seven-race card is scheduled to start at 1.49pm.