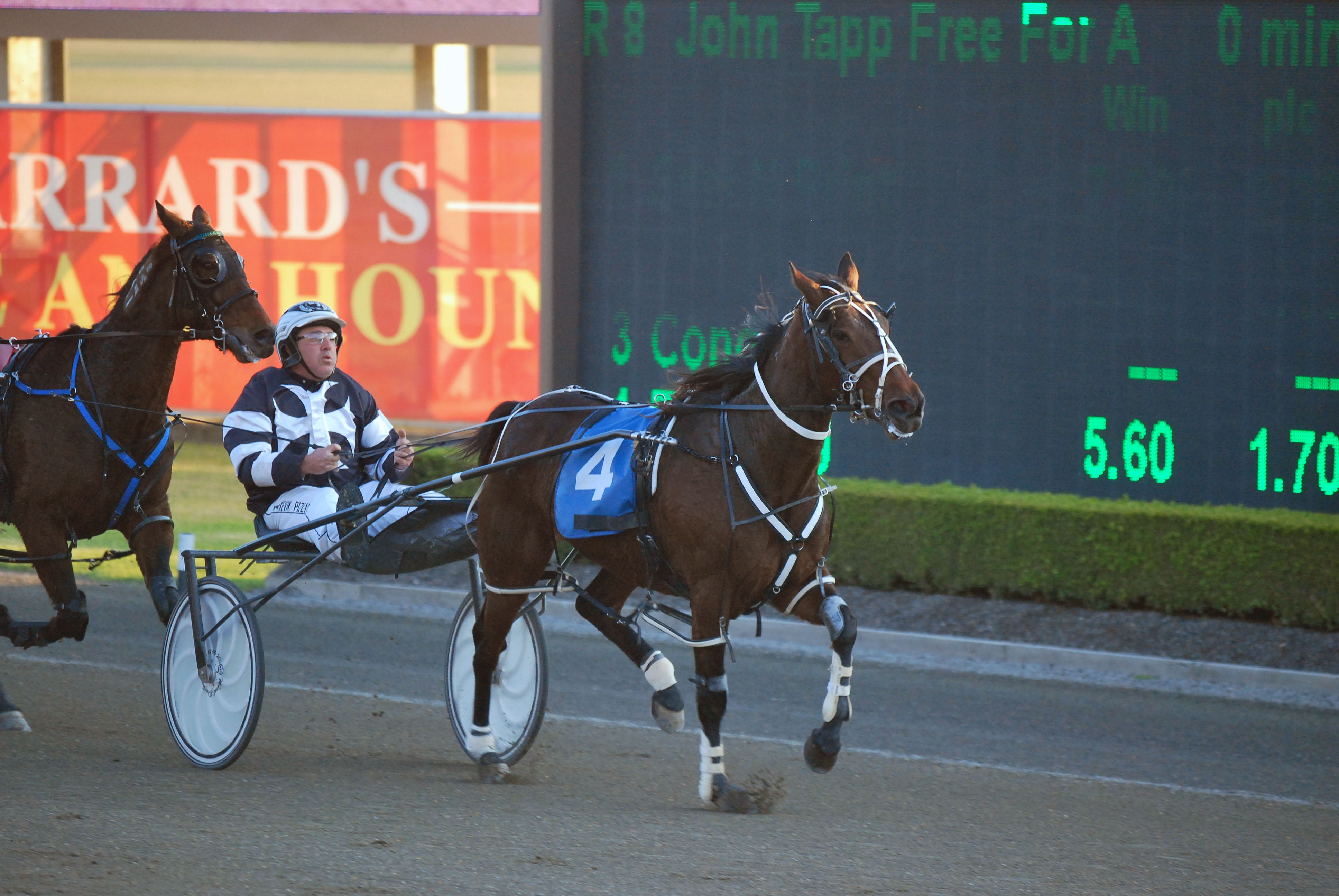 Borg Civil Australia1 Pizzuto5
Borgs looking for an early double BROTHERS Michael and Justin Borg are set to reap immediate dividends on what could end up being a...

Borgs looking for an early double

BROTHERS Michael and Justin Borg are set to reap immediate dividends on what could end up being a half million foray into the sport with the real prospect of an opening night double for the pair at Penrith tonight.

The brothers own and operate Borg Civil Australia in Bringelly in Sydney’s west which specializes in excavation, truck hire and plant hire.

The Borg’s have commissioned leading trainer Kevin Pizzuto to spear head their four-legged venture bankrolled by a massive $500,000 investment.

They will represented by their first two runners tonight in Lola Jones and Miss Patriot, who were both selected  from New Zealand on the recommendation of Pizzuto.

“They are mates of mine as they intend to pour big money into the sport.  They are looking to buy up to eight horses for me to train.

“At the moment my stables are full but we’ll be making room to accomodate them.”

Pizzuto has an outstanding strike-rate of  winning first-up with ex-Kiwis and he expects things to be no different tonight.

“Miss Patriot is pretty smart 4yo mare and I expect her to win. She should lead all the way,” he bluntly said.

“I’ve had her first about three weeks and she is adjusting well to my training routine.

“I have a lot of time for her and she has a bright future.”

Miss Patriot crosses the Tasman with only four runs under her belt and their was a lot to like about her last start maiden win at Addington on August 24.

After working overtime to lead, she surrendered midrace before storming home on the sprint lane to win in stylish fashion.

After Penrith Pizzuto is keen to take her to Eugowra this Sunday for the heats of the Lexus Of Parramatta Canola Cup.

The best C0 pacers in the country will come out of the woodworks for the rich series with the Group 3 $30,600 final on Monday October 2.

Lola Jones is an experienced 7yo mare with nine wins from 74 starts and over $60,000 in prizemoney.

“She has her share of ability but the draw is a concern tonight,” Pizzuto warned.

Pizzuto was referring to her barrier seven draw, the inside of the second line behind Heza Swinger who is not a noted quick beginner.

“She still a bit fat so there is improvement to come but she can win if she has any luck from the draw,” Pizutto added.