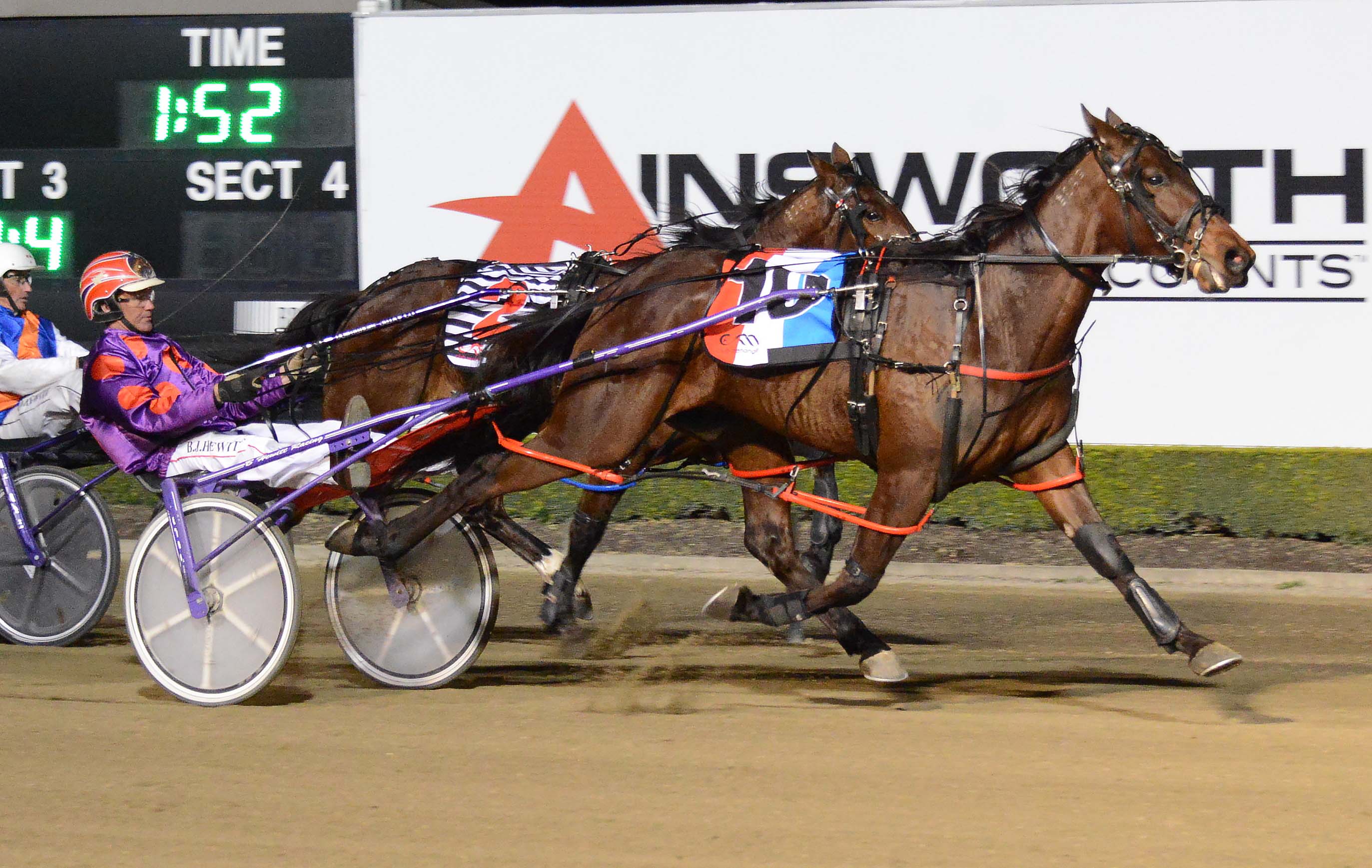 Preview4 Young7
NOBODY drives the Young harness racing circuit better than Mark Hewitt. For that reason several trainers have snapped him up for some plum...

For that reason several trainers have snapped him up for some plum drives there this afternoon as the Grenfell horseman attempts to play a bit of “catch-up” with the family.

Mark has watched his brother Bernie, based at Georges Plains, annex some of the bigger Group races run in New South Wales in recent weeks.

It’s a far cry from some of the smaller fish that Mark will be chasing at Young this afternoon with handy drives in four of the last five races.

But it certainly gives the smart horseman a chance to keep the Hewitt flag flying with the family on the crest of a wave at the moment.

Mark will have his first drive on former New Zealand mare Knysna for Bendick Murrell (near Cootamundra) trainer Greg McCaffery in Race Four with the daughter of Gotta Go Cullen ready to show her best after four runs from a spell. 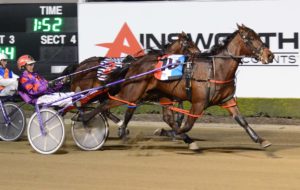 While Matthew McCaffery has driven Knysna at his six most recent starts, the engagement of the experienced Hewitt might be just the change this mare needs to find her best form.

Mark will also fancy his chances of success with polemarker Bally Barfly after drawing the pole in Race Five at Young.

This is the best draw Bally Barfly has had in his 12-start career and Hewitt’s fellow Grenfell trainer Ashley Hazell will be looking to break this lightly-raced gelding’s maiden status with a win at Young.

Hewitt will also help out Cowra trainer Colin Fliender earlier in the day when he takes his first drive aboard former Queensland pacer Fannychenal, who is having her first start since missing a place at Albion Park in June.

With just one win (at Redcliffe) from 15 career starts, Fannychenal has drawn the inside of the second row behind likely leader Awaiting The Dream (John Vautin) and should get a nice cart into the race.

Hopefully Hewitt will then have some runs on the board by the time he takes the drive behind his stable’s lone starter, Jumping Jack Jimmy, in the final race at Young.

A last-start Dubbo winner for Hewitt, Jumping Jack Jimmy has a consistent record at Young with several placings although surprisingly he has never won a race there in his 48 starts.

It could be a big weekend for Riverina harness racing with the Diane and Bernie Kelly-owned Molly Kelly down to contest the $50,000 Tatlow Stakes for two-year-old fillies at Melton on Saturday night.

A full-sister to former champion mare Frith, Molly Kelly has drawn perfectly in gate four for what will be her biggest test to date as she comes up against unbeaten stablemate Nostra Villa in this time-honoured Group Two feature.

Trainer Emma Stewart is in the box seat – she trains both these star fillies and admitted she cannot split them:

“Whichever one gets the best run in the race will win,” she said.

That should be Molly Kelly from gate four while Nostra Villa has to come out of gate eight, on the back row.

Open day of racing at Newcastle
Penrith July 20: McCarthy, Pizzuto eyeing a treble
‘Invaders’ springing up in the Riverin...
HARNESS RACING
About author