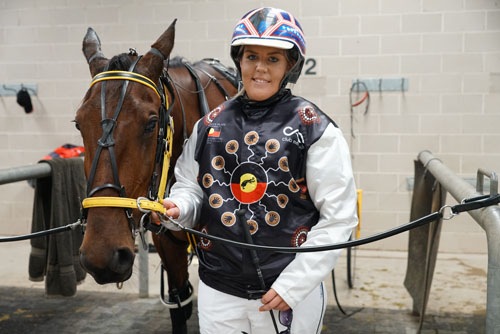 McKayler Barnes2 NSW14 Young6
McKayler’s in demand SHE’S one of the state’s most improved young drivers in recent months. So organisers of the J.C. Caffyn Indigenous Drivers Plate... 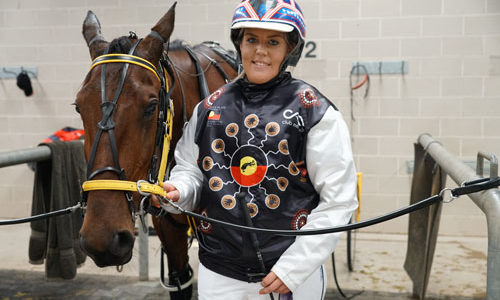 SHE’S one of the state’s most improved young drivers in recent months.

So organisers of the J.C. Caffyn Indigenous Drivers Plate will be desperate to lure Bathurst reinswoman McKayler Barnes back for her second crack at the title when it is run at Menangle next month.

Barnes’ confidence in the sulky has been growing with a string of winners in recent weeks and she heads for Young today with several good chances for the Peter Bullock stable, where she has quickly established herself as their stable driver.

Bullock has played his part by supplying her with several top chances at Young, including the improving Smack Dab Shannon in Race Four.

A winner at Parkes three runs back, Smack Dab Shannon has since finished two eye-catching thirds at Parkes and Penrith and the pair have formed a consistent association.

If Barnes can extricate the veteran gelding away from the fence today she might be capable of springing a surprise over last-start Menangle winner Holy Camp Clive and the in-form Our Braxton.

Barnes will also quietly fancy her chances with Jackeroo Shannon in Race Six.

A last-start Penrith winner in a tick over two-minutes, Jackeroo Shannon is by far the best-performed pacer in this three-year-olds’ race although she will again have to contend with a second-row draw. 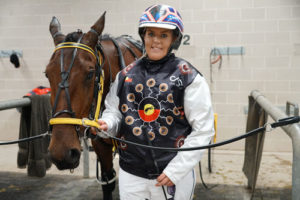 Still her major rivals, Ten Crystals and Kiss The Aviator and also drawn off the back row, suggesting Barnes might outsmart them all and come with one run and add to her tally for the season.

Barnes’ other good chance at the meeting is Shazam Shannon in Race Eight.

And at last she has a good draw to improve her hopes of success after the three-year-old Mach Three-bred youngster came up with gate one over the 1720m sprint journey.

Last-start Wagga winner Sunofasis will start favourite in the race but Barnes will be hoping to get the perfect trail on him from the pole and might add to a great day for the exciting young reinswoman.

McKayler and her sister Kylie have both driven in the Indigenous Drivers Invitational at Menangle – but not in the same years.

It would be a great coup by the Menangle club if they could get the two talented sisters to compete against each other in this year’s race.

Throw in two other indigenous brothers Brendan and Hayden Barnes and it might prove the perfect publicity stunt for Menangle’s feature race on their annual Fishers Ghost program.

And fans would almost be guaranteed a ‘Barnes-storming’ finish if these two brothers and the Barnes sisters – who aren’t related to the two boys – could fight out the finish.

Now shaping up for its sixth year, the Indigenous Drivers Plate has become one of the most sought-after features on the Menangle program.