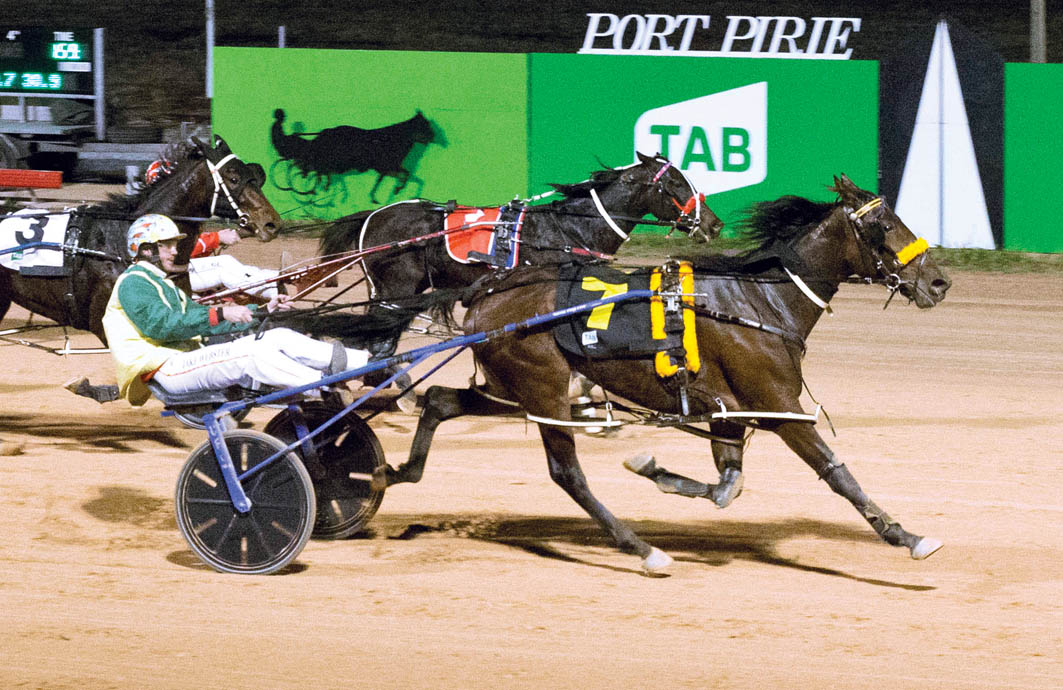 Primed and ready for another upset

A SUITABLE draw, winning form and high confidence – everything needed for Aces Daughter to cause another upset at Port Pirie on Saturday night....

A SUITABLE draw, winning form and high confidence – everything needed for Aces Daughter to cause another upset at Port Pirie on Saturday night.

Runner-up during her debut in Victor Harbour last month, Aces Daughter made her second appearance in a Southern Cross heat at Port Pirie last weekend.

Driven a treat by Jake Webster, the daughter of Alto Christiano upstaged her more fancied rivals to score at $28 on the tote.

While the win caught most people off guard, it was no surprise to trainer Ray Holberton.

“Before the heat I said drive her cold as I felt they would go berserk and she’d come home, which she did,” Holberton said.

“I was surprised she paid as much as she did as I gave her a good chance.

“She has pulled up well, been working great and is ready to run a good race in the Final.”

Aces Daughter has drawn to settle prominently from barrier three in the Group Two.

“She’s going very well,” Holberton said. “In her trials I looked after her…just educate her with this series in mind.

“I’m not saying she is a champ but I set for this race and now she’s in it.

“She was stiff not to win on debut and if she gets the right run again she is capable of another upset.”

Although he believes Celebrity Chef holds the key to the $50,000 feature from barrier two, Holberton rates Treasure as the one to beat despite her second row draw.

“How Celebrity Chef comes out could decide the race,” Holberton said. “Treasure is the one to beat as she is a very nice filly.”

Elsewhere on the card Holberton also has Play Your Ace in the Three-Year-Old Colts’ and Geldings’ Final.

Drawn the outside of the second row, the son of Shadow Play is among the outsider at $71.

A half-brother to Aces Daughter, Play Your Ace earned a berth in the decider when fourth in his heat.

“Being the rank outsider is about right especially from the draw,” Holberton said. “He’ll need a lot of luck go his way, but you never know in racing!