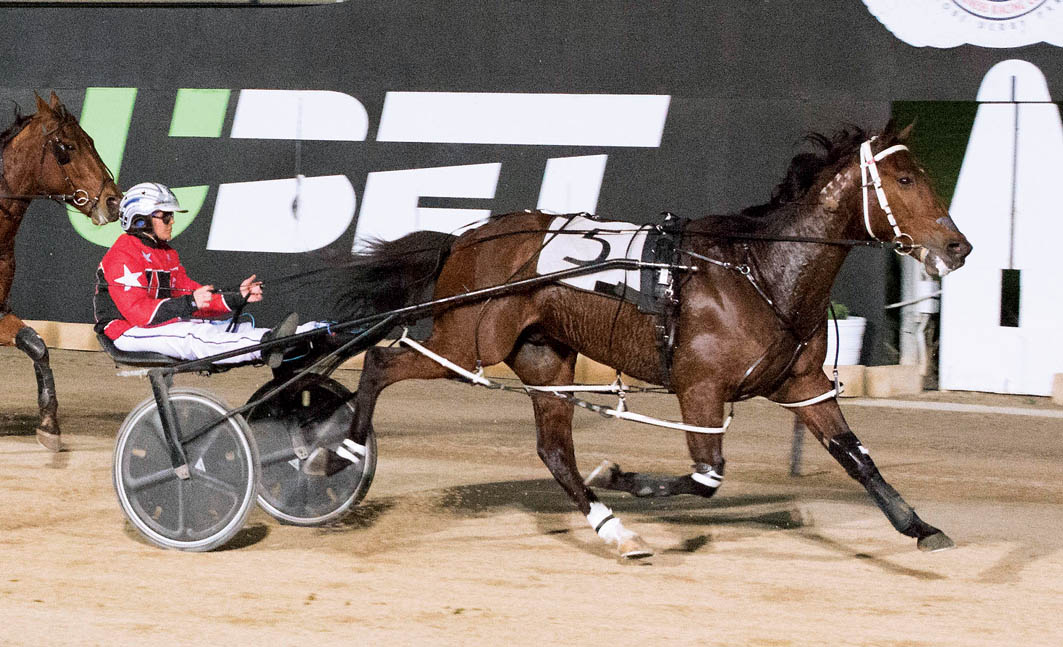 Joining David Harding’s stable last May, Blinding Light has made five appearances at the home of South Australian harness racing.

Overall the son of Charles Bronson has had eight starts for Harding, with his tally including a win at Port Pirie and a close second in the Strathalbyn Cup.

As for his pending engagement, Blinding Light has drawn barrier six, with Dani Hill to take the reins.

“He has done a good job since he got here and I can’t see any reason for that to change,” Harding said. “He’s been freshened up since his tough fourth at Mildura a month ago and will be hard to beat.”

Harding also has Crusader Banner in the field, with the son of Christian Cullen to begin from seven.

Crusader Banner has had three starts for Harding for a win and a minor placing.

“He’s also done well since he got here,” Harding said. “I’ve been happy with his work and he will be right in it.”

Runner-up at his past three outings, Clarenden Hustler as get his chance to burst back into the winners’ circle from the pole.

“Clarenden Hustler is the one to beat from the pole,” Harding said. “Dad’s (Les – Lost In Bangkok) has been working really well and will let them know he is there.

“He was first-up for eight months when fourth a couple of weeks ago and will improve for the run.”