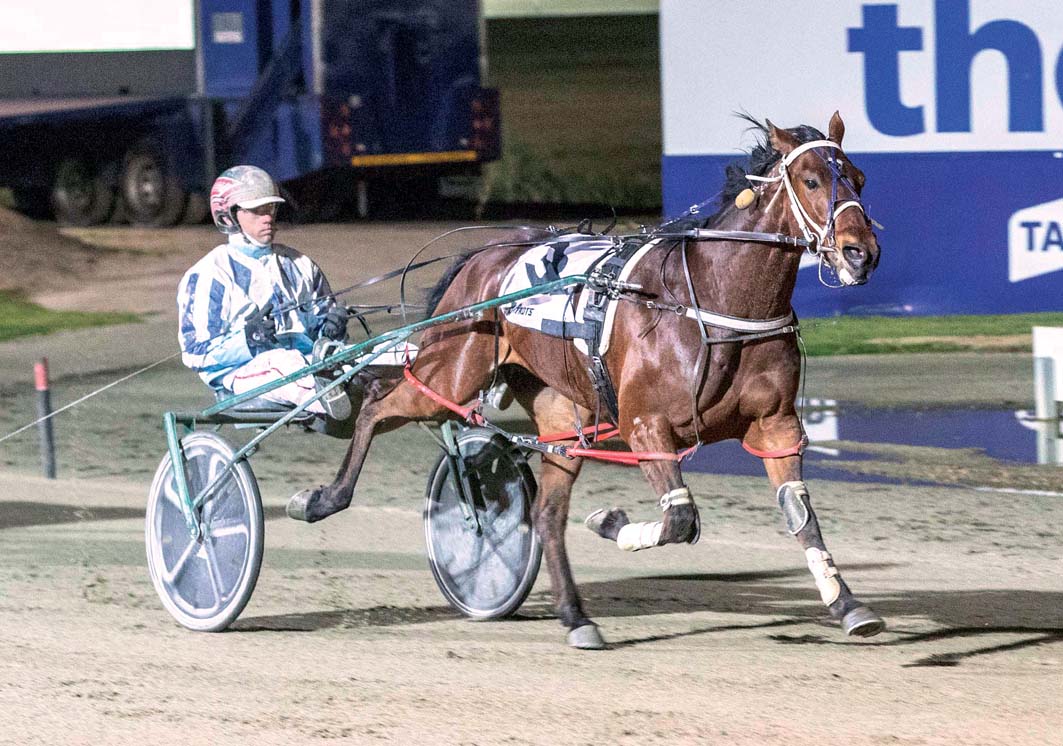 WHATS IN THE ESKY - Photo HRV

A TOUGH draw at Bendigo on Friday night should have no impact on Whats In The Esky continuing his unbeaten record for the season....

A TOUGH draw at Bendigo on Friday night should have no impact on Whats In The Esky continuing his unbeaten record for the season.

Successful at his four starts for the term, Whats In The Esky will begin from the outside of the second row for trainer Allan McDonough who is positive the Australian Pacing Gold purchase can extend his winning sequence.

“I think he can still win,” McDonough said. “He is up in grade a little, but is still lightly-assessed based on his potential.

“At least over 2100 metres he has a chance of getting into the race from the draw.

“His work since his win at the same track last week has been great and he’ll be right in it.”

Despite Whats In The Esky’s impressive form McDonough has no major plans in mind for the four-year-old.

“At this stage I will just keep going through the country fronts with him,” McDonough said. “A heat and Final series would be ideal if I can find one.

“There is an M0 series towards the end of the year, so if he keeps going the way he is, it is something I will look at when it gets closer.”