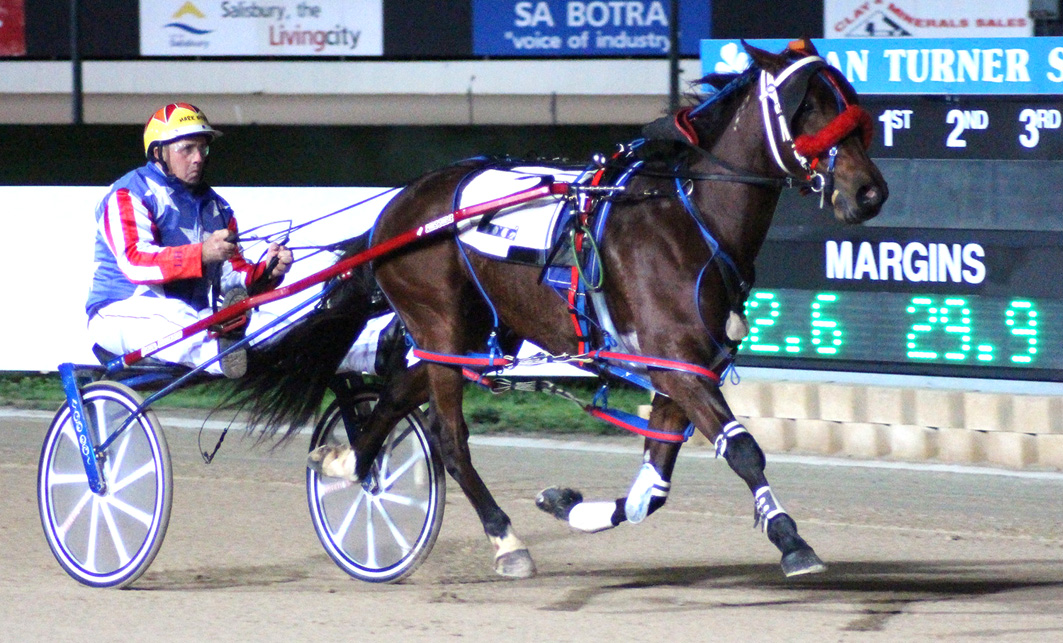 Princess primed to reign in Cup

WELL-PERFORMED mare Arm A Princess is in a prime position to make a clean sweep of the Winter Wunderland Cup series at Globe Derby...

WELL-PERFORMED mare Arm A Princess is in a prime position to make a clean sweep of the Winter Wunderland Cup series at Globe Derby on Saturday night.

Winner of her heat last weekend, Arm A Princess has drawn the pole in the Final, with trainer Lance Holberton stating the four-year-old “will be hard to beat.”

“It’s a good draw and the plan is to make the most of it,” Holberton said. “I imagine there will be a fair bit of speed to the first corner, so it will be a sprint, but she can hold her own.

“She just needs a bit of luck like last week and will be hard to beat.”

Rating Live For Peace as the one to beat, Holberton expects Marty Major to also play a role in the finish.

Runner-up behind Arm A Princess in their heat, Live For Peace will begin from the outside of the front row.

The Ryan Hryhorec-trained gelding is in top form with three wins and two seconds from his last five starts.

“Live For Peace is a pretty smart horse,” Holberton said. “His chances may depend on how hard they go early and how wide he is on the first corner.

“Marty Major is a consistent type, which is capable of turning the tables.”

With no major racing plans in mind for Arm A Princess beyond this weekend, Holberton revealed the mare will be sent to the breeding barn at the end of the season.

While no stallion has been selected, Holberton stated he is impressed by the credentials of Huntsville, which is due to arrive at Empire Stallions’ Victoria base for his debut season at stud.

“This is her last season before going to stud,” Holberton said. “While she only has a few months of racing left, she can definitely win a few more before she’s done.

“I read about Huntsville coming over on National Trotguide’s website earlier in the week and he certainly has a bit going for him and is a stallion to be given some consideration.”