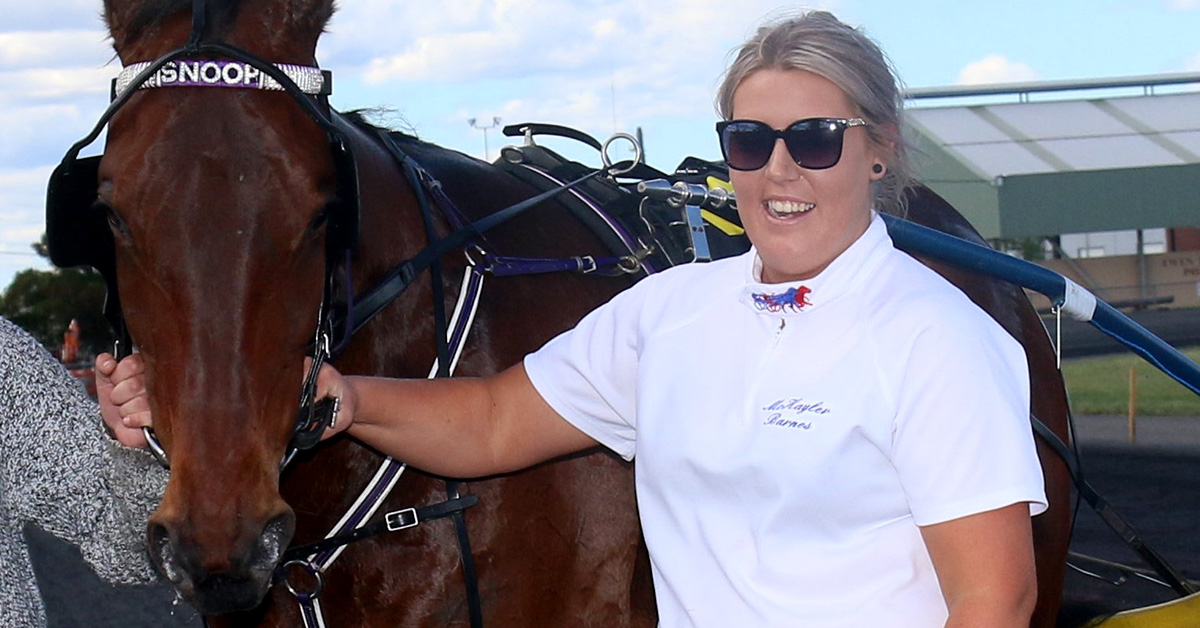 BACK FROM INJURY: McKayler Barnes.

Prior, Barnes leading the charge

TWO former winners and two of harness racing’s less-experienced drivers will have one thing in common when they hit the track at Young tonight,...

TWO former winners and two of harness racing’s less-experienced drivers will have one thing in common when they hit the track at Young tonight, hoping to win and seal a spot in the final of the prestigious Indigenous Drivers Series.

They are all women and all know they have quite a task ahead if they are to be there to take on some experienced men when the J.C. Caffyn Plate for Indigenous drivers is fought out at Menangle in the last week of October.

Amanda Dean and Jinaya Niass are the two ‘rookies’ looking to score their first drives in the big final at Menangle on October 27.

To do that they will probably need to win with their drives in the two qualifying races at Young this evening.

The other two reinswomen, Jessica Prior and McKayler Barnes have not only driven in the big final feature, they’ve both won it.

Prior scored in the prestigious series in 2015 while Barnes won it in 2017.

Based in Bathurst, Barnes missed much of last season with a broken leg, but is champing at the bit to get another shot at the title.

Dean has a great chance of qualifying after drawing $2.50 favourite Lucky Unlucky for trainer Brad Hewitt in Race 2, the first of tonight’s two heats.

Barnes (driving Gone Too Far) and Prior (Ring The Till) are both drawn off the back row and will need some luck if they are hoping to win.

Barnes gets a much better chance in the second heat, Race 4, as she will be aboard the $1.40 favourite RNR Windermere for trainer Amanda Turnbull.

Drawn the outside of the front line, RNR Windermere is a Menangle winner two starts back and should be too powerful for his rivals.

Niass and Dean are both driving $21 outsiders yet do have the advantage of front-row draws, while Prior will again need luck in running after drawing the outside of the back row with Limbo Larry ($13).

Some of these Indigenous drivers have covered hundreds of kilometres in order to contest qualifying races and get their shot at the Plate in October.

Club Menangle director Michael Brown, who has been the brains behind this series, and been all around the state to witness qualifying races, admits he did it tough last year when he had to tell some of the battle-hardened veterans that they had failed to make it to the final.

This year the equation is much simpler – win a qualifier and you’re in.

Mick Ko’Cass’ Menangle Monday Preview
Locals have it on a Plate
Rue back to chase a Menangle double
Where there’s a ‘Will’ thereR...
About author