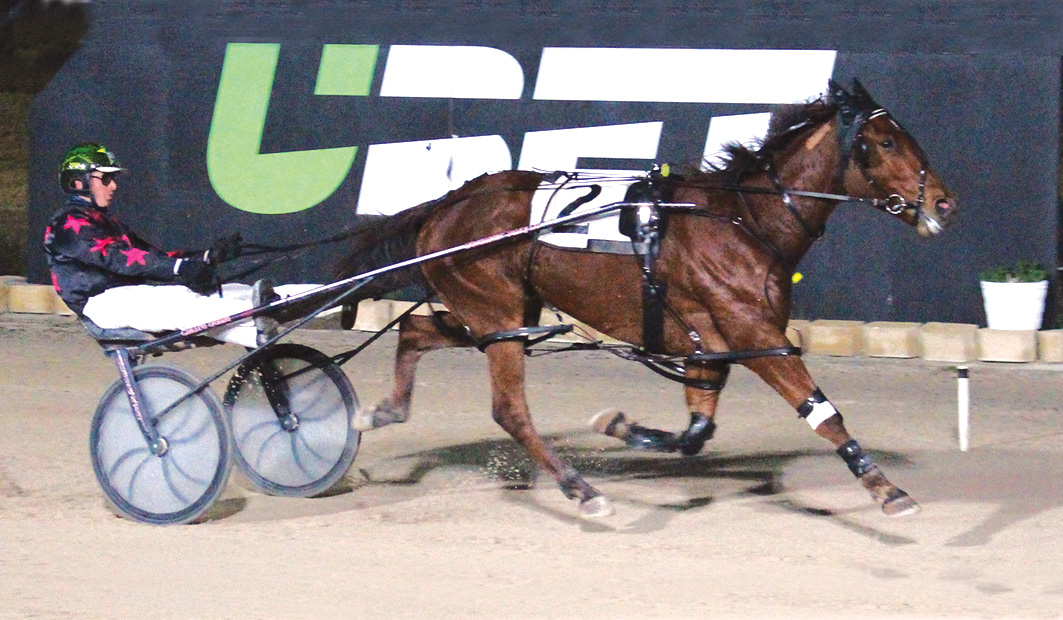 Goble prepared promising pacer Clarenden Hustler to capture the Alan Smith Memorial, named after the veteran trainer who passed away earlier this month.

A milkman by trade, Smith followed his father, Frank, into harness racing, including driving the great Minor Derby in track work as an early teenager.

Completing his first win with Coronation Day at Port Pirie as a 17-year-old, Smith became Australia’s equal oldest race winner at 81 when he partnered The Dutchman to glory last February 25.

“The Smiths are close friends so to win this race named in honour of Alan is very special,” Goble said.

“It’s also a little more sentimental winning with Clarenden Hustler as David (Alan’s son) did some work with him early on to help me out and drove him to his first win.”

Partnered by top reinsman Wayne Hill, Clarenden Hustler began quickly to lead from barrier six, with the remainder of the 1800-metre trip a formality.

Never seriously threatened, the son of Blissfull Hall was untouched to score from Kalinda and Lookofalegend in 1:58.7.

“He’s being going along really well and that was another good run from him,” Goble said. “Once he found the front I knew he had them covered.

“At this stage I’ll just keep racing him along as I find the right race, but I’m looking at the country cups with him later on.

“He goes well from the stand and should be competitive in the cups.”

Maiden Group One for trainer and driver
Maguire showing connections the money
It seems that elementary!
Chips gets the cash
About author