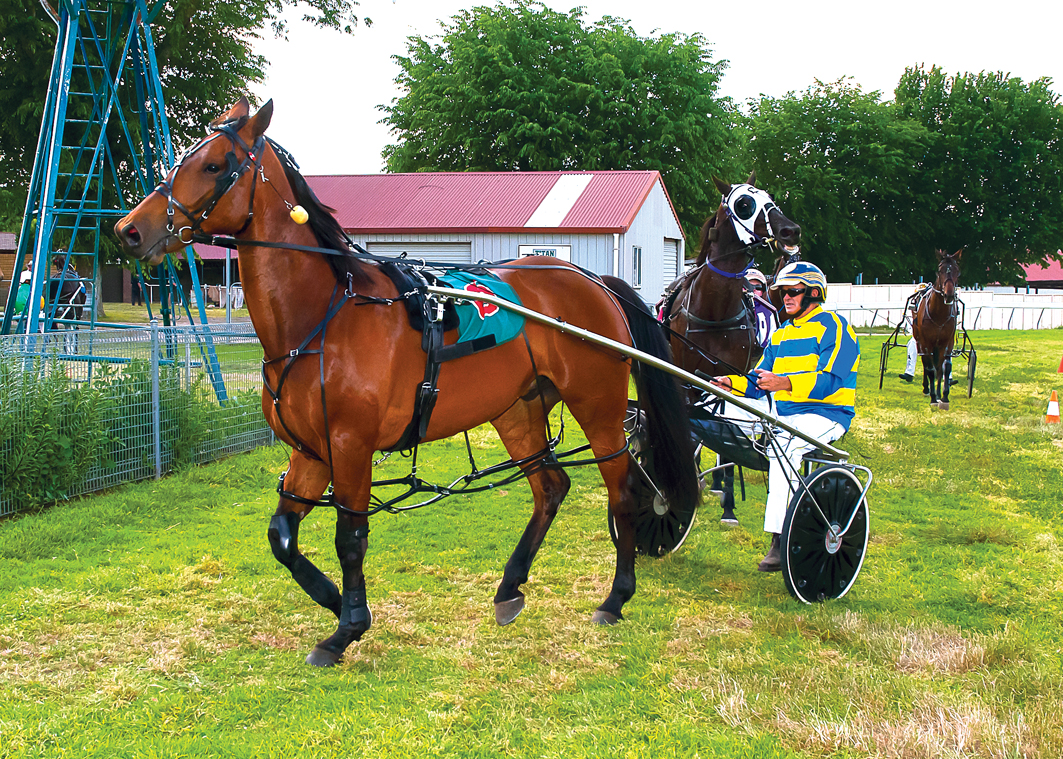 Promising type to emulate his dam

PROMISING pacer Shadow Dealer is looking to emulate his mother in Dubbo tonight.

Winner of his two starts this season, Shadow Dealer is engaged in the Dubbo RSL Club Final – a feature his dam, Aces Reign, captured in 2011 when driven by Dean Chapple.

Moonbi based trainer Wayne Gray is keen to see Shadow Dealer join his dam on the honour roll.

“I won the same race with his mother seven years ago,” Gray said. “It would be a bit unique if he could win.

“I set him for the race as I thought we would give him a chance and he won the heat first-up.

“It was a pretty tough run and he had to work hard early as I drew the six. We sat outside the leader (Our Pocket Rocket) all the way and he just pulled away from them.

Gray co-owns the son of Shadow Play with his good friend of more than 30 years, Greg O’Sullivan, and his son Adam.

“I had horses with Greg when I trained professionally,” Gray explained. “He came along with Aces Reign and he told me she gallops a fair bit and I thought ‘what have I let myself in for here?’

“It took me a couple of years getting her going and she ended up winning 11 races.

“We retired her and bred two foals out of her – this is the second foal.”

To be driven by Gray, Shadow Dealer will begin from barrier seven – the inside of the second row.

“He has only been out of a placing once,” stated Gray pointing to Shadow Dealer impressive record of 15 starts for six wins and eight placings.

“He hit the mobile at Tamworth one start and galloped. He ran fifth and that was his only unplaced run.

“I think he will get better each year. He is a lot stronger this year as a four-year old.”

Gray made his way out of retirement a few seasons back at the insistence of his O’Sullivan, with Shadow Dealer his only horse in work.

“I use to train about 20 horses but he is the only horse that I have in work now,” Gray said. “I was sort of forced back into it as Greg kept at me for about 12 months before I said I would.