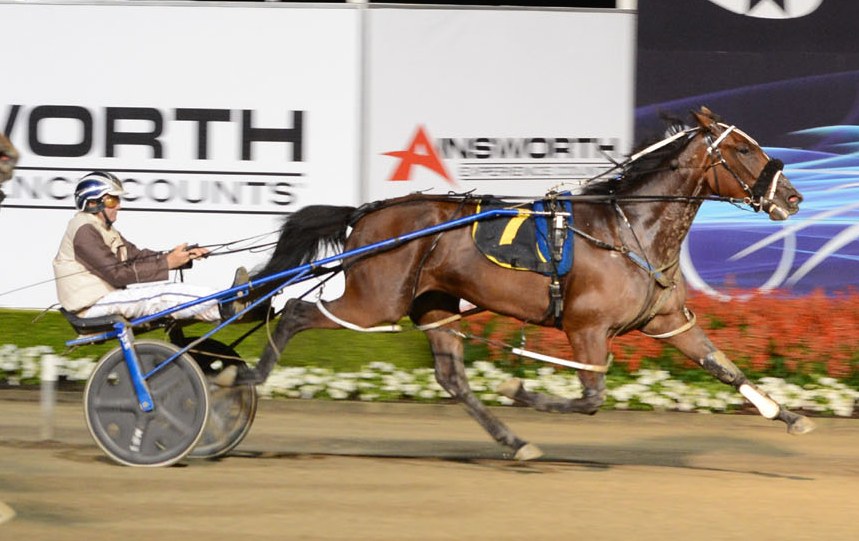 THE presence of some of the sport’s future stars gives today’s Menangle meeting a major boost with four heats of the much-lauded Breeders Crown...

THE presence of some of the sport’s future stars gives today’s Menangle meeting a major boost with four heats of the much-lauded Breeders Crown series to be contested.

With the rich finals at Melton just a month away, two of Australasia’s most powerful stables will roll out their big guns in today’s heats as they head for the August 19 semi-finals at Bendigo.

Mark’s Purdon’s Christchurch-based All Stars stable will be one of the headline acts with the promising Sicario to tackle the two-year-old colts and geldings’ heat (Race Three) with Luke McCarthy deputing for Purdon in the sulky.

He also has the impressive Partyon in the three-year-old fillies’ heat, fresh from a win and a placings in Queensland’s two major Oaks features.

Then he will look to the newest ‘big gun’ when Bettors Delight youngster The More The Better looks to continue an unbeaten Australian campaign when he contests the three-year-olds’ colts and geldings heat.

Purdon and his training partner Natalie Rasmussen have steered The More The Better to wins at his past three Australian starts in Queensland, including success in The Premiers Cup and 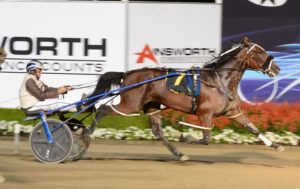 Still Purdon has no qualms about putting big-race reinsman Luke McCarthy in the ‘hot seat’ for today’s challenge as The More The Better looks to add to an imposing record that has seen him win 11 races and finish runner-up nine times, with two third placings thrown into the mix from just 23 starts, most of them at New Zealand’s two premier tracks Addington and Alexandra Park.

It should all to a big afternoon for McCarthy, who will head to Sydney’s No. 1 track fully expecting to land a winning treble for the All Stars stable.

McCarthy was at Menangle last Tuesday to handle Sicario in a 1609m trial for Purdon and the son of Somebeachsomewhere looked on song as he accounted for a smart field with consummate ease, rating 1:55.3 to beat Theartofinfusion and Longshanks by a widening 9.7m margin.

With only five rivals to contest the Sydney Breeders Crown heat, Sicario should have no trouble securing his semi-final spot.

The amazing thing about today’s meeting is that it won’t be Purdon’s big trio but another youngster which may well steal the spotlight.

While last-start winner Love My Sister and promising fillies Alex Pollizzi, Well Disguised and Art Series will also contest this heat, My Sweetchilliphilly already has several feature wins on her resume, including the Bathurst Gold Tiara and the Pink Bonnet Stakes.

She has looked right up to the mark for her first-up assignment with two trial wins at Menangle, including one in 1:53.6 three weeks ago where she won as she liked, scoring by 6.4m and closing with a 27.7 split.

While she wasn’t eligible for the NSW Breeders Challenge, the Trittons decided to give her a slight let-up with a view to securing the Breeders Crown.

She should have little trouble steering that path with success at Menangle today.

Here’s all the winners for Menangle Saturday
Here’s how to back a winner at Menangle toni...
Davies’ hoping for a treble
Playing his cards close to his chest
About author