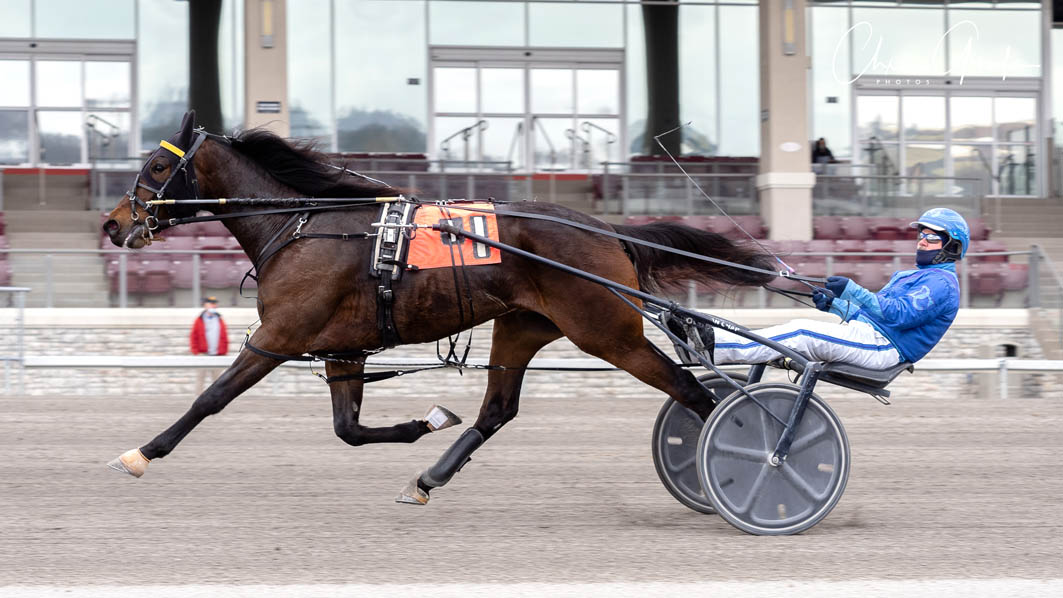 QUALITY trotter Jujubee and Whiskey Blu, old rivals from a spring late-closer event, showed how well they’ve developed Friday at The Meadows, as each...

QUALITY trotter Jujubee and Whiskey Blu, old rivals from a spring late-closer event, showed how well they’ve developed Friday at The Meadows, as each captured a division of the Super Bowl, a $147,706 Pennsylvania Sires Stake that wraps up the four preliminary legs in the series for three-year-old colt and gelding trotters.

With two wins and as many seconds, Jujubee cemented a berth in the $250,000 championship while Whiskey Blu’s two victories likely will earn him a slot. All four finals for sophomores are set for Sept. 4 at Pocono.

Jujubee quarter-poled to the top for Tony Hall and never had an anxious moment, defeating the rallying Ethan T Hanover by four lengths in a career-best 1:53.1. Early leader Sunny Crockett completed the ticket.

The son of Creatine-La Cantera now has won 11 of 17 starts and $148,607, and Greg Wright junior, who trains him for Jon Erdner, indicated he wasn’t sure last year Jujubee would emerge as that kind of performer.

“I knew he had the right attitude, but I wasn’t sure he was quite that fast,” Wright said. “The PASS Final is the only big race he has left, but we’ll look around and see if we can find something for him at the Meadowlands or Hoosier Park. We’ll play it by ear.”

“In the last turn, I was trying to keep everyone locked in to make sure I had enough trot to get home,” Wrenn said. “He was very strong at the wire. As soon as I let him trot down the stretch, he won pretty easily.

The Southwind Frank-Kendall Blue gelding buffed his sparkling career numbers — 12 wins in 17 outings, $175,003 in the bank.

Elsewhere on the card, Lindys Goin Crazy hit the ticket in eight of his 12 previous races this year, but somehow that first seasonal win eluded him.

“He likes it on the front. He’s been sitting in the two hole, and usually he finishes second,” said winning driver Andy Miller.

“It always seems like there’s some horse a little better. He dug in today, and he kept digging. He’s Kentucky eligible, so I might take him there for a couple weeks.”

Make Sure Its Cold was a head back in second while Robbie Peb earned show. Julie Miller conditions the son of Cantab Hall-Crazy In Lindy for Andy Miller Stable, GTY Stable, Jean Goehlen and L Berg Inc.