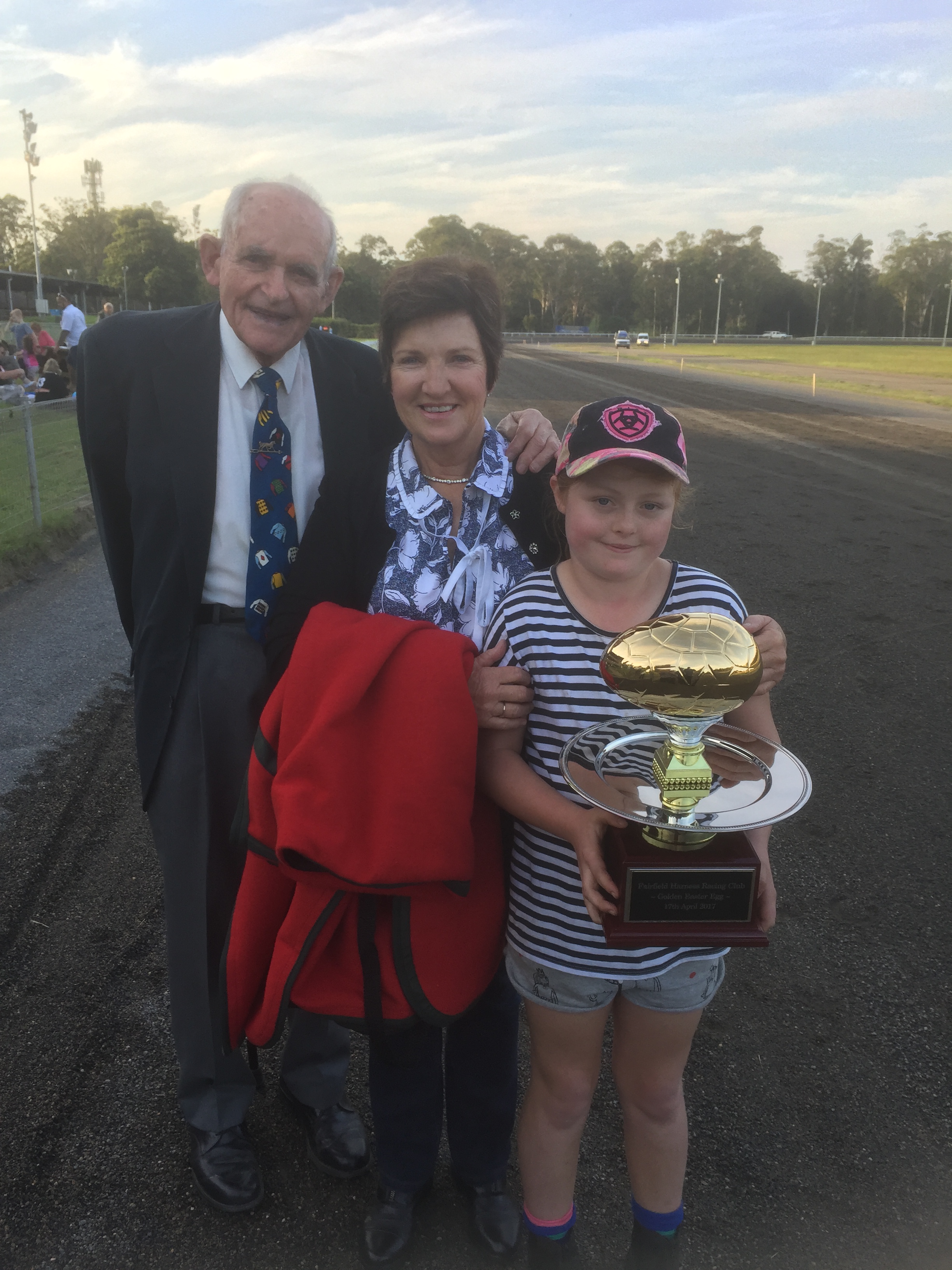 LEGEND: Colin Watts OAM (left) with Flora Robson and a youngster at his beloved Fairfield

Colin Watts1
YOU would have to travel an awful long way in harness racing and cover a lot of tracks to find a nicer man than...

YOU would have to travel an awful long way in harness racing and cover a lot of tracks to find a nicer man than Colin Watts, OAM.

The 93-year-old former trainer-driver was named in the Queens Birthday Honours List today . . . and for his sheer services to the harness racing industry, no-one would argue that it wasn’t well-earned and well-deserved.

And while we could long praise his efforts in the sulky and on the training tracks as there were so many highlights, such is the quality of the man that he made just as big an impact off the track over the years as he continually sort to give harness racing and its players a brighter future.

HRNSW chief executive John Dumesny described him as “an utter gentleman who always put the best interests of the industry first.”

And Colin Watts has long lived by the adage “I like to make friends and keep friends” and he has made many along life’s journey.

“I guess I’m lucky I still have most of my faculties at 93,” he chuckled when we caught up with him after news broke of his OAM on Monday morning.

“I don’t know who nominated me and where it came from, but there it is, so it’s nice to be rewarded for a lot of years involved in this industry.

“I found out about it last week and they told me I had to keep it a secret and not tell anybody that week.

“So, naturally I didn’t tell a soul.

“I’m pretty proud to receive this, I will admit that.

Watts said he first joined the Fairfield committee in 1962.

“The last 12 months we haven’t been operating but I had 14 years as president and did a bit before that in the administration field,” he said.

“I was secretary of the Central Trotting Association for 10 years when that was a big thing and 19 years with the Professional Horsemens Association as treasurer and also did a few things for drivers that were injured and that sort of thing.

“I’ve just tried to do my best.

“I’ve had some highlights with some good wins.

“Oligarch was a good horse for me and that was a highlight because I was the only person who was the breeder, owner, trainer and driver of a Cup winner, so that was something special.

“Oligarch means a person in supreme command, actually, so that turned out alright.

“He beat the great Halwes that night.

“I finished second to Halwes the start before and my father (the late great J.D. Watts) said to me that he thought I had gone a bit too early.

“He said I had let Halwes come down the track a bit on the turn as he used to hit his knees.

“If you hadn’t kicked away he would have been four-wide instead of coming down the turn three-wide, he told me, and he got up and beat me by a neck that day.

“But the next time I beat him, so that was pretty special.

“Yamamoto was also a big thrill as he won the Inter Dom trotters, which was supposedly the biggest race I won.

“Trunkey Wish won 20 traces at Harold Park, so he was a nice horse too.

“I never had a big team, only enough so I could give them special attention.

“I’ve reared four boys and they all did well at uni and I also had a lovely wife, Shirley for 52 years and she was a great supporter too.

“Luckily I still have my marbles, so that’s something.”

Watts says his eyesight is failing him these days and he uses a large magnifying glass to read the trotting fields.

“Gee, I miss the print edition of the Trotguide, because it was my way of keeping up with everything going on in trotting,” he said.

Colin still sends about 80 Christmas cards each year to his many friends in the industry.

“I can’t actually see what I’m writing now, I’m doing it from memory, so hopefully people understand that,” he said.

As he said: “he’s made friends – and kept friends”.