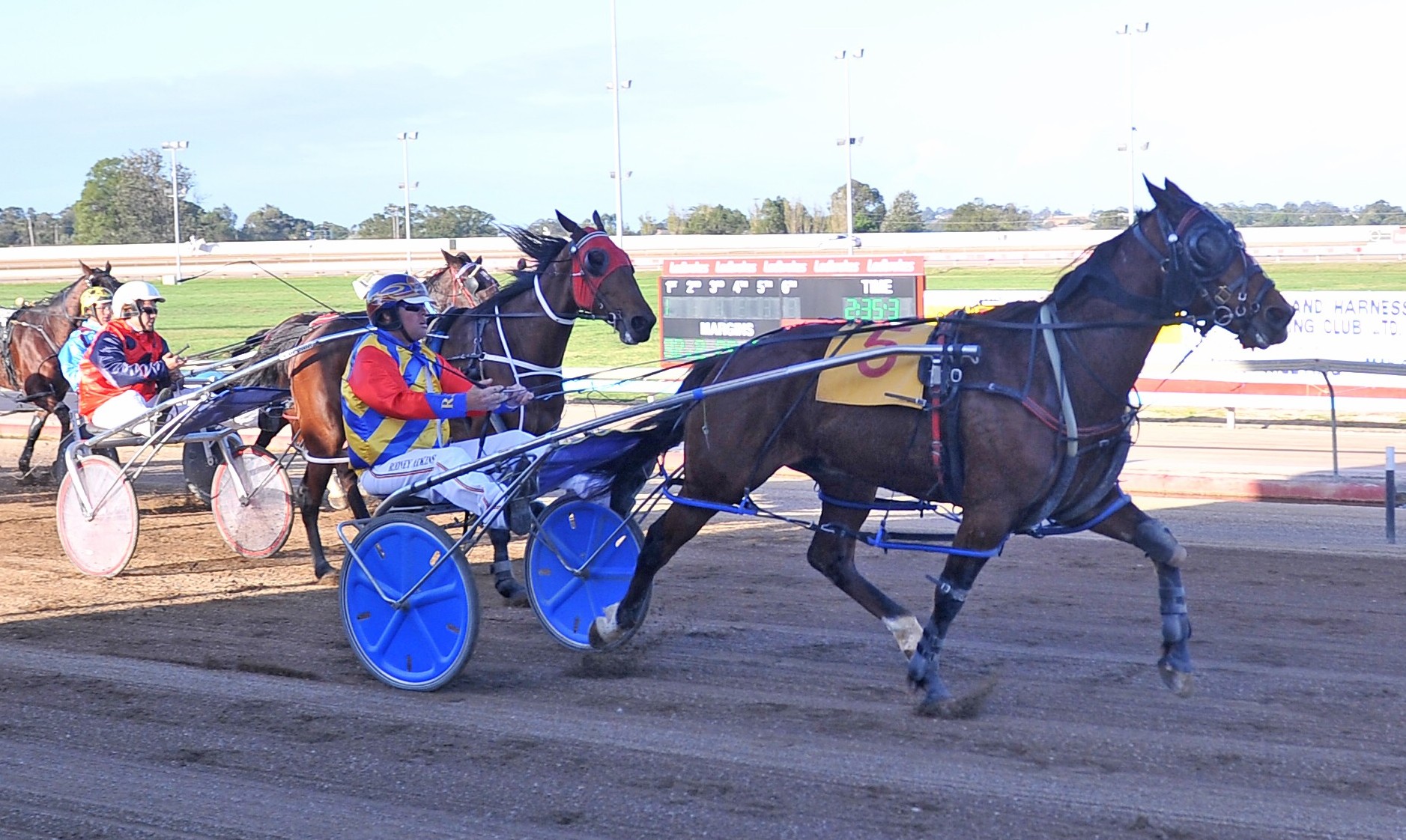 RACE START No 73 PROVES A WINNER

BUY the man a drink! Rodney Atkins is still in shock after the win of Hear The Thunder in the Windsor Castle Hotel Pace...

BUY the man a drink!

Rodney Atkins is still in shock after the win of Hear The Thunder in the Windsor Castle Hotel Pace at Maitland on Monday evening.

As an owner-trainer-driver Atkins has endured 73 race starts over a five-year racing career of the Armbro Operative-Our Paleface Lass seven-year-old gelding before scoring his first win.

“It’s about time” said Atkins after the win.

“I guess the law of averages always comes around.”

Hear The Thunder has produced seven placings over his racing career.

After lining up from the five barrier, Hear The Thunder raced three back on the outside running line while race favourite Awesome Stride from the Michael Formosa stables led the field.

“He got past the 400-metre mark and rallied on” added Atkins.

Racing three wide around the final turn Hear The Thunder worked his way to the lead down the home straight and went on for a 4.3m win over Just Milhouse (Damien Smith) with The Eye Of Eden (Mark Callaghan) another four metres away third.

“I have had some thrills and today was one of them – actually it is a big shock to me,” he said.

“His price is his form – he never showed any consistency and now he is going from the lowest horse to a celebrity today,” said Atkins.

“It has been a long five years – especially for him but the last sectional of 32.8 sec helped him out – today was his lucky day”

“You don’t often see horses going around with 72 starts and then win their first race.”

With seven horses in work Atkins had a good day at the Maitland meeting:

“I had a win and a third (Lembongan Lyf) and a fourth (Crafty Cullen) from my own stables and a second for Robin Hosking (Final River).