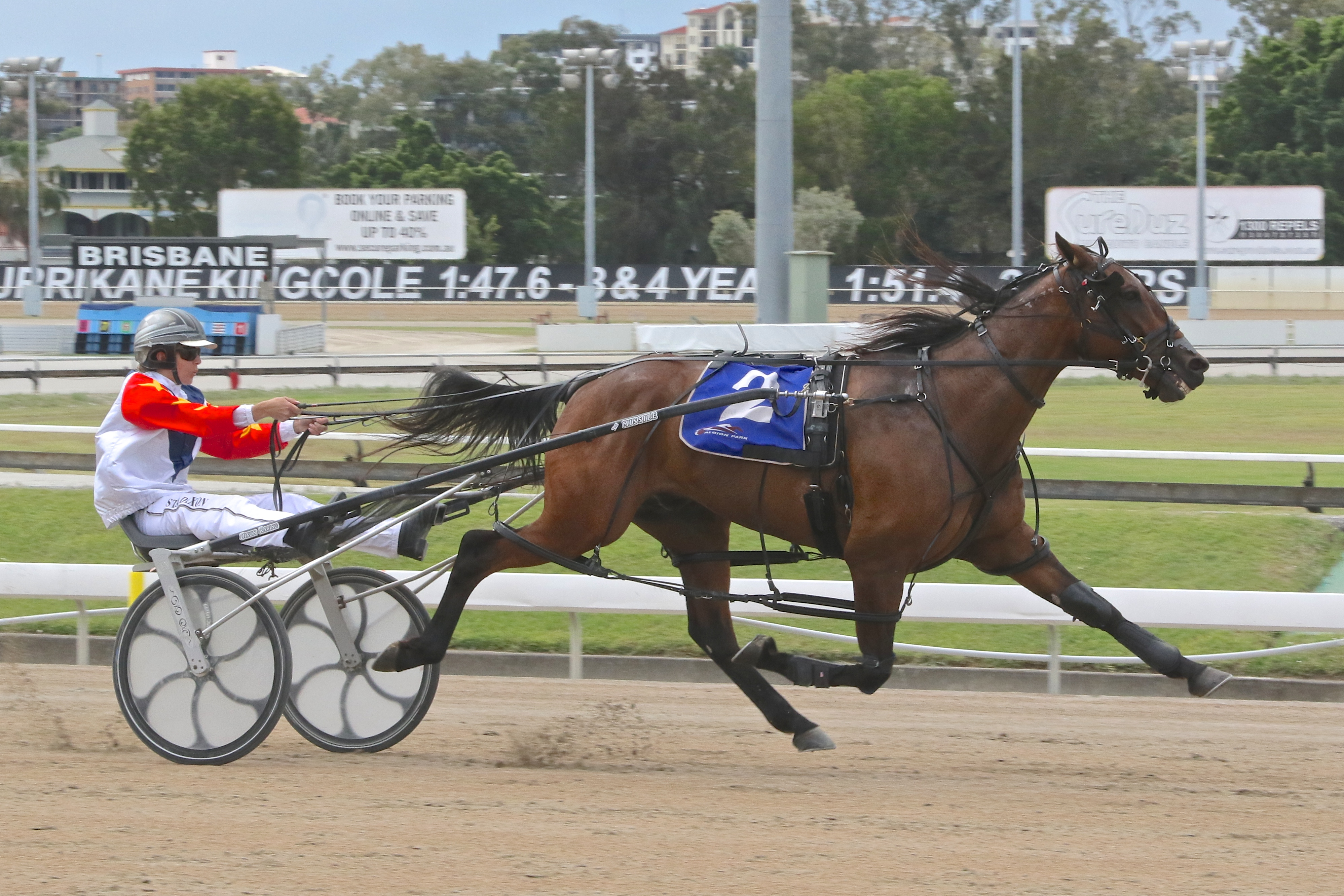 OUTSIDE CHANCE: Alleluia, to be driven by Robbie Morris

Randos hold the key to success

Menangle161 Morris8 Rando1
HOLIDAYS and postponements will be put aside at Tabcorp Park Menangle today as some of Sydney’s major harness racing stables swing into action. The...

HOLIDAYS and postponements will be put aside at Tabcorp Park Menangle today as some of Sydney’s major harness racing stables swing into action.

The Tuesday meetings are the perfect opportunity for trainers with square-gaiters in their teams to pick up some expenses.

Joe and Mary Rando have one of the biggest teams of trotters in work and with three of the seven runners in Race 1, including the favourite Revy Jay ($2.50), could go close to bagging the trifecta.

They share the drives around among some of the best young reinsmen and women in the state and Cameron Hart, regarded as a future star of the sport, will pilot $2.50 favourite Revy Jay in Race 1 and with her good manners and a last-start winner from the stand, should be able to make it a hat-trick of wins.

The Randos also have Do Ball (David Morris) and Crazy Ben (Jim Douglass) in the opener and both are beginning to show signs that success is not too far away.

Meanwhile, back from a brief but disappointing trip to Queensland, KerryAnn Morris’ ace trotter Princess Kenny should relish a return to her home track and be the one to beat in Race 2.

Gun reinsman Rob Morris took Princess Kenny north to tackle the rich D. J. Alexander Memorial Trotters series and she was not at her best in either of the two heats she contested.

Yet her Menangle record is almost impeccable, and she won five of her previous six starts at Menangle so the wide-open stretches obviously suit her style.

Rob Morris has also had a brief holiday after campaigning in Queensland and should be refreshed and ready to strike at Menangle with a big book of drives.

He will also partner Petes Big Jim, the even-money favourite for KerryAnn Morris in Race 4 as well as Its Mesmerise ($4.50) in Race 7 and Dark Energy, who looks over the odds at $11 in early markets for Race 8.

And champion Queensland trainer Grant Dixon has snapped up Morris to partner one of his stable stars Alleluia ($26), who will have his first Sydney start in Race 10.

Although he hasn’t won a race in almost 12 months, Alleluia has been competing against some of the best pacers in the Sunshine State and looks way over the odds at $26.