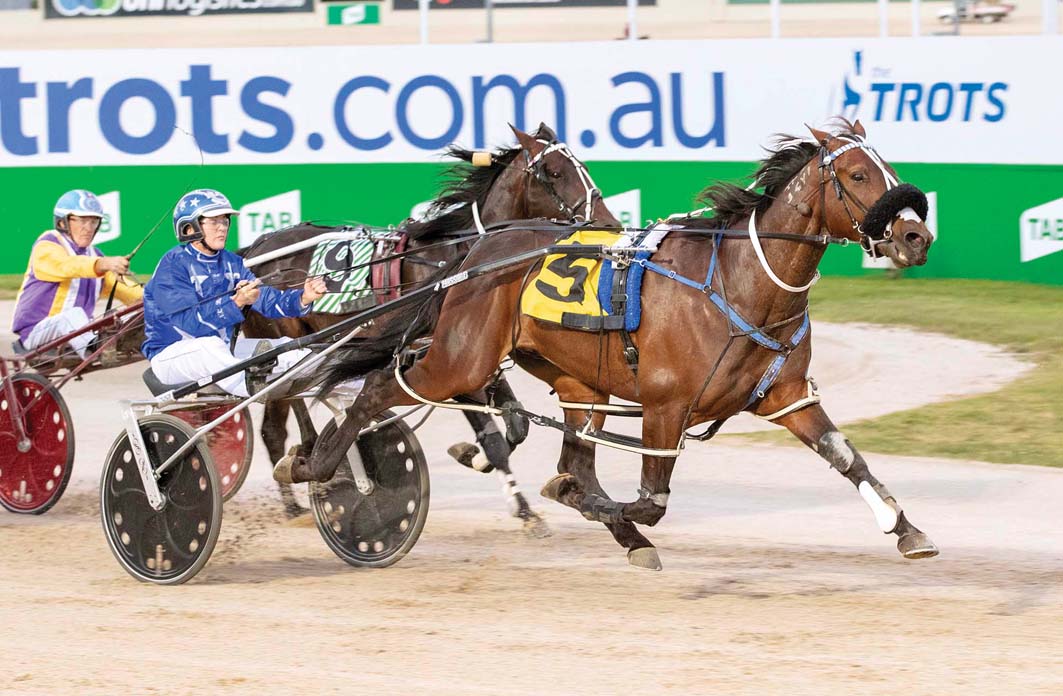 WITH an enviable problem to solve, Natalie Rasmussen will spend a few days deliberating over her options before making a decision. Rasmussen has partnered...

WITH an enviable problem to solve, Natalie Rasmussen will spend a few days deliberating over her options before making a decision.

Rasmussen has partnered Cruz Bromac and Spankem during the Inter Dominion heats, with both qualifying for Saturday night’s Final at Tabcorp Park Melton.

Cruz Bromac is unbeaten from three starts in the series while Spankem has two wins and a third to his name.

Rasmussen’s thought process will take in a discussion with her co-trainer, Mark Purdon.

“I haven’t chosen which one I will drive yet,” Rasmussen said. “I’ll have a think about it and talk about the various options with Mark and go from there.

“Both pacers are in a great place and will be hard to beat in the Final.”

While the barrier draw will play a role in Rasmussen’s choice, she stated it will only be a minor factor.

“I’m not too worried about the draw,” Rasmussen said. “So often the draws are just a number.

“That said, I just don’t one or one on the second row…they’re two draws I don’t like.”

Rasmussen rounded out the qualifiers the same way she started them – with a double.

Opening the night with Spankem, Rasmussen then combined with Cruz Bromac, which rated 1:56.5 over 2555 metres with his time a second-and-a-half quicker than his stablemate.

Driven by Todd McCarthy for trainer Kevin Pizzuto, Tiger Tara worked to the lead from barrier four on his way to a metre win from Our Uncle Sam, with San Carlo two-and-a-half metres away third in 1:57.1.