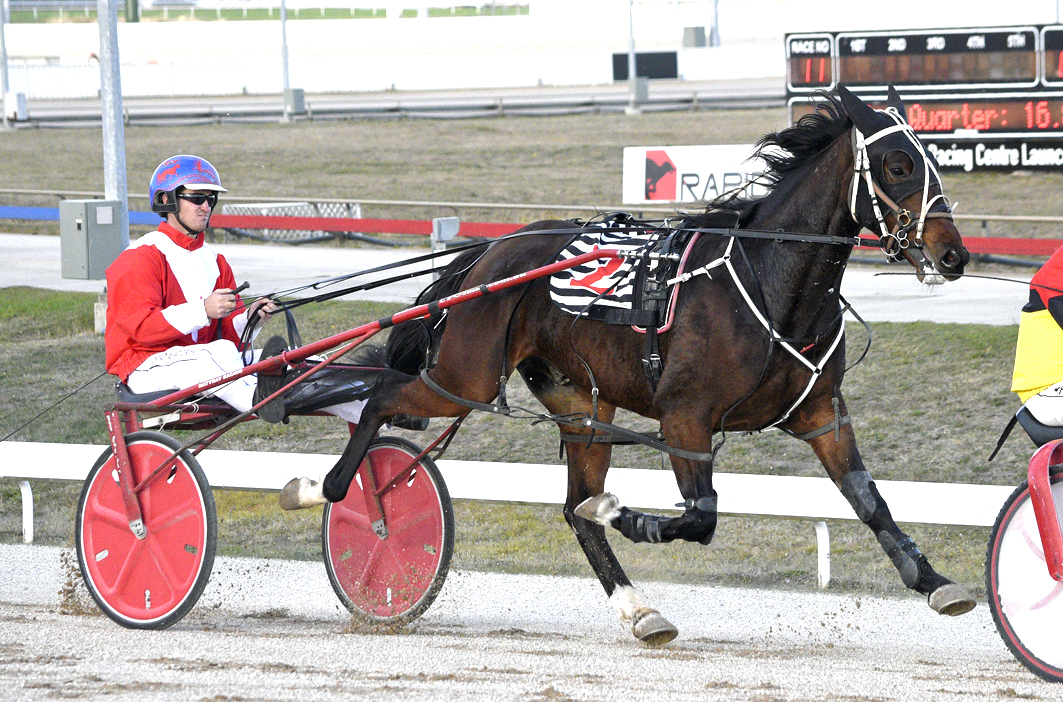 ALREADY a multiple premiership winning horseman, Barrie Rattray is now angling for a premiership as a father. And his prospects of a ‘top Dad...

ALREADY a multiple premiership winning horseman, Barrie Rattray is now angling for a premiership as a father.

And his prospects of a ‘top Dad title’ are pretty solid following last night’s Young meeting.

Better known for gracing the various winners’ circles in Tasmania, Rattray visited the New South Wales country town so his son, James, could spent some quality time in his home state for the weekend.

Based in New South Wales, James had a pair of runners at the provincial program, with Rattray not only handling the logistics, but also reining one to victory!

“We were actually still in Sydney anyway, so it wasn’t really that much of an effort,” Rattray said. “But I’m happy to take any credit that might go with it.

“This morning we were at it again, screwing some of the roofing down and we’ll head home tonight.”

Angled three-wide during the middle stages, Ignatius was sent forward to test the leader from the ‘death seat’.

Forging his way to the front at the top of the home straight, Ignatius completed a two-and-a-half metre win from the fast-finishing Pat Stanley, with Maximus Red a metre-and-a-half away third.

Rating 1:58.9 over 2100 metres, the son of Roll With Joe stretched his record to an impeccable nine wins and a third from 10 starts.

“He is one of the special ones, right in the top bracket, but where he fits we won’t know until he has a go at them…time will tell.”

Earlier on the card Codi Rauchenberger combined with the James-trained Melanna Beach to score from Miss Kenny and Millions Dollar Gem.

Leading throughout from the pole, Melanna Beach registered her third win from her last four outings.