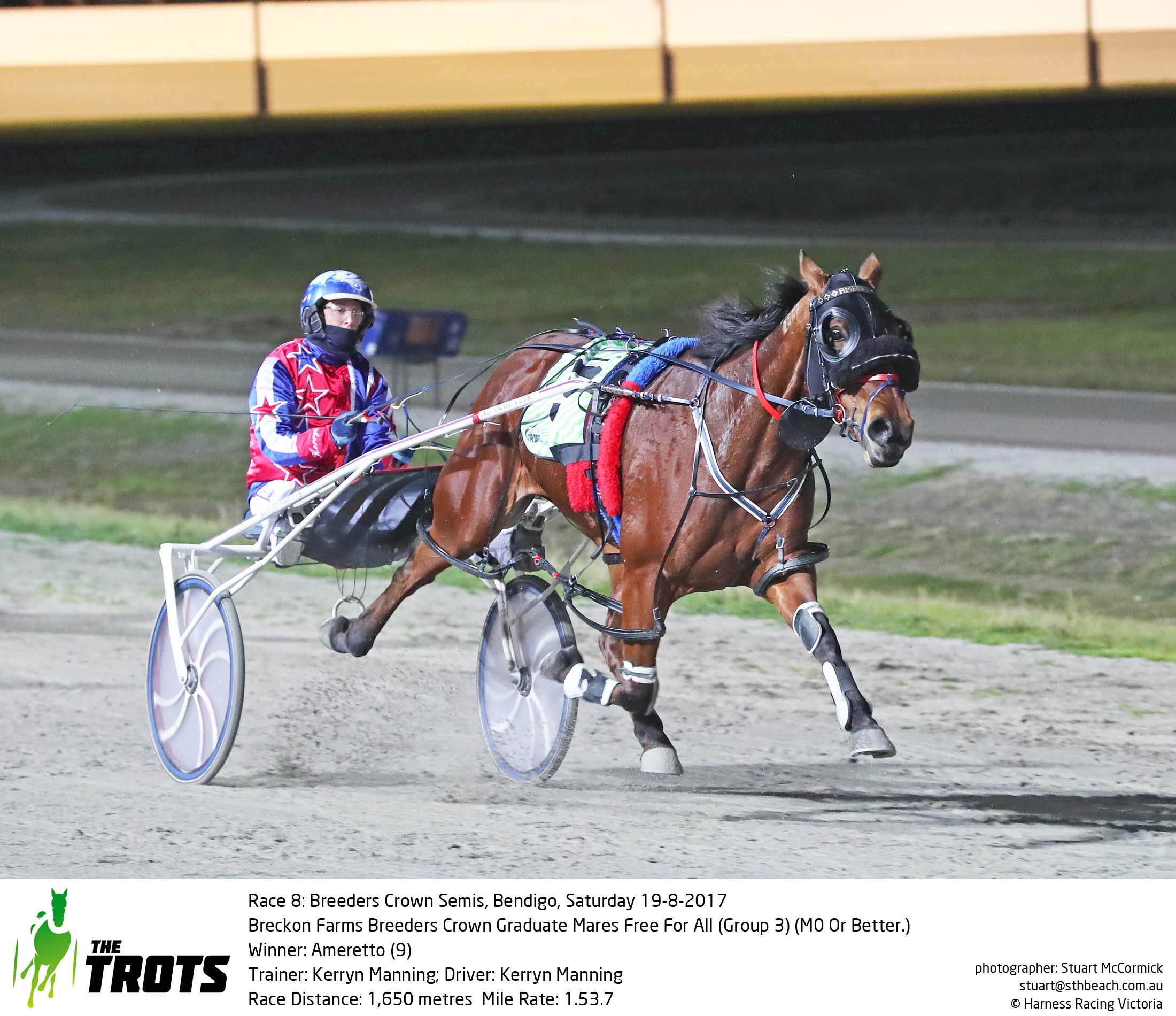 Following her success at Tabcorp Park Melton, trainer Kerryn Manning has set her sights on next month’s Victoria Cup.

The Group One is scheduled to be staged at Melton on October 14.

“Given the right draw and run in the race, she could give the boys something to think about,” she said. “She can run amazing sectionals, so if she is close enough she will finish strongly.”

Revelation since joining Manning’s team, Ameretto has won her latest six starts, including The Tailamade Lombo in effortless fashion.

With Manning holding the reins, the six-year-old was caught wide from the outside of the front row before working her way to the front.

Ameretto rated a brilliant 1:51.5 over 1720 metres, with her time just seven-tenths of a second outside Cold Major’s track record.

“She did a bit of work before finding the front and was still strong on the line,” Manning said. “She is racing in great form and is feeling very good about herself.

“She’s always been a good mare as he record shows and she has been enjoying been here – as they say, a change is as good as a holiday.”

The daughter of Million Dollar Cam provided Manning with the second leg of a double, with the world champion combining with Mr Mojito earlier in the evening.

With each quarter covered in 28.1 seconds, Mr Mojito accounted for Maximan and My Kiwi Mate in 1:52 over 1720 metres.