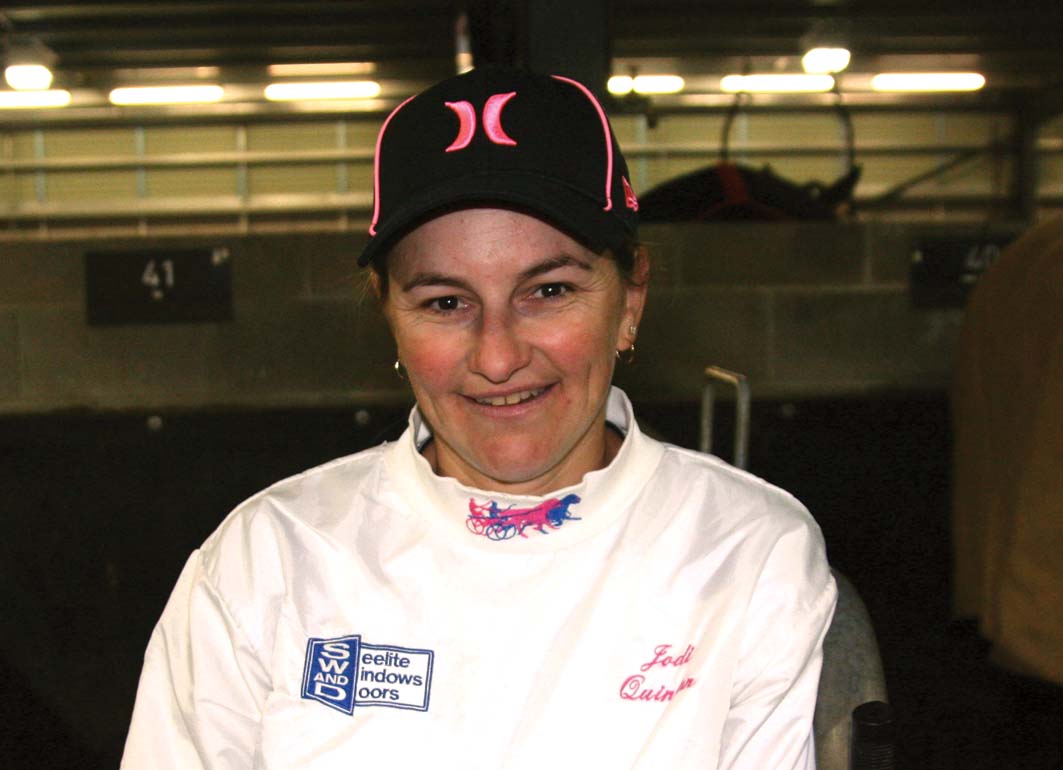 Reason to smile during rehabilitation

WHILE her recovery is taking longer than anticipated, top horsewoman Jodi Quinlan has had at least one reason to forget her frustration. Involved in...

WHILE her recovery is taking longer than anticipated, top horsewoman Jodi Quinlan has had at least one reason to forget her frustration.

Involved in a ‘freak accident’ at Tabcorp Park Melton last Christmas Eve, Quinlan is still working through various forms of physical therapy while also trying to “rest as much as possible”.

Quinlan was leading a runner from her stable and a sulky into the venue when the horse took fright and lashed out.

Receiving a severe kick to the side, Quinlan was taken to hospital where examinations revealed she had a laceration to the kidney and three fractures on side of her spine.

As such Quinlan has been sidelined from the sulky, but has managed to continue her training operation, which has seen promising freshman Shadowman make trips to the winners’ circle during his last two starts.

The son of Art Major is part-owned by Quinlan’s mother, Cheryl.

“I went to a neurologist last Friday who said my body is not healing as he would like so has changed things up on me – including more rest,” Quinlan said.

“I’ve got to get my body moving to strengthen up the muscles but at the same time rest as much as possible!

“I was told as part of my rehabilitation I have drive some in track work, so I’ve been driving one every second day.

“I hope to be back driving as soon as possible, but even then I will build up slowly.”

As for Shadowman, he will be looking complete a hat-trick when he heads to Melton on Saturday night.

Engaged in the final two-year-old event of the season, the Australian Pacing Gold purchase has drawn the widest of the five starters.

“He is close to the end of his tether, but is still feeling pretty good,” Quinlan said. “The small field will help, as no matter where he settles, he won’t be far off them.

“He should be pretty hard to beat from there.

“Everything he has done so far gives the impression he will get better going forward and a good spell after this weekend will do him the world of good.”