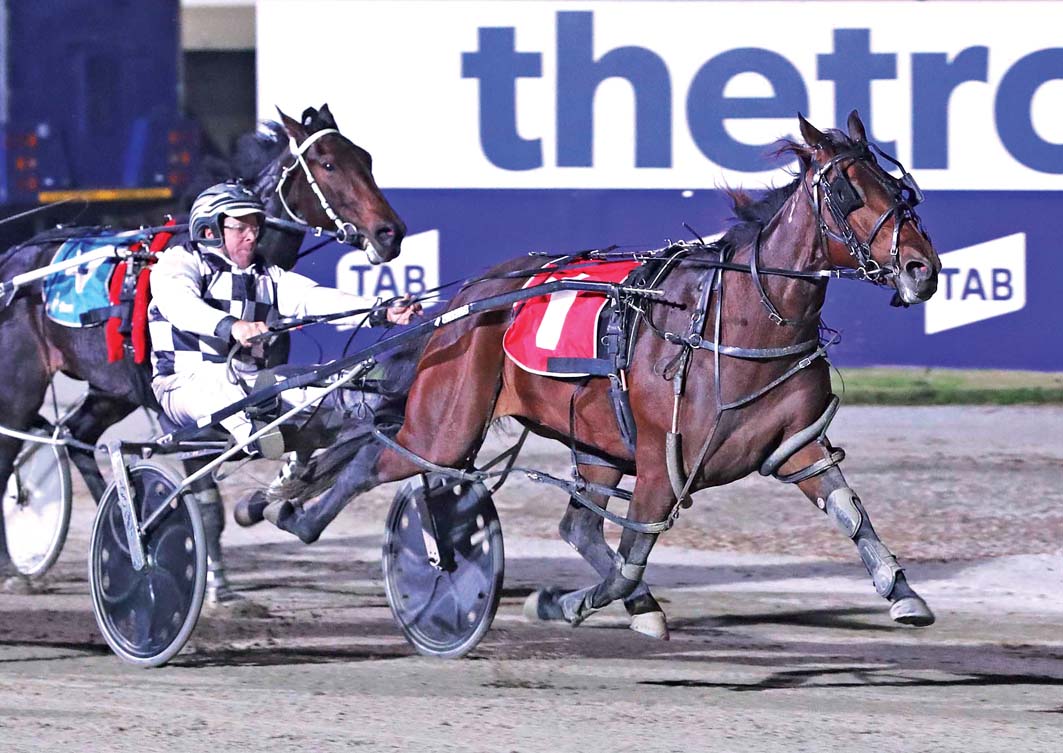 Recent history on Oaks raider’s side

Making the long trip south to contest the Victoria Oaks with talented filly, Aqua Miss, Dixon is looking to complete a clean sweep of the state’s pacers’ Blue Ribands for the season.

A 20/1 outsider, Colt Thirty One overcame barrier 11 – the same draw Aqua Miss has received, which has resulted in her being listed at the same odds!

As coincidental as that may seem, the similarities between the stablemates is not the recent trend Dixon is relying on.

Dixon is looking to the fact the two previous trainers to win the Derby returned later in the season to secure the Oaks.

“It would be good if that was the case again this year, but it’s not going t be easy,” Dixon said. “This is racing, so never say it can’t happen, but she has a pretty big task ahead of her.

“That said, she is great within herself. She was bright straight after her heat and has been working well all week.

“She’s good enough to be there, but will need luck in the run to come away with the win.”

Earmarking Shez All Rock as the one to beat, Dixon believes numerous entrants can claim the Group One without causing a shock.

Winner of the New South Wales Oaks last February, the daughter of Rock N Roll Heaven is a $1.70 favourite from barrier three.

An Australian Pacing Gold purchase, Shez All Rock boasts an impeccable record of six wins and a second from seven starts.

“There are a lot of good fillies there, so it wouldn’t be a surprise if any of a given number of them were to win,” Dixon said. “Shez All Rock looks like a special filly and is the one to beat, but there are several which can take it out with the right luck.”